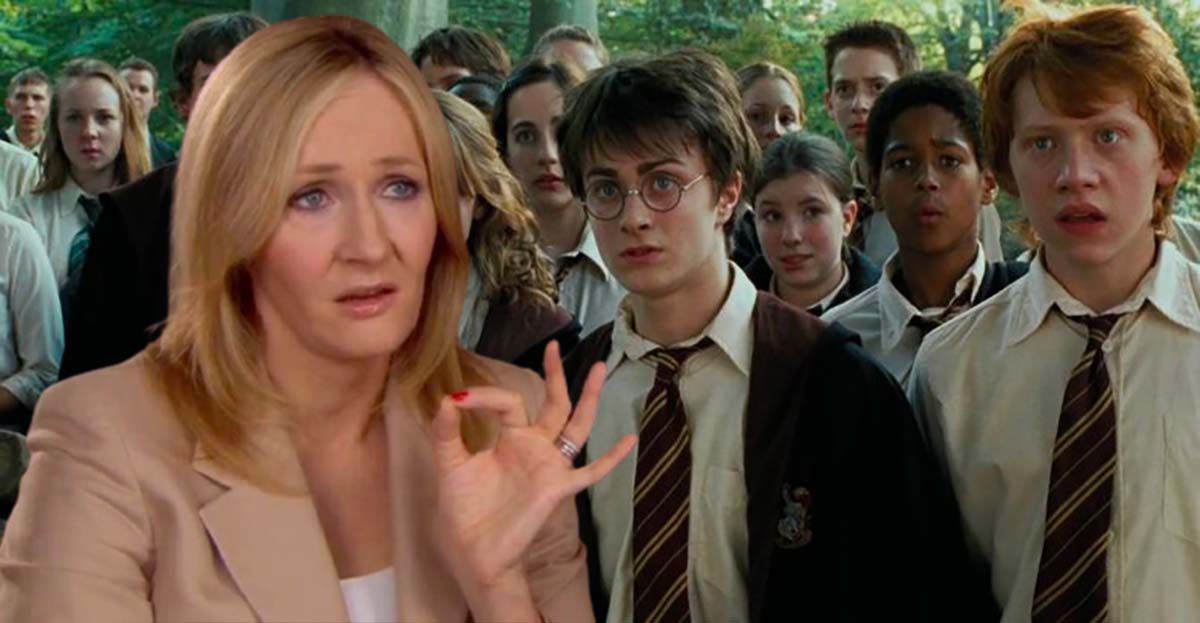 Accused of transphobia for many months, JK Rowling is in an uproar. Today we hear of a school’s radical decision against the British author.

Destruction of an icon

The recent documentary Harry Potter: Return to Hogwarts, released on Salto on January 1st in France, reminded us of how much JK Rowling’s work was valued. We remember that in the middle of Pottermania, the Edinburgh author was iconized, presented as a courageous and intelligent woman.

But for a few months now, JK Rowling has no longer smelled of holiness. After controversial statements, the British writer is regularly accused of transphobia and, more recently, anti-Semitism. Accusations that get a lot of reactions on social networks.

While the actors in the saga condemned the author’s polemical remarks, civil suits were launched to distance themselves from JK Rowling. For example, a few weeks ago you were told that two Quidditch leagues had informed the public of their intention to change the name of the sport, partly because of the author’s statements that were classified as transphobic.

In England, Boswells School in Chelmsford, Essex has renamed one of its six buildings in honor of JK Rowling. According to Stephen Mansell, the director of this school that accepts children and teenagers ages 11-18:

In autumn 2021 we renovated and renamed one of the school buildings due to numerous inquiries from students and employees as well as a coordination of the entire school.

The director of Boswells School also recalls the school’s ambition: “To create a dynamic, inclusive and democratic school community”. In the school bulletin, the reasons for changing the name of the building become clear:

In response to many inquiries from students and staff, we are reviewing the name of our red building “Rowling” in the light of JK Rowling’s comments and opinions on trans people.

While the film Fantastic Beasts: Secrets of Dumbledore is coming to cinemas on April 13, 2022, the sometimes drastic reactions to the comments by JK Rowling could well tarnish the promotion of the feature film. We believe Warner doesn’t really know how to deal with the Rowling case. It is recalled that the author was not invited to the Harry Potter: Return to Hogwarts festivities.