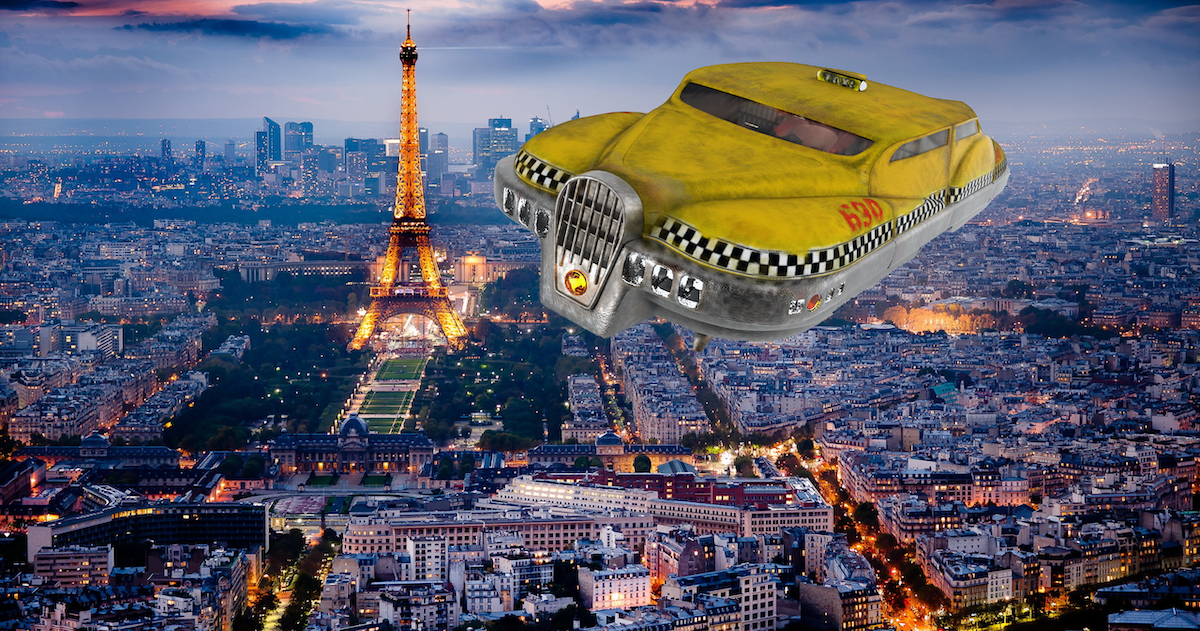 Imagine flying over the capital in a taxi that flies a bit like the fifth element … If this perspective was previously reserved for science fiction films, it becomes a reality in the Parisian sky. and very soon.

Next June, taxis will be flying over the capital for the first tests

In fact, on Monday 18th January, Aéroports de Paris and RATP announced that flying taxis will be flying over the capital next June. This new type of passenger transport will complete its first test flight at the Pontoise airfield within a few months. In 2017, “flying” taxis, the Sea Bubbles, were tested on the Seine.

This new means of transport, to be unveiled at the next Olympic Games in Paris in 2024, is a vertical take-off aircraft called eVTOL. A vehicle that represents the crossroads between a helicopter and a drone that can transport passengers. The aim of this new way of traveling in Paris is to offer modes of transport that allow the Ile-de-France routes to be organized in a way that is carbon-free, low-noise and with the lowest maintenance and infrastructure costs .

Lots of actors on the project

During this first flight test, Volocopter can test its VoloCity in June 2021. The aim is not only to get the machine to fly, but also to list the various topics such as maintenance. Logistics or passenger management for this new type of vehicle.

Several actors are involved in this project, including Airbus with its CityAirbus taxi and other foreign companies from China and Slovenia. In addition to developing the vehicle itself, other actors such as Bruitparif will also be involved in assessing the noise impact of these flying taxis.

Check out the first video of our #CityAirbus demonstrator in flight! The fully electric #VTOL started at the end of 2019 in Donauwörth with tests without cables. #WeMakeItFly #UrbanAirMobility #AirTaxi #eVTOL #SmartCities pic.twitter.com/Bwf5QaEImD

RATP is already envisioning offering a premium VTC service for urgent trips or even connecting Roissy Airport with La Défense in a quarter of an hour. Of course we are still a long way from that. The first tests won’t be carried out for five months, and the project’s stakeholders are betting on commercialization by 2030.

The world as we know it was born 48 years ago

This special feature enables players to save valuable time