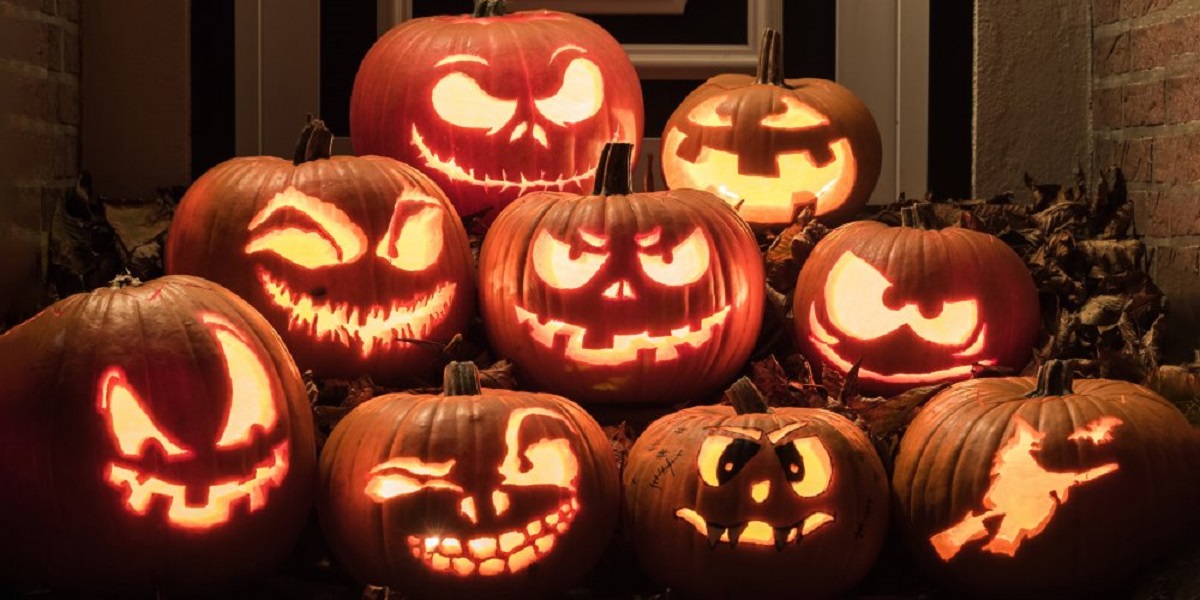 It’s Halloween and we’re locked up. In this dossier we offer you a selection of films that you can watch tonight or watch again. However, we decided to bring you films that will appeal to both fans of Gothic cinema and those who do not appreciate being scared. We remind you that we recently released several files on horror films for Halloween: our top 10 best horror films for Netflix for Halloween, our selection of the best ghost films or our ten films, books and horror series recommended to everyone, who don’t like it.

Often referred to as Tim Burton’s last great film (Beetlejuice, Sleepy Hollow), The Funeral Wedding marks the American filmmaker’s great return to his first love: frame-by-frame animation. After Burton commissioned Henry Selick with the realization of his film The Nightmare Before Christmas (we refer to our article that we recently dedicated to the film), he was determined to sign the staging of this funeral wedding himself. In many ways, Les Noces funèbres is the most absurd film of the 2000s. The director examines all his obsessions in it and seems to be revisiting his own cinema. As in Beetlejuice, death there is brighter than life itself; The world of the dead is reminiscent of the city of Halloween in The Nightmare Before Christmas. Napoleon’s skeleton is a nod to Mars Attacks! We can also quote the fact that the character of Victor (Johnny Depp) looks like an adult version of the young Vincent, the main character of the first short film by Burton (Vincent); or that Scrabs, the skeleton dog, evokes both Frankenweenie’s dog and Zero, the dog from The Nightmare Before Christmas.

Les Noces funèbres is also an excellent gateway to a particular Gothic cinema. Tim Burton, a director with an assertive cinephilia, references many of the films that forged him as a man and a filmmaker. The figure of Emily the Bride (Helena Bonham Carter) is reminiscent of the Bride of Frankenstein (1935) by James Whale; Some shots in the film are heavily inspired by Robert Wiene’s cabinet by Doctor Caligari (1919). We can also remember that the forest in which Victor meets the bride is reminiscent of the atmosphere of the hammer films that had already inspired him for Sleepy Hollow (1999). Les Noces funèbres is also a film with a strong literary influence. Inspired by an Eastern European story, certain scenes are reminiscent of some great works of European literature: the death of a character by poisoning is reminiscent of William Shakespeare’s Hamlet, and the reason for the misunderstanding is a more than obvious allusion to La Vénus d’Ille by Prosper Mérimée.

Obviously, when we mention the name Francis Ford Coppola, the first thing we think of is The Godfather, one of the most grandiose trilogies in Hollywood cinema. We also think of Apocalypse Now, a revolutionary war film that Kubrick’s Full Metal Jacket has nothing to envy. Francis Ford Coppola, a legendary filmmaker who is indispensable in all genres, also delivered one of the most beautiful Gothic films in the history of cinema with Dracula (1992). Bringing Irishman Bram Stoker’s novel to the silver screen is not easy, however, as it has been adapted for film and television. From Murnau’s Nosferatu (1922) to Terence Fischer’s Nightmare Dracula (1958), including the death of Browning’s Dracula (1931) and John Badhams (1979), the famous vampire has evolved from a literary myth to a cinematic myth. Until recently, Steven Moffat and Mark Gatiss (Doctor Who, Sherlock) adapted Dracula in a BBC miniseries that has been available on Netflix since January.

And it cannot be said enough how gigantic Coppola’s version of Dracula is. Francis Ford Coppola delivers undoubtedly the best adaptation of Dracula with his sublime and baroque staging that underlines the melancholy of Bram Stoker’s story. We’ll stop praising his staging there, as obvious as it is. The narrative of the film is absolutely brilliant, as screenwriter James V. Hart manages to stick as close to Bram Stoker’s book as possible while also summarizing the best of previous adaptations, such as the brilliant idea Dracula is confronted with would be the reincarnation of his lost love, a strong idea in the 1973 film Dracula and His Vampire Wives by Dan Curtis, who starred in the BBC series by Moffat and Gatiss. Coppola can also count on a four-star cast: Gary Oldman (Harry Potter, Leon), Winona Ryder (Beetlejuice, Stranger Things), Anthony Hopkins (The Silence of the Lambs, Westworld) and Keanu Reeves (The Matrix). The music by Wojciech Kilar deserves a special mention.

After evoking Francis Ford Coppola’s Dracula, we had to evoke the incarnations of the famous vampire from Hammer, the legendary British studio specializing in horror and fantasy cinema, which sadly has been forgotten too often these days. It is common knowledge that the great Christopher Lee (The Lord of the Rings, Star Wars) played the vampire Dracula several times on behalf of the hammer, and this is often considered the best film of the since The Nightmare of Dracula (1958) by Terence Fisher Hammer. However, we decided to tell you about another film that is less well known but still excellent: The Mistresses of Dracula by Terence Fisher, because it seems more than representative of the hammer cinema to us.

This film is signed by Terence Fisher, the studio’s greatest craftsman, for whom he made 16 films, including the best version of the Hound of the Baskervilles (1959) starring Christopher Lee. First peculiarity of the mistresses of Dracula: despite the fact that it appears in the title, the famous vampire does not appear there. Dracula is replaced by Baron Meinster, masterfully interpreted by David Peel. Then the film, which prefers the insidious metaphor to the outrageous demonstration, is terribly sexy and collects metaphors and sexual innuendos. Les Maîtres de Dracula enjoys an unprecedented freedom that can be felt both in the staging and in the play of its interpreters, and seems to herald what will become the Hammer Studio a few years later: a studio from the B series and from the Z series who is terribly daring from an artistic point of view and enjoys mixing the Gothic bestiary with deeply erotic characters, creating films as absurd as they are mastered, like Dr. Jekyll and Sister Hyde (1971) by Roy Ward Baker or The Daughter of Jack the Ripper (1971) by Peter Sasdy.

While Halloween is often viewed as a party of fear, we must remember that there are plenty of fun comedies out there that conjure up the fantastic bestiary of horror films. So we can evoke The Adams Family (1991) by Barry Sonnenfeld, Frankenstein Junior (1974) by Mel Brooks or Shaun of the Dead (2004) by Edgar Wright. This British comedy horror, written by Simon Pegg and Edgar Wright, is the first installment in the Blood and Ice Cream trilogy, also known as the Cornetto trilogy, created by the films Hot Fuzz (2007) and The Denier Pub Before the End of the World is completed (2013).

But it would be wrong to see Shaun of the Dead as a simple comedy as the film is brilliant. Edgar Wright is a true model for the amalgamation of genres and manages to combine the best of British humor with the best of horror films. The film known from the master Stephen King even refers in its title to the famous Dawn of the Dead (1978), the masterpiece of George A. Romero. With a terribly effective staging for a comedy, Edgar Wright can also harness the comedic potential of his lead actor and co-writer Simon Pegg in the company of his lifelong friend Nick Frost. After all, Shaun of the Dead isn’t just a fun time for Monty Python (Sacred Grail!). Based on a terribly solid scenario, the film manages to get us from laughter to ball in our stomachs with disturbing ease. Genius!

Some viewers discovered Werner Herzog in the first season of The Mandalorian, in which he played The Client. If he is an actor with a magnetic charisma, Werner Herzog is above all an exceptionally talented filmmaker, as his Nosferatu, Phantom of the Night (1979), an extravagant remake of Murnau’s Nosferatu, proves. Werner Herzog’s tormented cinema (to put it mildly) finds one of his most extravagant echoes here with this new adaptation of Bram Stoker’s novel.

Please note: Herzog’s goal is obviously not to confront Murnau’s expressionist masterpiece. The German director just delivers a more pessimistic version of the vampire myth than ever before. The transition from black and white to color enables Werner Herzog to use a different grammar. Kitsch sometimes, often sublime, strange all the time, his nosferatu shines with its many silences. His characters are fascinating when they are silent. The height for a talking film! Duke’s Nosferatu will refuse more than one. Too bizarre, sometimes too grotesque, when the leading actors open their mouths (Klaus Kinski, Isabelle Adjani). Even so, few fantasy films have managed to convey the deep loneliness of the vampire so well. For its purpose, for the poetry of its staging, for its strangeness, which oscillates between discomfort and terror, for its music, Nosferatu, Fantôme de la Nuit is a film to be discovered and which should inspire most of the cinephiles among you. .