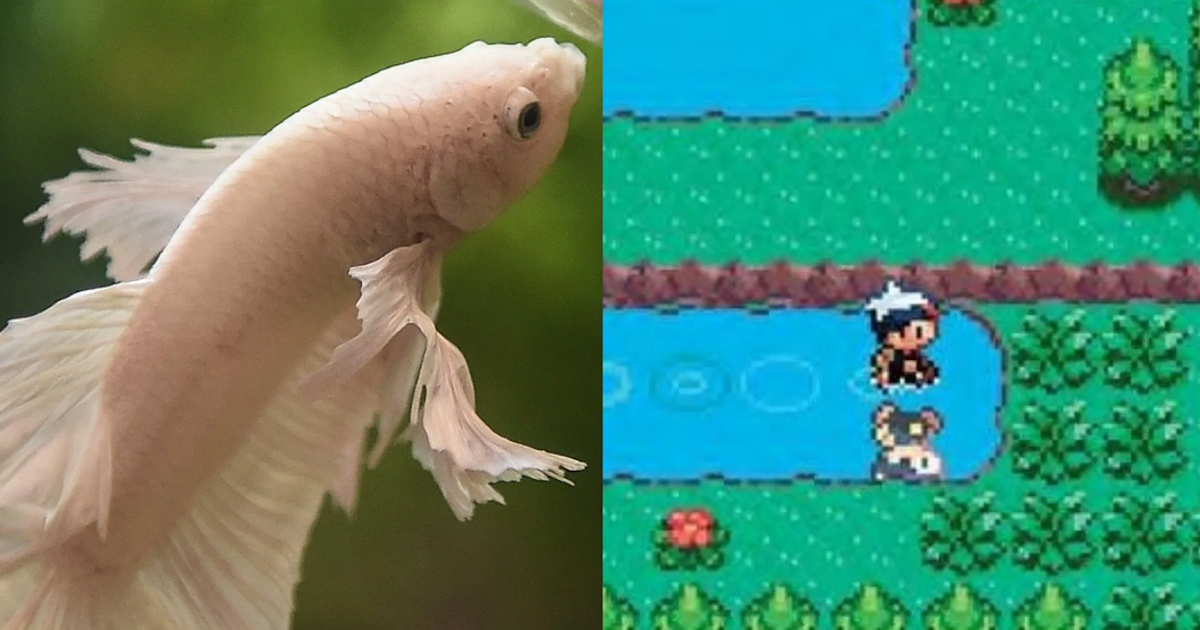 Sometimes there are discoveries that are made with the greatest of luck. Such is the case with what we offer you today to discover. But in addition to part of coincidence, this discovery in Pokémon Ruby was made by … a fish! Explanations.

An 18 year old mishap that was updated by a fish

In fact, last July, a Japanese fan of Pokémon caused a stir when he revealed how his fighting fish could play Pokémon Ruby and Sapphire. Its owner, Mutekimaru, has devised a system in his fish’s aquarium by mapping it so that it can press an in-game button as it moves through each section.

The aquarium is thus divided into 9 fields for the 9 keys of the Game Boy Advance. Everything is connected to a gamecube that broadcasts the game and allows the fish to play Nintendo’s role-playing game.

Earlier this month, the Fighting Fish discovered a flaw in the Fondmer Cave of the game released 18 years ago during a stream. To move a stone in order to clear the way with the force of force, a double stone appears.

And a priori no player had discovered the glitch in this part of the game.

To find out, Mutekimaru took a detailed look at his fish’s movements to trigger the same problem in a video he uploaded to his YouTube channel explaining step by step how to do it.

The tragic story behind the Oscars’ most emotional speech (yet)