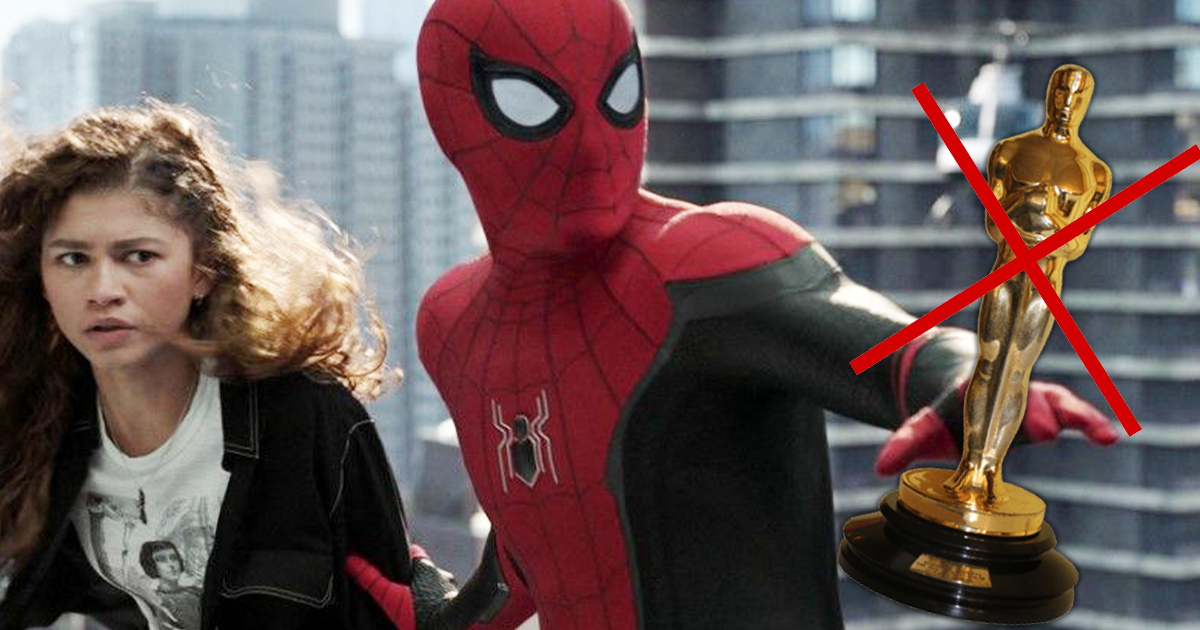 Most Spider-Man: No Way Home fans would have loved to know that their favorite movie was in the running for the Oscars. Unfortunately, the film fell short of Oscar nominations for best picture, which raised some eyebrows.

No Way Home: an undeniable success

The last MCU blockbuster to hit theaters was also Tom Holland’s third project. No Way Home hit theaters exclusively on December 17 and received strong reviews. It became a huge financial success, overcoming the effects of the pandemic on the industry and becoming the sixth-highest-grossing film of all time.

Audience response to the latest Spider-Man, which uses the multiverse premise to bring back characters from Sony’s previous two franchises, has been overwhelmingly positive, leading many to wonder if he’ll be at the Oscars too would become a hit. Marvel Studios decided to push No Way Home for a Best Picture Oscar nomination, sparking debate as to whether the film’s popularity was enough to justify awarding it a Best Picture award out of ten possible spots. Ultimately, the MCU project was dropped from the roster, much to the chagrin of some fans, including director and actor Kevin Smith.

Among the dissatisfied, Kevin Smith, the filmmaker and avid comic book lover, heavily criticized the Oscars on his own podcast called FatMan Beyond. After saying he hadn’t checked the nominations and thought No Way Home was one of them, Kevin Smith lashed out at the ceremony organizers, saying he understood why nobody was interested in the Oscars anymore.

The actor then encountered a technical issue that temporarily halted the broadcast of his podcast, a moment that Kevin Smith commented on, explaining with humor that it was undoubtedly a conspiracy:

I just want to congratulate the people who made Spider-Man: No Way Home on the well-deserved Best Picture nomination, which I’m sure they got. I haven’t read the nominations. Marc, tell me I’m right. […] What is this mess? You have ten spots, can’t you give one to the biggest film of the last three years? Man, and they’re like, “Why is nobody watching this show?” Just to avoid making a fucking populist choice, man. How many seats do you have? Dress up Spider-Man, for God’s sake. Let him swing in there. That poor damn kid is always mad, show Peter Parker some love. (…)

Children, the conspiracy is real. I was talking about Spider-Man not getting nominated by the academy and we got kicked out of YouTube. Put those two things together, the truth is somewhere there.

Other voices had already been raised beforehand

Kevin Smith isn’t the only public figure who has expressed frustration with the Academy’s decision to skip the Spider-Man: No Way Home movie. For example, moderator Jimmy Kimmel had previously criticized the Oscars for this omission. In particular, the moderator said:

The biggest oversight in my opinion, and I’m even furious about it, I’m embarrassed to say it, is the unforgivable omission of Spider-Man: No Way Home! Why didn’t this film get any of the 10 Best Picture nominations? Forget the fact that this movie grossed $750 million. [aux États-Unis] and that it is still active. It was a great movie. Wasn’t it in the top 10 best movies of the year? Inside were three Spider-Men. Are you telling me Don’t Look Up was better than Spider-Man? It certainly wasn’t him. Even if we go by Rotten Tomatoes ratings, Don’t Look Up got 46% and Spider-Man: No Way Home got 90%.

And you, for your part, think the movie Spider-Man: No Way Home should have competed for the Oscars? We’ll let you answer this question via our comments section and via our poll! And if you want to know which streaming platform No Way Home will soon land on, you can consult our previous article on the subject.