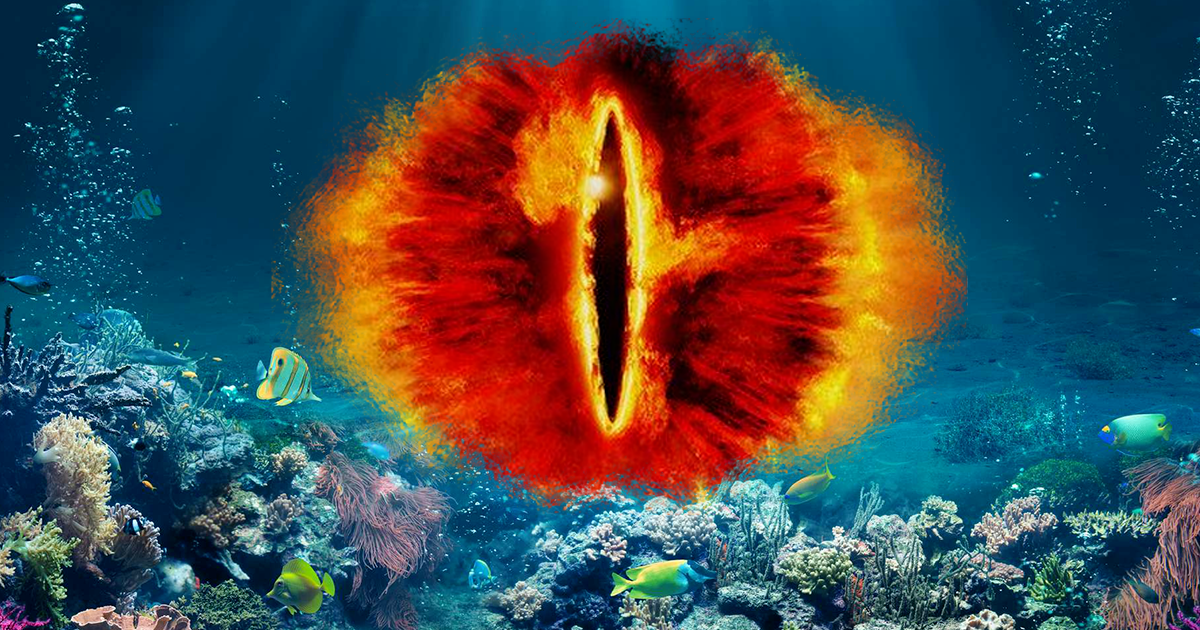 The abyss is a place full of secrets to be discovered. Many research vessels then sailed the oceans to learn more about them. And when we search, we inevitably find something. Sometimes they can even be enigmatic discoveries, just like that of an Eye of Sauron …

Eye on the sea

Imagine diving into the ocean and encountering the evil eye of Sauron … This prospect logically strikes you as exciting as it is unsettling, and yet it is the experience of a small group of Indian Ocean explorers.

A great discovery was made aboard the RV Investigator, at least for fans of JRR Tolkien’s novels. If you are one of them, the universe of the Lord of the Rings certainly won’t hold any secrets for you and the mere conjuration of the Eye of Sauron is enough to create an image of an evil form in your head.

As part of a study on marine biodiversity, the team of scientists on board the RV Investigator came across an underwater volcano of this particular shape. The “All-Seeing Eye” would have been excavated in the southwest of Christmas Island, around 7000 km from New Zealand (land of Middle-earth).

The volcano discovered with multibeam sonar at a depth of 3,100 meters was apparently called the Eye of Sauron in homage to its resemblance to Tolkien’s creation. It is oval in shape, estimated to be approximately 6.2 km by 4.8 km in diameter, and is part of a larger collection of seamounts.

This is called Karma and would consist of two other volcanoes baptized: Barad-DUR and Ered Lithui. Geologists are categorical, the rock set is more than 100 million years old and comes from a sea ridge that used to be near Antarctica.