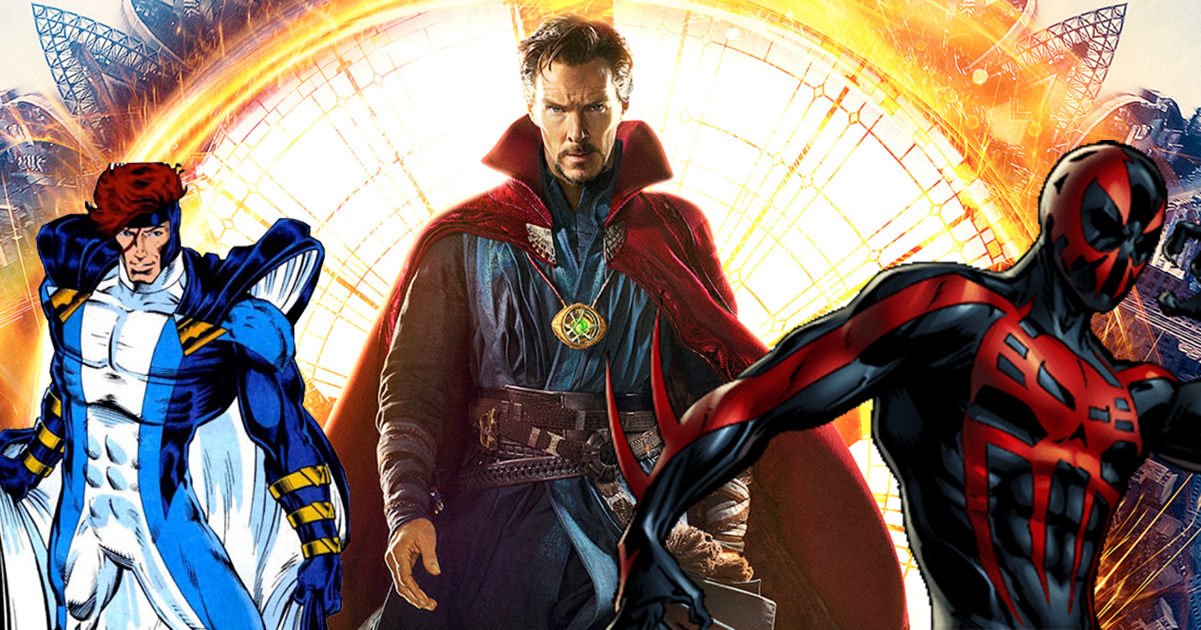 We recently presented you with an article mentioning the new characters of Doctor Strange’s next opus according to a popular theory. We invite you to take a closer look at their stories, as well as other characters who may also appear in Doctor Strange 2.

Shuma-Gorath first appeared in Marvel Premiere # 5 (1972) as an opponent of Doctor Strange. Shuma-Gorath is a demon who is at home in an extra-dimensional realm. He is one of the ancient gods who appeared on earth millions of years ago. His cult required human sacrifice (if not, would he be a terrible demon?). Many theories claim that Shuma-Gorath will be the next antagonist Strange must fight. This promises high-flying fights as Shuma-Gorath is an almighty creature capable of absorbing the magic of others. The company is also able to communicate telepathically. Perhaps the most terrible thing is that Shuma-Gorath can be physically destroyed, but he always appears intact in his dimension. So it seems immortal.

Nightmare is the evil ruler of the “dream dimension” in which tormented people find themselves spiritually in their sleep. He walks his domain on a black unicorn named Brin-de-Rêves. Nightmare is a third class demon of extradimensional origin. It is endowed with huge mystical powers and can trap a ghost indefinitely. He is traditionally the opponent of Dr. Strange. In the comics, Nightmare also serves Shuma-Gorath’s interests, although it is not known whether he is being forced to do so or deliberately. If Shuma-Gorath is actually featured in Doctor Strange’s next episode, it is certain that Nightmare will also be there to support the company in their gruesome enterprise.

Vance Astrovik is a mutant with psychokinesis (he acts on matter through thoughts, which often take on the aspect of “psychic explosions”). In an alternate universe, his name is Vance Astro. A fan of Captain America since childhood, Vance dreamed of being like his idol, but eventually began a career as an astronaut. After volunteering to go into space, Vance was sent to a distant planet in the galaxy to find a habitable planet for the inhabitants of Earth (the latter had become inhospitable). The trip was taking much longer than expected: by the time Vance woke up, over a thousand years had passed. He was surprised to find that the Terrans had already colonized the planet. His mission was therefore complete, but without him. Vance later finds out that most of the superheroes from his past were killed during an alien invasion. After training the new Guardians of the Galaxy along with other superpowered outcasts, Vance retrieved the shield from Captain America and began wearing a costume similar to that of his one-time idol. With such knowledge of the universe and alien invasions, Vance Astro could play an interesting role against Shuma-Gorath.

With all the rumors currently circulating about Doctor Strange and Spider-Man, we had to reach out to whoever stated that Spider-Man could appear in Doctor Strange 2 in 2099. Spider-Man works with Dr. Strange together in Spider-Man 3. and it is indeed possible that the same is true of Doctor Strange 2 as well. If so, the film could include alternate universe versions of Marvel Comics’ Spider-Man. Surely the most popular choice would be to join Miguel O’Hara, better known as Spider-Man 2099. Founded in the 1990s, Miguel is a scientist inspired by the legacy of Peter Parker who will become the new Spider-Man in One Future in which technology is particularly advanced. Miguel has played a key role in a number of Spider-Man stories that include alternate timelines. His character and the world he knows would add interesting value to Doctor Strange 2.

Clea is a character that Dr. Strange is particularly close in the comics. The pure Clea, the daughter of Umar and the niece of Dormammu, confronts Dr. Strange first without them guessing your identity. Clea later finds Dr. Strange on earth. Trained by the latter, Clea quickly becomes a good witch. It can naturally float in the air. He has also been seen communicating mentally, projecting his astral form, altering memories, discovering auras and lies, making himself invisible to spiritual discovery, or even teleporting. According to many theories, the two characters would join forces in the next episode of Doctor Strange.

Jericho Drumm, aka Brother Voodoo, is a superhero who first appeared in the September 1973 comic strip Strange Tales # 169. Jericho Drumm is a US-based psychologist returning to Haiti for Birth. Then he helplessly sees the suffering of his brother Daniel, who has been cursed by an opposing bokor (voodoo magician). Daniel’s soul will be sealed a little later with that of Jericho, and Jericho will then assume the title of Brother Vaudou, the highest Hougan (spiritual leader of the Voodoo religion) of Haiti. In the comics, Brother Voodoo often meets Dr. Strange, so it wouldn’t be surprising to see him in Doctor Strange 2. In terms of abilities, Jericho can send his brother’s spirit into possession of another person’s body. He also has some form of animal hypnosis and can become insensitive to heat through trance. Many fans believe Brother Voodoo is a great ally for Dr. Strange, who would also pay homage to the comics.

America Chavez, also known by her nickname Miss America, is a superhero who first appeared in 2011 (in Vengeance # 1). America Chavez was raised by their mothers in the utopian parallel, a reality out of time and in the presence of the being known as the Demiurge. She appears to have inherited or absorbed some of the Demiurge’s superpowers. Older she travels through various realities and eventually adopts the nickname Miss America when she secretly begins to act as a superhero. Chavez has superhuman strength and can also fly. Most importantly, it has the unique ability to open star-shaped holes in reality in order to travel across the multiverse and into other realities. According to some theories, Shuma-Gorath might want to find her at all costs, to make sure that she opens the door to different universes, and to do so to sow desolation. It could definitely create an interesting scenario for Doctor Strange 2.

Cagliostro is best known for being the author of a mystical book of magic known as the Book of Cagliostro. He was also able to study the Agamotto eye and learn the spells and gestures necessary to use it. So he could use the power of the relic on the temporal continuum. He also learned the secrets and dangers of the Dark Dimension and its ruler Dormammu. Cagliostro’s book is part of the Elder’s private collection. Cagliostro could at least be evoked in Doctor Strange 2 and even appear there if Strange is looking for a master in the art of fighting beings like Shuma-Gorath.

The adventurer who proudly waves his sword, Jonathan Raven, aka Killraven, is a superhero who first appeared in HG Wells’ novel The War of the Worlds in the 1970s. In the timeline that Killraven comes from, the Martian invaders from the War of the Worlds are successfully taking control of Earth. Years later, a group of fighters led by Killraven attempt to regain their freedom and confront the Martians to drive them away. Through time and interdimensional travel, Marvel has made it possible for other heroes to meet Killraven (both in the future and in the past). Over time and adventures, the character has enjoyed teaming up with the Avengers, Spider-Man, and others. A film about Killraven was reportedly slated for the mid-2000s, when Marvel hadn’t secured the necessary rights but never saw the light of day. That could change in 2022. Killraven might actually appear on screen for the first time, as he would be a great asset if he had to defeat an alien being like Shuma-Gorath.

If we leave Shuma-Gorath aside, Longshot would be the type of character that is particularly interesting for Doctor Strange 2. We could actually imagine Strange having to go to Mojoworld on his next adventures. The Mojoworld is a dimension ruled by Mojo, a semi-humanoid, invertebrate alien with madness. The latter reduced most of the world’s population to slavery. One of his favorite slaves who can entertain him is Longshot, a genetically modified man with four fingers and hollow bones. His peculiarity is to have complete control over his happiness when his intentions are pure. Thanks to the new Fox-Disney deal, Longshot’s upcoming intervention is a real possibility. It could also expand the MCU and create many more storytelling opportunities for the future.