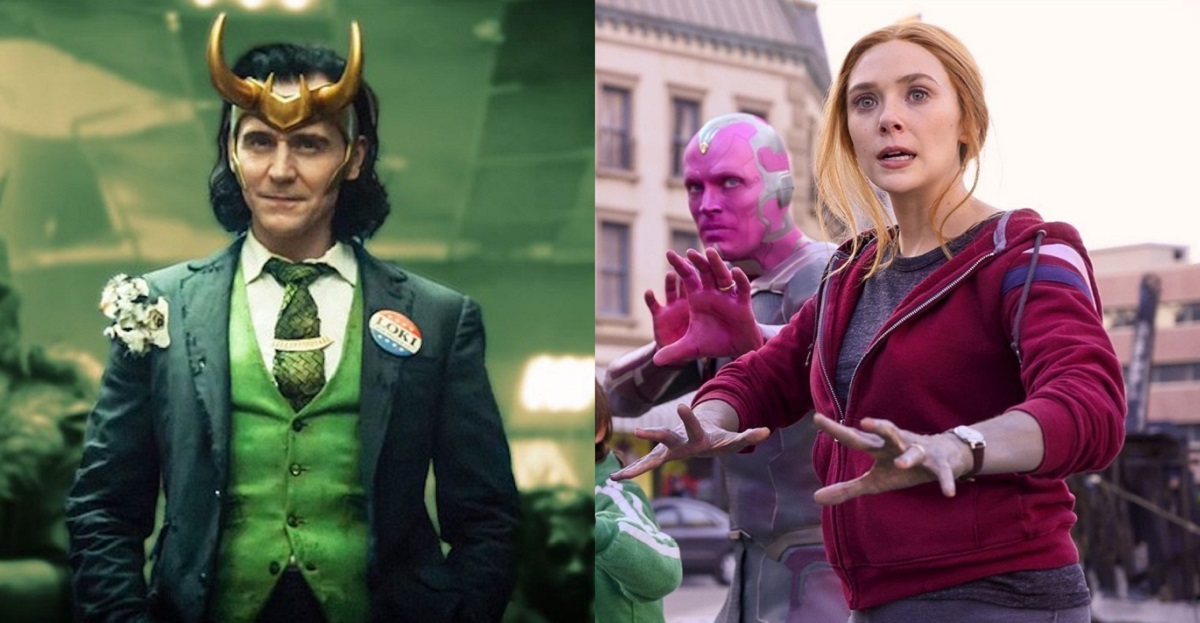 A few days before Loki’s grand finale, fans noticed a funny resemblance between episode 5 of Loki and a scene from the WandaVision finale that led us to review that scene in full.

Loki’s latest episode took fans of the series to a new location: The Void. A place at the end of time where all the things that TVA got rid of disappear; it’s the character of Judge Ravonna Renslayer (Gugu Mbatha-Raw) who explains it to the Loki Sylvie variant. Their weapons, which previously seemed terrifying, cannot really erase matter from the timeline. All she does is take her to The Void, the end of time.

And it is precisely at this place where all the other Loki variants meet (to tear themselves apart) that Tom Hiddleston arrives after his breakup. There he finds Alioth. We have also dedicated an article to this character. But its special shape and especially its colors caught the eye of some fans of another Disney + series: WandaVision.

In fact, some fans have noticed that what happens in the final episode of WandaVision could have an impact on the void. Remember, when Wanda destroys Westview, she also has to part with her two sons, Billy and Tommy. The latter were born out of chaos and therefore irreparably became variants. When Wanda ended her dream world, they also dissolved.

If the same scientific rules were applied to both series, Wanda would not have been able to delete this material that she created. Which means the two boys are still alive! Or at least they may have been sent to The Void. The evidence suggesting this is a bit meager, but interesting: the particle effects of the deletions have similar colors and similar optics. Which would mean, and it would not be surprising, that order and chaos are much more connected than one imagines. In the post-credits scene of the last episode of WandaVision, Wanda hears her children’s voices without anyone knowing where they call them. Do you call it from The Void?