The Courier
HomeTechnologyElon Musk compares Justin Trudeau to a German dictator, Twitter is on...
Technology

Elon Musk compares Justin Trudeau to a German dictator, Twitter is on fire 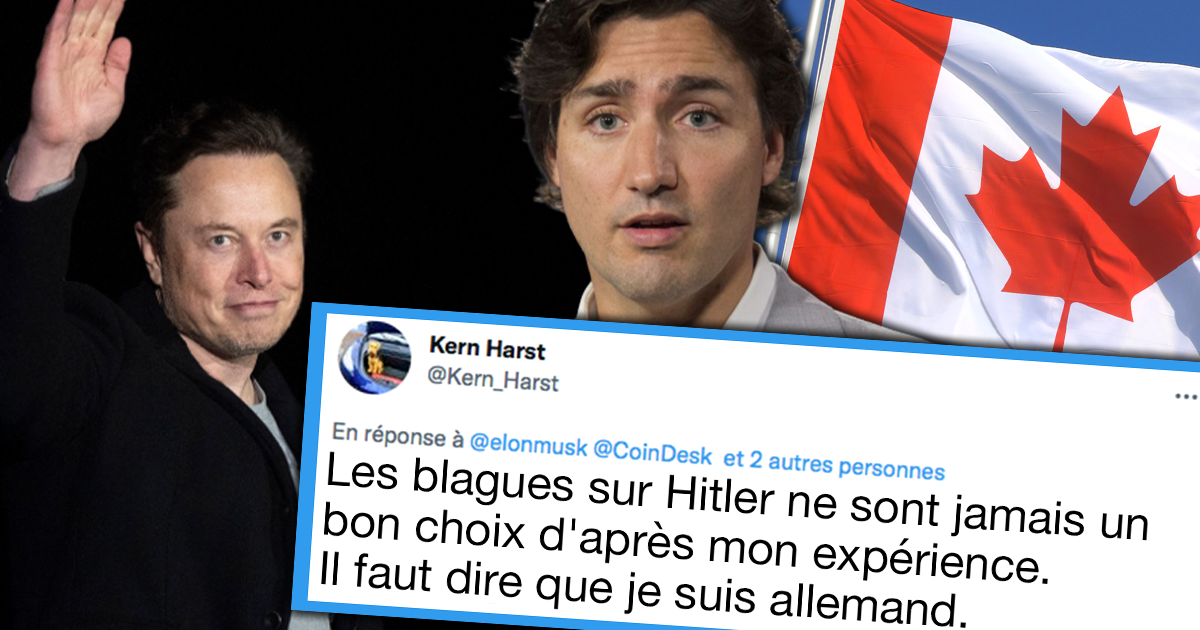 Elon Musk is often in the news, and the billionaire is likely to be the subject of talks again in the coming days after a highly controversial message was posted on Twitter comparing Justin Trudeau to Adolf Hitler.

This, as we now know, would be a joke referring to the fact that Justin Trudeau has failed to submit a new federal budget to Parliament for the past two years. It obviously also relates to current events. Indeed, federal authorities in Canada have recently cracked down on sources of funding for the “Freedom Convoy,” which has blocked trade between the United States and Canada.

Truckers received donations, many from the US, UK and Australia, while the Canadian government worked feverishly to stem the flow of funds. For his part, Justin Trudeau has not only been judged in relation to the actions that led to such abundance, but at the same time he has been compared to certain dictators by different people around the world (especially in relation to the measures taken to promote vaccination).

This message from Elon Musk was sent in response to a tweet by cryptocurrency information site Coindesk that specifically mentioned the topic. This isn’t the first time the billionaire has shared a tweet that smacks of scandal. But this time the reactions to his message are very numerous.

As we have already told you, Elon Musk’s tweet is currently generating a lot of reactions. Here are some reactions found below the billionaire’s tweet:

and you hope that I buy a Tesla? Have you been hacked?

And you expect me to buy a Tesla? Have you been hacked?

A really sick tweet from you. Keep trying to save the planet, Elon, and leave Hitler out of it.

A really sick tweet from you. Try to save the planet, Elon, and keep Hitler out of this.

I’m literally on Twitter just for this man’s tweets.

I’m literally on Twitter just for this man’s tweets.

The people have spoken. pic.twitter.com/z3Roc9tcqU

The people have spoken.

Uuuuh, Hitler jokes are never a smart choice in my experience.
But on the other hand, I’m German.

Uuuuh, Hitler jokes are never a wise choice in my experience.
But again, I’m German.

As you can see, the reactions to Elon Musk’s tweet are currently very mixed and the tweet should continue to generate many reactions in the next few days. Also, if you didn’t know, you know that the billionaire recently donated $6 billion to this association.