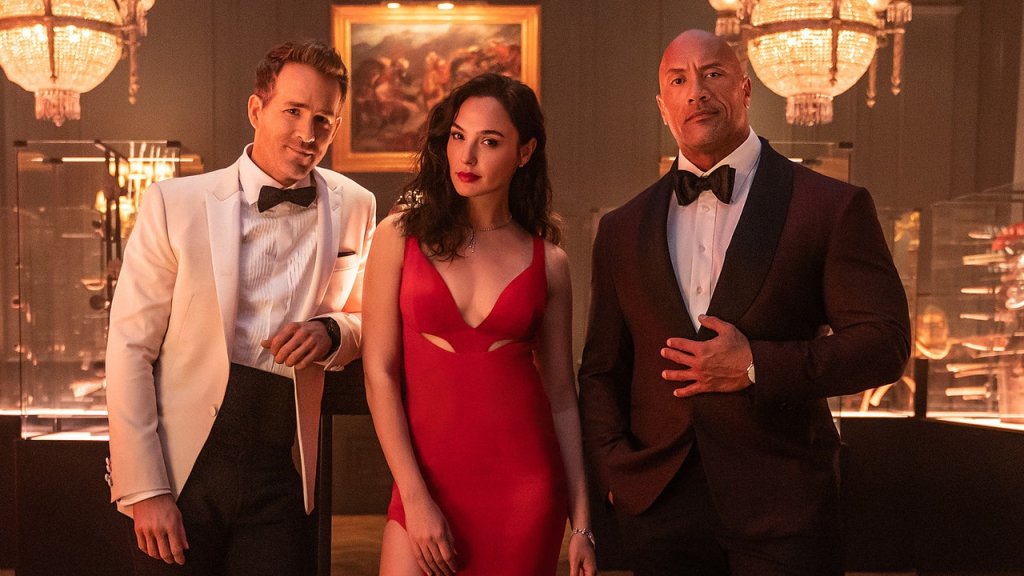 The movie Red Notice of Netflix has just unveiled an explosive first trailer, especially anticipated. Directed by Rawson Marshall Thurber, the film is slated for direct release on November 12th on the SVOD platform.

A prestigious and expensive blockbuster

Rawson Marshall Thurber put together a number of superstars for his film Red Notice. Dwayne Johnson (Fast and Furious, Jumanji), Gal Gadot (Wonder Woman, Snyder Cut: Justice League) and Ryan Reynolds (Deadpool, Free guy) make up the trio of the action film. All three actors are considered heavyweights in the film industry. This is one of the reasons the film is eagerly awaited.

In addition, the budget granted to the film is particularly large, in fact it is estimated at $ 160 million. This makes Red Notice the most expensive original film that Netflix has produced.

Red Notice is an action film directed by Rawson Marshall Thurber and produced by Netflix. The film will be released on November 12th and will be broadcast directly on the streaming platform. If this article interested you, you will surely love to discover the funny reason that led to a delay in the making of the film.

Netflix announces release dates for all of these headlines

The US and Russia want to renew the disarmament treaty