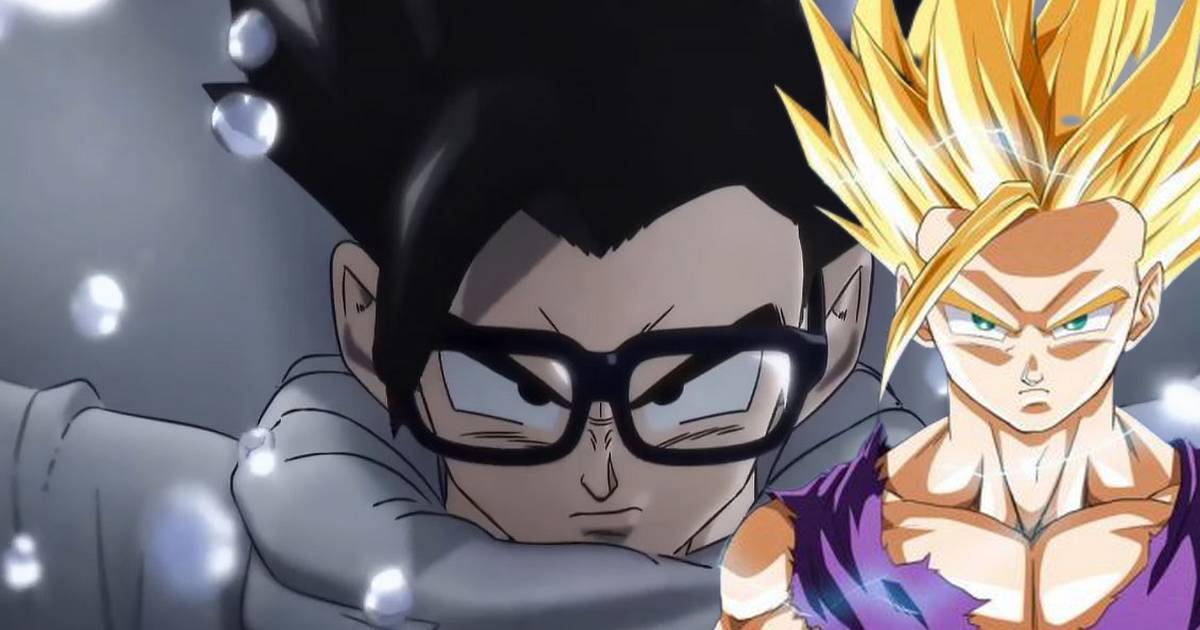 There is very little that fans of the Dragon Ball franchise can agree on other than the fact that Gohan is clearly one of the most powerful characters in the manga. In Dragon Ball Super, that’s not really the case anymore, and it won’t come as a surprise to see that the character wants to get stronger again. In the next film, a leak already teases us with the return of an old, overpowered form of himself…

There are two things the Dragon Ball community loves. Appreciate the characters’ deserved omnipotence and ask fans from other communities if their favorite heroes can defeat Goku. In Dragon Ball Super, Son Gohan suffered terribly and lost a lot of strength. While he’s managed to return to his old level, it’s pretty clear he’s no longer really seen as a risk factor by many opponents. But all that could soon change in the next movie based on the adventures of our favorite characters: Dragon Ball Super: Super Hero.

For several months, this film has aroused curiosity around him. He is very promising in terms of his intentions. Gohan was to be the focus of this film’s plot, as was Piccolo, with whom he would join forces in the battles against the new Red Ribbon Army androids. Recently, a character from the film’s merchandising revealed something surprising: what appears to be a flat keychain of Gohan with glasses and another of Gohan without glasses responds to the cute name of…Ultimate Gohan. Two words that will pique the curiosity of fans eager to see their favorite character return to top form in what will hopefully be a daunting battle.

Interesting that the new merch calls the glasses-less Gohan “Ultimate Gohan.” Nice to know that even though he becomes Super Saiyan in the trailer, his mystical power-up still seems to be in effect. https://t.co/KGPwcOwxe3 pic.twitter.com/0rOITNeoR2

It’s interesting that Gohan’s new glasses-free merch is called Ultimate Gohan. I’m glad to hear that his mystical power still seems to be active, as seen in his transformation into Super Sayan in the trailer.

DBS Super Hero: where and when?

Dragon Ball Super: Super Hero takes place a few years after the events of Dragon Ball Super: Broly. It’s unclear exactly how much time has passed, but Pan is 3 years old at this point and is training with Piccolo. The idea that Gohan could train alongside them is still relevant. Considering he’s once again wearing an outfit like Piccolo’s (and like the one he wore in the Dragon Ball Z Android arc), it’s not hard to imagine Gohan training since the Tournament of Power. We already know from previous information that he wanted to regain his full potential and, as is usual in Akira Toriyama’s license, become a better version of himself. In terms of plot, the trailer reveals that the Red Ribbon Army hasn’t been completely destroyed and that some more powerful androids pretending to be superheroes seem angry at our heroes.

In the trailer below we can already see some very interesting information, such as the fact that Gohan activates the transformation into Super Sayan! The film’s only problem right now seems to be the chosen graphic paw, which abandons the classic manga animation style and focuses on CGI computer graphics. Many fans even have fun comparing the first trailer to a cutscene from a PS2 game. Akio Iyoku, the film’s producer, had tried to reassure fans about this drastic change by stating that the film’s fights would take place on a smaller scale. The CGI used here serves as a tool to demonstrate the capabilities of the Gamma 1 and Gamma 2 androids. For more details on this interview, see our article here.