The Courier
HomeTechnologyDisney announces the return of this famous series from the late 90's...
Technology 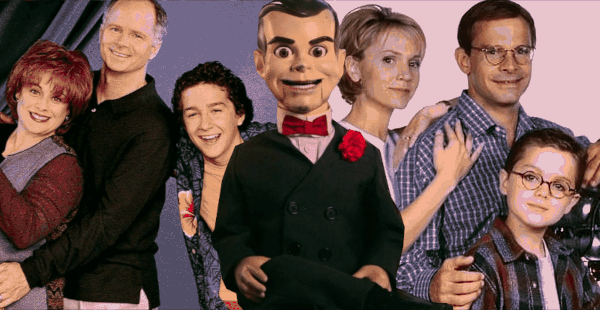 Remakes, reboots, sequels… Originality often seems to be given up in favor of safer bets. Disney continues this momentum with the announcement of a series that should appeal to the most nostalgic of you. It is indeed a work from the 90s that will soon return to the Disney+ platform.

A work of international success

Given the success of its remakes of cult films (The Jungle Book, The Lion King, Mulan…), it’s logical that Disney should continue down this path and decide to revive a cult series. The big-eared company has therefore announced the return of Goosebumps (Goosebumps, in English), announced as a reboot.

Originally, Goosebumps was a series of 74 books written by American author Robert Lawrence Stine and published between 1992 and 1997. Mainly intended for a fairly young audience, these nevertheless mixed fantasy and horror. The least that can be said is that this mix is ​​seductive, given that these novels have sold almost 400 million copies in total, making it one of the best-selling book series of all time.

Between the late ’90s and early 2000s, the 74 novels were adapted into a live-action series, an anthology whose episodes were independent, each picking up on one of the novels. He came to France on France 2 in 1997 and was then also broadcast on France 3 in the famous youth program Minikeums. If the actors were different between each episode, the series was still allowed to reveal actors like Hayden Christensen and Ryan Gosling! Much later, in 2015 then 2018, two film adaptations were released.

Goosebumps will be back soon, but this time in a more classic series.

A Disney+ series is coming soon

This time, it’s Disney who’s set to bring goosebumps back to the fore with a new live-action series that will, however, be radically different in approach to the original series. Where in the late ’90s we followed a different story and protagonist with each new episode, the Disney+ series will always follow the same five teenagers who accidentally unleashed supernatural powers throughout its ten episodes. Young people in charge of protecting their city from strange phenomena might remind some of other successful series.

For this reboot of the franchise, Disney is working directly with the author of the books, as well as with Scholastic Entertainment, the production company already behind the film. Writers and Executive Producers are Nick Stoller (writer of Dora and the Lost City…) and Rob Letterman (who previously directed in 2015). The second will also take care of the production of the very first episode of the series. No information has been released about the cast or a possible release date on Disney+.

One can only hope that this new spine-chilling adaptation is up to the task and doesn’t become a contentious issue again.