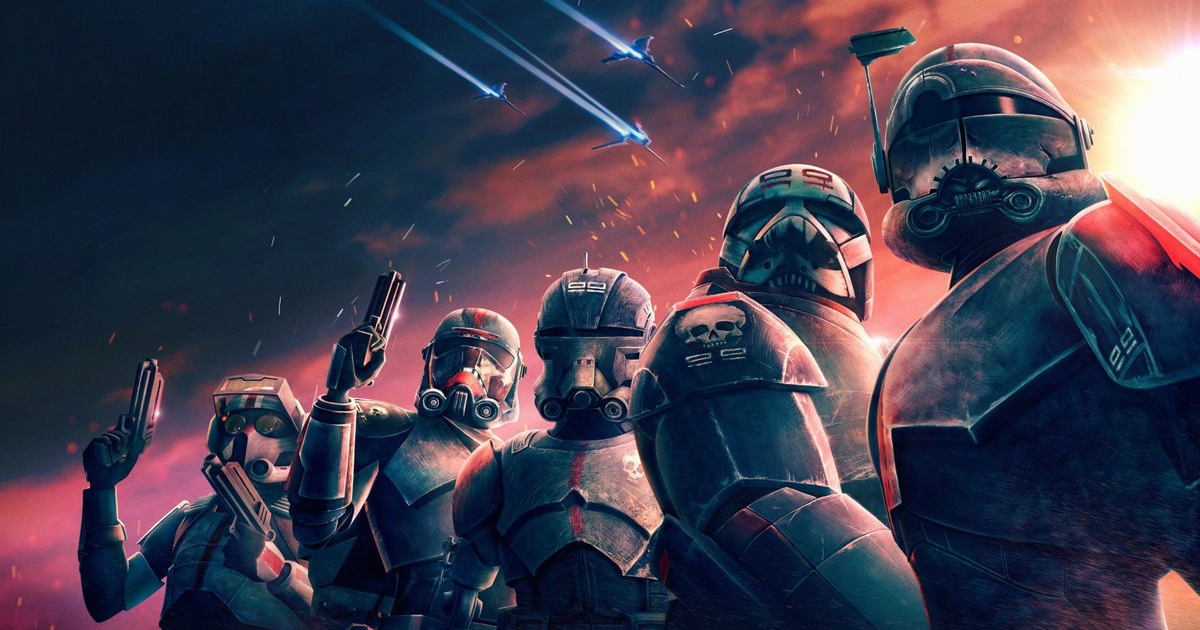 Star Wars: The Bad Batch is the new animated series from the universe by George Lucas, which landed on May 4th on the occasion of May 4th on the Disney + platform. The series, which tracks the events between the end of Revenge of the Sith and A New Hope, is entitled to the collection of Funko Pop characters in our store. We invite you to discover them here.

After The Mandalorian, it’s a new Star Wars spin-off that has just entered the Disney + catalog. This time it’s not a live-action series, but a 3D animated series that focuses on the events following Order 66. The Bad Batch follows a squadron of five genetically engineered clone troops. With this peculiarity, they stand out from other clones both in their appearance and personality as well as in their way of fighting. These five clones, Hunter, Crosshair, Wrecker, Tech, and Echo, act as Clone Force 99.

This new Star Wars animated series, which is a direct sequel to The Clone Wars, started with a 70-minute first episode that gave us a glimpse into the establishment of the Galactic Empire.

On the occasion of the release of The Bad Batch, Funko Pop has released an officially licensed collection of 6 figures that you can now order in our shop.

Omega, the bad batch kid who follows the squadron everywhere. Like her, she is a modified clone and becomes a main character on the series.

After joining the Domino team, he ends up alone with Fives as an ARC soldier. With his mechanical arm he can hack platform systems and open doors.

Tech prefers to stay away from conflict and is the group’s engineer. One of his programs allows him to translate languages ​​and the other gives him a visualization of the number of enemies and droids approaching.

The great tyrant of Bad Batch! Equipped with superhuman strength, he is a real hothead!

Bad Batch Sergeant Hunter can sense distant electromagnetic waves and other amazing features. Even if he seems rude, he is still very protective. His teammates respect him