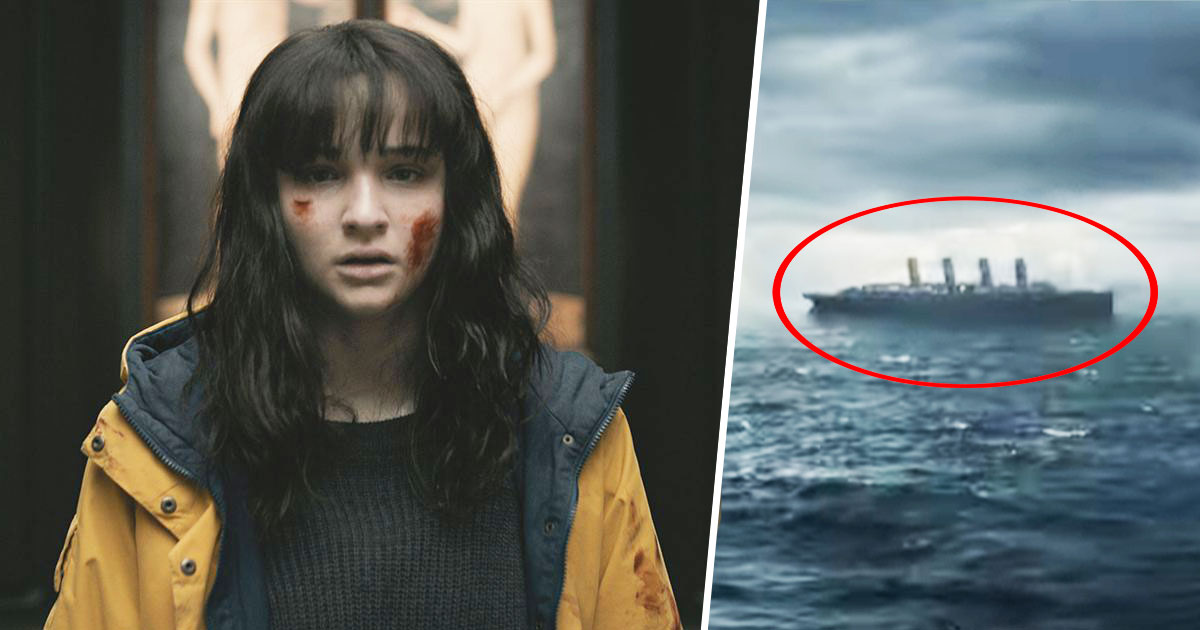 The Dark series had a huge impact on viewers through Netflix. For many, this series is simply one of the best on the platform. In a previous poll on our Geek Trolls page, the latter was also voted the best series in the “Shows we have seen at least ten times” category. It must be said that the complex series has given us difficulties at times, and that multiple views or flashbacks sometimes allow us to understand all of the mechanisms. Today the new series from the creators of Dark just got more unveiled and we had to mention it for all Dark fans who have high expectations for this new series.

The new series from the makers of Dark

You may have already heard that the makers of the Dark series (Baran bo Odar and Jantje Friese) are working on a new project. The 1899 series was actually announced in November 2018 and must contain 8 episodes for its first season. The series officially announced by Netflix will tell us the following story: In 1899, at the beginning of the 20th century, European passengers united on a ship en route to the New World, united by their hopes and dreams of a promised land Discover a Ghost ship in the open sea that will turn your trip into a real nightmare.

On the casting side, there are actors from different backgrounds, and each actor will play in their native language (as opposed to the Dark series, which was exclusively in German). Among the many well-known actors there are two French people: Mathilde Ollivier, who will play the role of French woman Clémence with a Parisian bourgeois background, and Yann Gael, who will play the role of Jérôme, a man ready to take revenge avenge the past.

The series has officially started shooting today, Monday May 3, 2021, and the first openly published teaser lets us know more about the subject.

The very first teaser of the series from 1899 has just been unveiled by Netflix and features one of the two ships mentioned in the synopsis:

As you can see, this first teaser is quite enigmatic and makes absolutely no attempt to reveal too much. We definitely find the dark atmosphere of the Dark series. Since the teaser is focused on this ship (ship goes to the new world or ghost ship? Hard to say at the moment) we investigated to find out which ship in the story this latter might be.

The ships with four chimneys

Kaiser Wilhelm der Grosse made her maiden voyage between Bremerhaven and New York on September 19, 1897. At that time the boat had a capacity of 800 passengers and should also take advantage of the strong emigration from Germany and neighboring countries. These historical facts are particularly consistent with the summary of the series from 1899. In March 1898, Kaiser Wilhelm der Grosse also won a prestigious award, which rewards the fastest crossing of the North Atlantic with an average speed of 22.3 knots. If this is a German ship that we see in this first teaser, then we would bet on the Kaiser Wilhelm der Grosse, who was actually in service in 1899 (although no terrifying historical event occurred. This very year will be produced on this boat ). . However, the Germans were not the only ones to appreciate four chimneys at this time.

A German or a British ship?

England at the time also had a weakness for four-chimney boats. The boat that we discover in the teaser also reminds us a lot of the RMS boat “OLYMPIC”, which you can see below:

The RMS Olympic is a British transatlantic liner that was built for the White Star Line. She is the sister ship not only to the Titanic, but also to the Britannic. In contrast to the latter, the Olympics have had a long and successful career, although the latter has collided with other ships more than once. The only problem: The Olympic did not sail in 1899, unlike the Teutonic, which was also built for the White Star Line. It was the very first auxiliary cruiser (an armed merchant ship belonging to a state’s military navy) in history. Only here, in contrast to the Olympics (and the boat that can be seen in the pictures of the teaser), has only two chimneys:

It is therefore difficult to say which boat this boat is, although the theories are not lacking. Also, we don’t really know whether to trust the data, as we know that the creators of Dark have a special relationship with spacetime. For our part, we would still lean on Kaiser Wilhelm the Great, but without any certainty. In any case, we’re really excited to see what this series has in store for us in the future. For your part, does this first teaser make you want to go? Are you planning to see the 1899 series when it hits Netflix? We invite you to answer this question via our survey as well as in the comment area! And while you’re waiting for this new Netflix series, we recommend taking our personality test to find out which Netflix character you are. You could meet Jonas who knows …