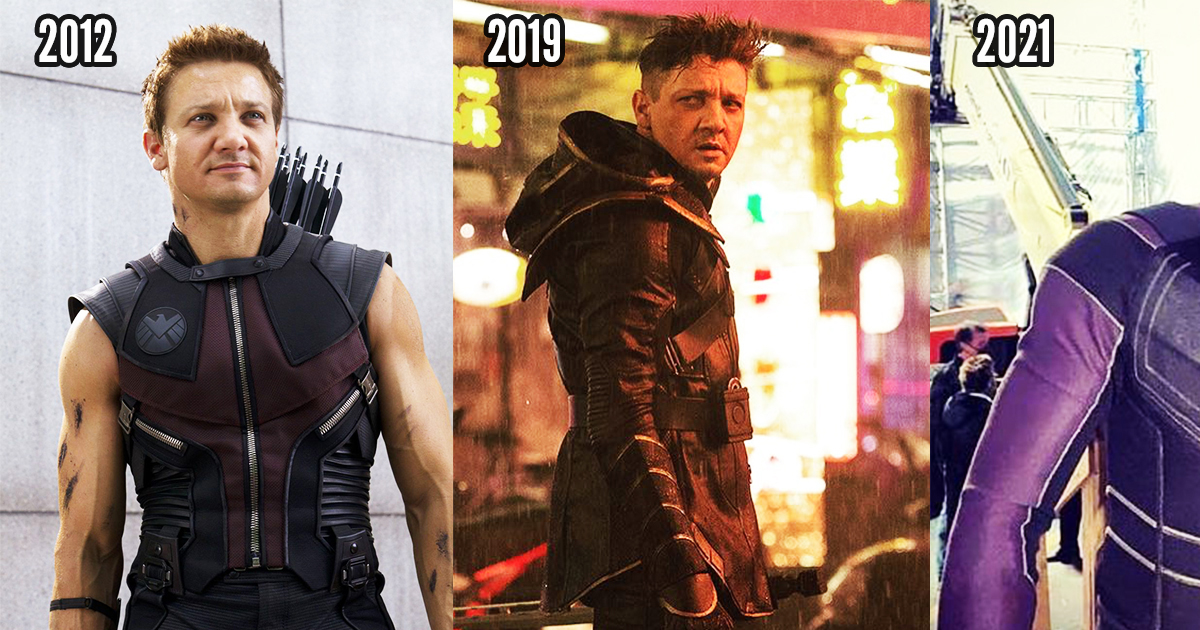 The Hawkeye series is slated to hit Disney + in the fall of 2021, but the first information about it is already being considered by all of the most impatient MCU fans. If you’re one of those fans wanting to learn more about the show, we have a brand new photo for you that teaches us more about the aesthetics of Clint Barton’s costume.

The costumes of the characters in the Hawkeye series

The costumes of the characters in the Hawkeye series have been under scrutiny for some time. Initially, there were leaks regarding the proposed fan art for the Hawkeye, Doctor Strange, WandaVision, and Ms. Marvel series, and these had already taught us a lot about the future costumes of the MCU’s Phase 4 characters.

Shortly thereafter, it was the turn of the photos taken on the set of the Hawkeye series to tell us more about Kate Bishop’s costume.

We already had some pointers for Clint Barton himself, but nothing very interesting to offer you. We had actually seen Clint in his everyday clothes or in a very dark outfit. Here he is now with a brand new costume that is sure to be talked about a lot.

The new costume from Clint Barton in the Hawkeye series

A photo of Jeremy Renner (Hawkeye) accompanied by Alaqua Cox (Echo) was posted on social media. The latter, shared by Marvel News, allows us to preview Hawkeye’s new costume.

The costume has already triggered a lot of reactions from internet users on social networks. Some have also noticed that it was a copy of the costume Clint Barton wears in several comics, including the Hawkeye Freefall comic series (released in 2020).

Designed by Hawkeye in the Hawkeye: Freefall comic series.

This design can also be found in other comic series.

Either way, this costume is very similar to the concept art that we shared with you earlier.

And you, what do you think of this new costume? Don’t hesitate to give us your feedback in the comment section and answer our survey!

40 photos of famous companies and brands at their creation