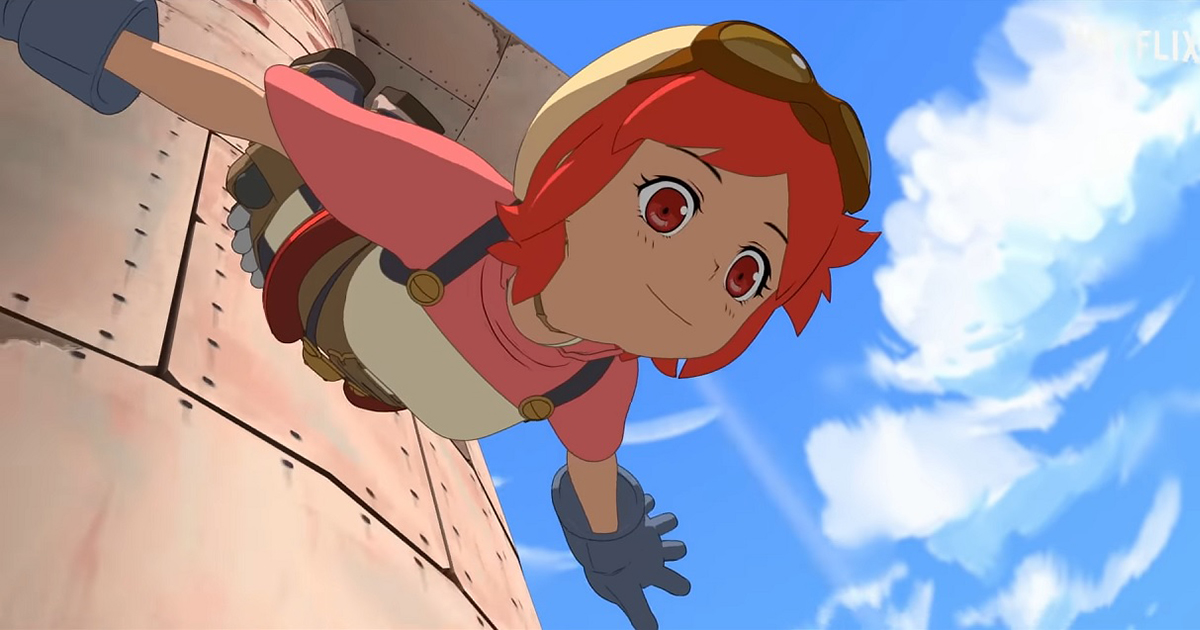 For several years now, Netflix has seemed to want to get closer to fans of Japanese animation. The streaming platform is determined to become a serious competitor to specialized platforms like Wakanim or ADN. So it’s no surprise, but it is with great pleasure that Netflix has just unveiled its colorful trailer for its first original Japanese anime. With a touching and futuristic scenario that challenges our society today and a partnership with a Japanese animation studio, Netflix is ​​starting a whole new adventure.

This dramatic anime, as Netflix so best puts it, features Sara, a human discovered by two robots in a futuristic era that takes place several thousand years after our era, when humans shouldn’t normally exist. The two agricultural robots Sara discover live in a town called “Eden 3” during a routine mission.

🎃 Treat yourself this Halloween 💀 with our limited special edition horror 🕸! Receive a maximum of products with a market value of approx. € 75 for only € 34.99 (without subscription). Meet here

Sara’s discovery will challenge everything robots have learned – that humans are just an ancient, forbidden myth and that they can be dangerous. The four-part series will premiere in 2021 and was created by Justin Leach (known for Ghost in the Shell 2) and directed by Yasuhiro Irie (Fullmetal Alchemist). Recommended for ages 13+, this very first Japanese anime is sure to be exciting, as you can find out in the trailer below. Besides, why do we say it’s a Japanese anime? Well, because Eden is the very first original anime title that is exclusive to Netflix, but you also need to know that this series is primarily based on a pitch from Qubic Pictures, an animation studio. Japanese. According to the Qubic website:

Working closely with the Netflix creative team, Qubic handled all aspects of the production and assembled an international group of stars from the anime industry to contribute to the project. The fact that this series was created in Japan by Japanese developers (mostly) in Japanese therefore makes it Japanese, and the fact that it is commissioned and owned by Netflix for distribution on Netflix makes it a “Netflix” -Original”.

Netflix continues to penetrate the great arena of international production and tries out the original Japanese anime for Eden, the trailer for which is available now:

That desire to work with a Japanese studio to create new original content could allow Netflix to increase the number of subscribers in Japan, which is currently 5 million (based on 193 million subscribers worldwide). according to data from ABC News. Given that 73% of American households believe they can watch Netflix, it makes sense that the platform would want to attract subscribers in other countries around the world. Were you convinced by this first trailer? On our part, we admit that we really want to know if Sara is really alone in Eden 3 …

Almost every third citizen is vaccinated for the first time

Discover this wonderful collection of pop characters with LeBron James