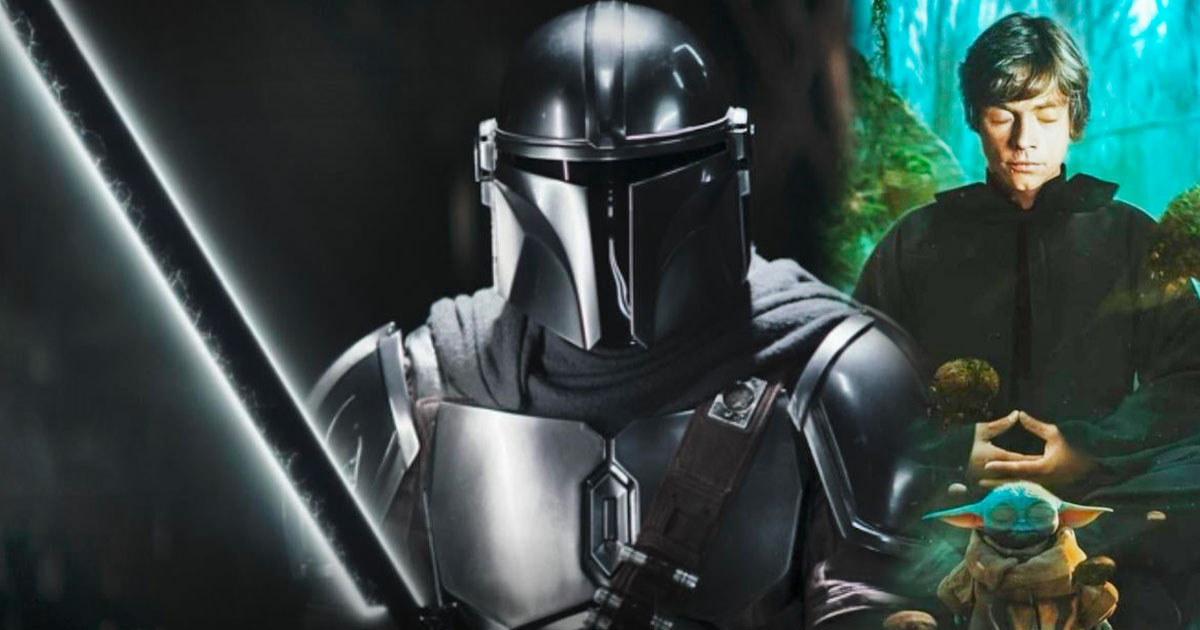 Invented by Georges Lucas, the Dark Saber was introduced in Star Wars: Clone Wars, then expanded by Star Wars: Rebels, and has now been a staple of the story of the Disney+ series The Mandalorian since the end of Season 1.

SPOILER ALERT: The following lines reveal part of the plot of Episode 5 of The Book of Boba Fett. So we advise you to go your own way if you don’t want to read it.

But since the publication of the 5th episode of the Book of Boba Fett, he has been the center of attention again. If some things are to be remembered for the rest of the events, we better understand why Bo-Katan refused to take possession of it during the events narrated in The Mandalorian season 2 finale.

Updated in The Mandalorian season 1 finale by a scene where Moff Gideon managed to break free from his destroyed fighter, The Dark Saber has since garnered a lot of attention and many questions about its history. Passed from hand to hand, the Dark Saber has known many twists and turns and multiple owners: Pre Vizsla, Darth Maul, Kanan Jarrus, Sabine Wren, Bo-Katan Kryze, Moff Gideon, and finally Din Djarin, as we saw in Episode 5 of The Book of Boba Fett. To follow his story, it’s here.

Reappearing in the Disney+ series The Mandalorian, launched by Disney in 2019, it’s not really known how the saber came into the possession of Moff Gideon, a former Galactic Empire officer trying to reform a new empire. We remember the sequel, Din Djarin manages to disarm Moff Gideon in single combat and become the owner of the saber, despite having a desire to return it to Bo-Katan, the previous owner.

So in Episode 5 of The Book of Boba Fett, the saber returns to the hands of the now famous bounty hunter. Through this episode, which serves as a prequel to Season 3 of The Mandalorian, we receive an important revelation: this ancient relic can also be “cursed” for whoever carries it (resulting in the nation of Mandalorian becoming “cursed”. ). if its bearer has not proven his warrior values.

This gives several clues as to Bo-Katan’s refusal to confiscate it. Considering she didn’t earn the blade in battle (as given to her by Sabine Wren in Rebels), it’s understandable that it could have tarnished her reputation among her Mandalorians, or worse than the bad one looking towards her. The Armorer explains: The Darksaber had already been offered to Bo Katan, causing his house to go astray and his reign “ending in tragedy”. So we better understand why she turns him down when Din Djarin wants to make him an offer: she doesn’t want to make the same mistake as in the past.

A perfect teaser for Season 3

Regarding Din Djarin, his victory over Moff Gideon and then Paz Vizsla in this episode (who therefore appears to be a descendant of Tarre Vizsla, hence his desire to regain the sword) makes him a true Darksaber master. Despite this, his confession to the Armorer (for removing his helmet in front of a living being) led to his banishment from the clan of “religious fanatics”, a sort of heir to the Deathguard whose aim is to “restore the old”. Path”.

What do you think of the armorer’s statements? Is his cult of returning to ancient ideals or the Darksaber’s possible curse to be taken seriously? With such teasing, in view of the next season 3 of The Mandalorian, we will really understand how Bo-Katan was able to lose the Darksaber to Gideon, whether it will stay in Mando’s hands and whether it will restore Mandalore.