Din Djarin’s armor is not just made of Beskar 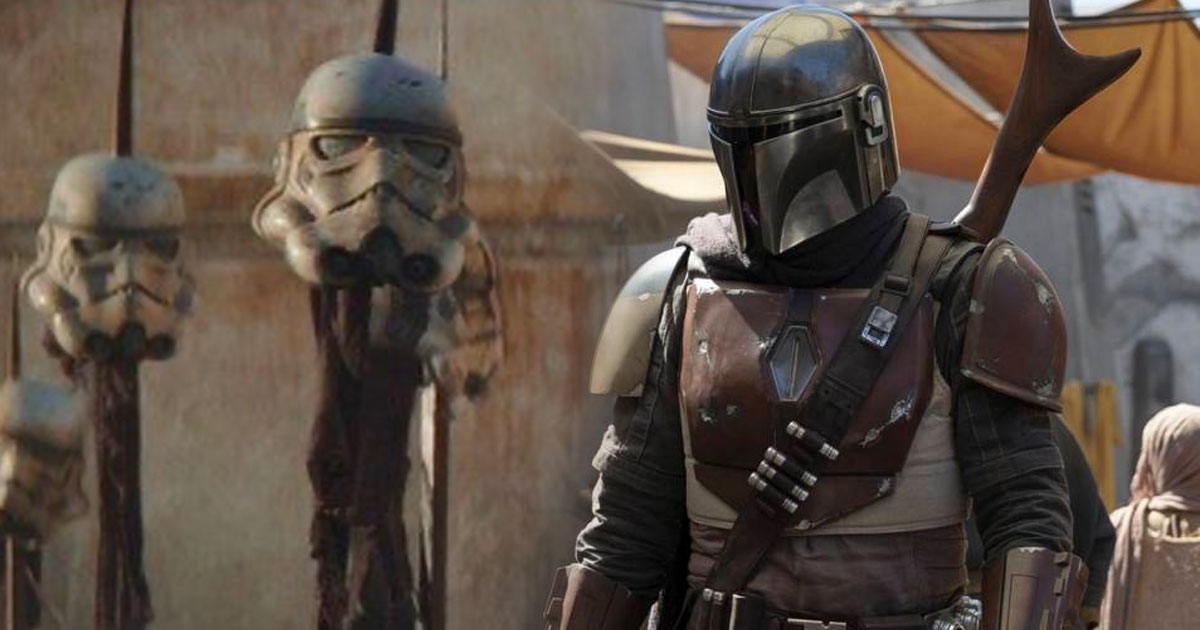 The Mandalorian series continues to delight us every Friday on Disney +. After deciphering the code of the armor of Boba Fett, today we are interested in the armor of Din Djarin. Did you know this is made up of pieces from stormtroopers?

If you’ve followed the Mandalorian series, you know that Din Djarin’s armor is made from Beskar, the precious metal that is highly valued by the Mandalorians. From the first episode of the first season until today, the armor has evolved over the course of our hero’s quests and is more and more powerful. Today the armor can counteract blaster fire, but also lightsaber hits! A resistance that will help our Mandalorian a lot in his future missions, especially in the event of a possible clash with Moff Gideon and the Black Saber. But did you know it was partially made from stormtroopers?

In the behind-the-scenes book, The Art of The Mandalorian, artist Brian Matyas reveals that Din Djarin’s armor contains hunting trophies.

“I started taking a few design pieces that I really liked, like the Shoretroopers and Death Troopers. We only saw them in Rogue One, so I think they are rare. The Mandalorian has to kill you, it’s like a hunting trophy for him. “

You will understand before you find Beskar to make new epaulets and a new breastplate. Din Djarin recovered parts of the armor of the stormtroopers. Because of this, his armor is not symmetrical, it has evolved over time. Our Mandalorian still has Beskar melting with the spear he found in Episode 5 of Season 2, but we’re betting more on a mission to fight Moff Gideon.