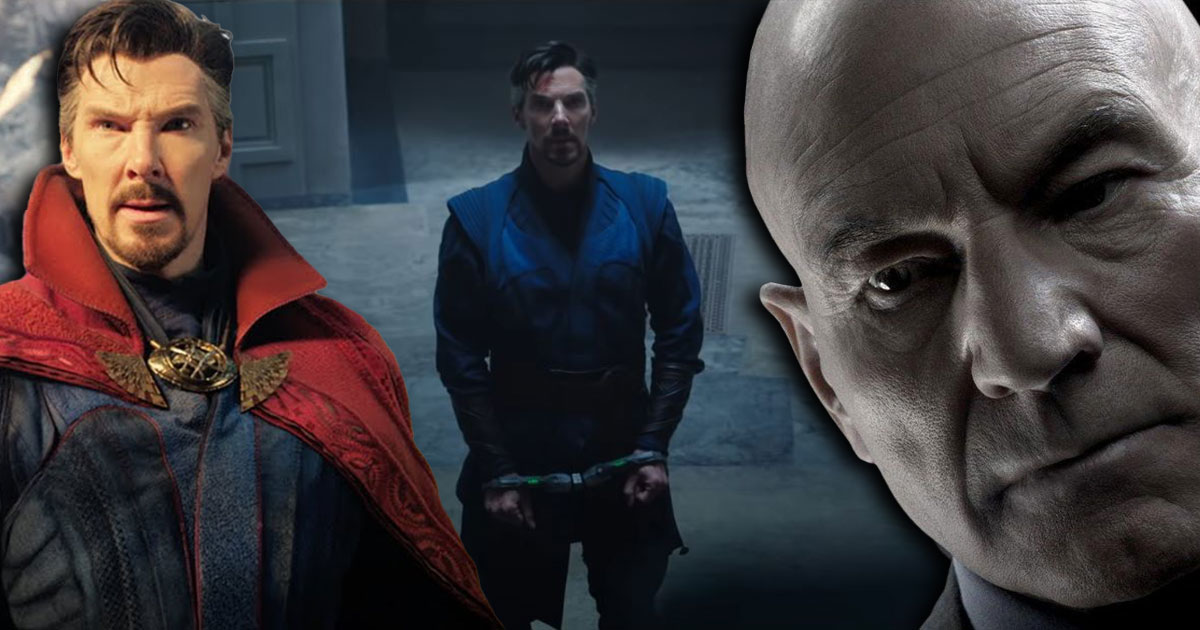 Last week, Marvel officially unveiled the second Doctor Strange in the Multiverse of Madness trailer, usually abbreviated as Doctor Strange 2. An awaited sequel that has had some setbacks but is due out next May. A film shrouded in mystery that revealed to us the return of a potential Professor Xavier from the X-Men. In light of this crossover, Patrick Stewart finally speaks to THE question.

Officially revealed to the public on February 14, the second trailer for Doctor Strange in the Multiverse of Madness allowed fans of the Marvel stable to get their first glimpse of the Sorcerer Supreme’s next solitary adventures. Alone, more or less. And with good reason, Strange finds himself relegated to the rank of mere practitioner of the occult following his intervention in Spider-Man: No Way Home.

A trailer full of details in which we can see in particular how Strange slowly approaches a mysterious council. A remarkable entry for these powerful beings who could well be the famous Illuminati. In the comics, the Illuminati are a secretive group formed after the Kree-Skrull War. A group of particularly powerful heroes representative of the various groups of heroes in the Marvel Universe. A group whose vocation is not to fight together, but to oversee common efforts and threats. A small group consisting of:

So by introducing the Illuminati in Doctor Strange in the Multiverse of Madness, Marvel could expand its plans significantly. Mutants, Namor, the return of Iron Man, enough to promise hours of entertainment for fans of Marvel productions. Of course, the Illuminati name didn’t come out of a magician’s hat. Aside from the seats and the silhouettes on the horizon, it’s the presence of a person with a similar appearance to Patrick Stewart (the Professor Xavier of the X-Men films himself) that gets viewers on their way.

the return of patrick stewart as professor xavier

Along with his profile, fans could also point out that his voice is also involved. And the French version of the trailer that was subsequently split actually features Pierre Dourlens, Patrick Stewart’s usual French voice. An undeniable confirmation of this hypothetical return, now to be confirmed in cinemas. To wait, Comicbook had the opportunity to interview Patrick Stewart.

Celebrating the second season of Star Trek: Picard, in which Patrick Stewart is apparently reprising his role as Jean-Luc Picard, the British actor was asked about the presence of his voice in the new trailer for Doctor Strange in the Multiverse Madness. Like his associates, Stewart denies:

“You know, people have been mimicking my voice since I walked on stage 60 years ago,” Stewart said of the trailer. “So I can’t be held responsible for that.”

Also, the leaks have been piling up for a few months. Leaked concept art multiplies, leaving little room for error. As you can see, the Ultron-like design robots that Strange takes to see the Illuminati are definitely in place, which is now confirmed by the trailer.

Of course, his contract stipulates that he is forbidden to communicate about his presence in the film. Denial is therefore the logical answer, despite the presence of his voice in the trailer and a confirmation by that of Pierre Dourlens in the French trailer. However, you will have to wait a little longer to be sure. Final answer next May.