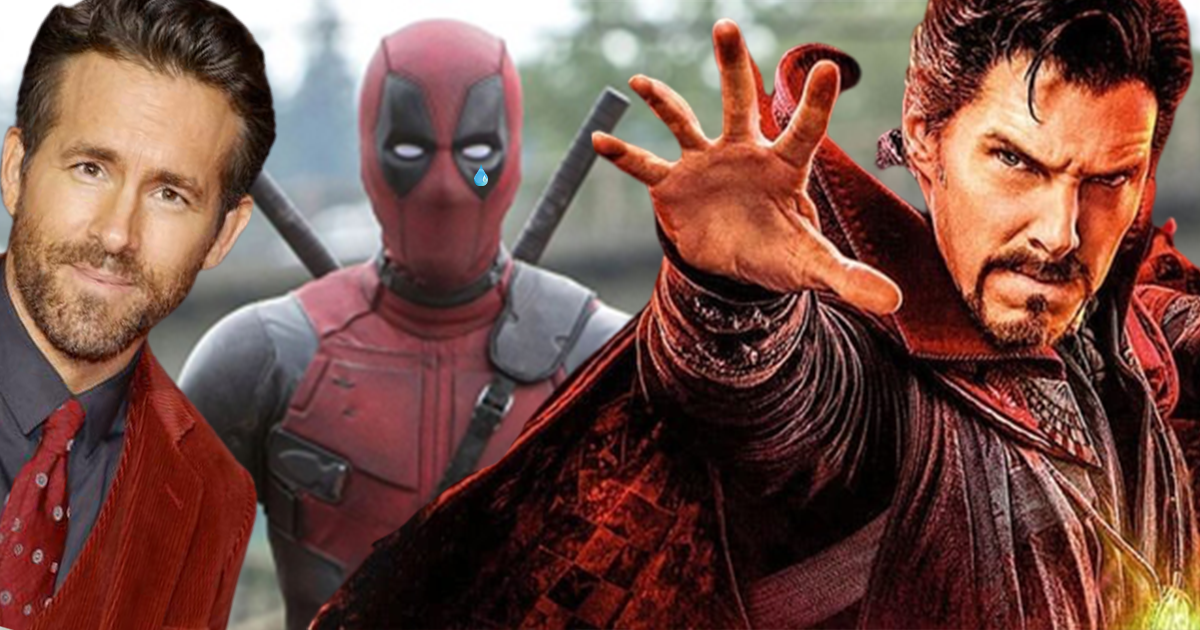 Fan hopes are high for Doctor Strange in the Multiverse of Madness, and the possibilities are endless now that the multiverse is opening up. However, Ryan Reynolds leaves certain rumors in no doubt and even sheds fans’ hopes.

The possible and anticipated cameos (even teased, as with Tom Cruise in Iron Man) for the Doctor Strange 2 movie are countless, and we’ve dedicated a previous article to this topic. But recently it was the new Doctor Strange 2 poster that sparked a lot of discussion as many fans thought they saw a Deadpool Easter egg in it.

For many fans, Deadpool’s face shape and the position of his hand over his mouth gave him away on this piece of glass. And yet, for his part, Ryan Reynolds says it’s all wrong.

“I’m really not in the movie,” Reynolds told Variety during a special screening of his latest film, The Adam Project. The actor later says:

I promise I’m not in the movie.

And to offset the disappointment in his response, the actor says that Deadpool 3 production is progressing at a good pace. According to previous estimates, however, the film should not see the light of day before 2024, which by no means compensates for the character’s absence from Doctor Strange in the Multiverse of Madness. But do we really have to believe Ryan Reynolds?

Previously, Andrew Garfield showed us that the promises made by actors working for Marvel are worth nothing, since the actor also promised that his character would not appear in No Way Home. And given the variety of characters expected for Doctor Strange 2, Deadpool remains to be expected at the turn.

And you, do you think Ryan Reynolds is telling the truth, or do you think the actor is giving us an “Andrew Garfield” by not wanting to reveal the pot of roses? We’ll let you answer this question via our comments section. And if you don’t already know, here you can discover the synopsis of the movie supplied by Marvel.