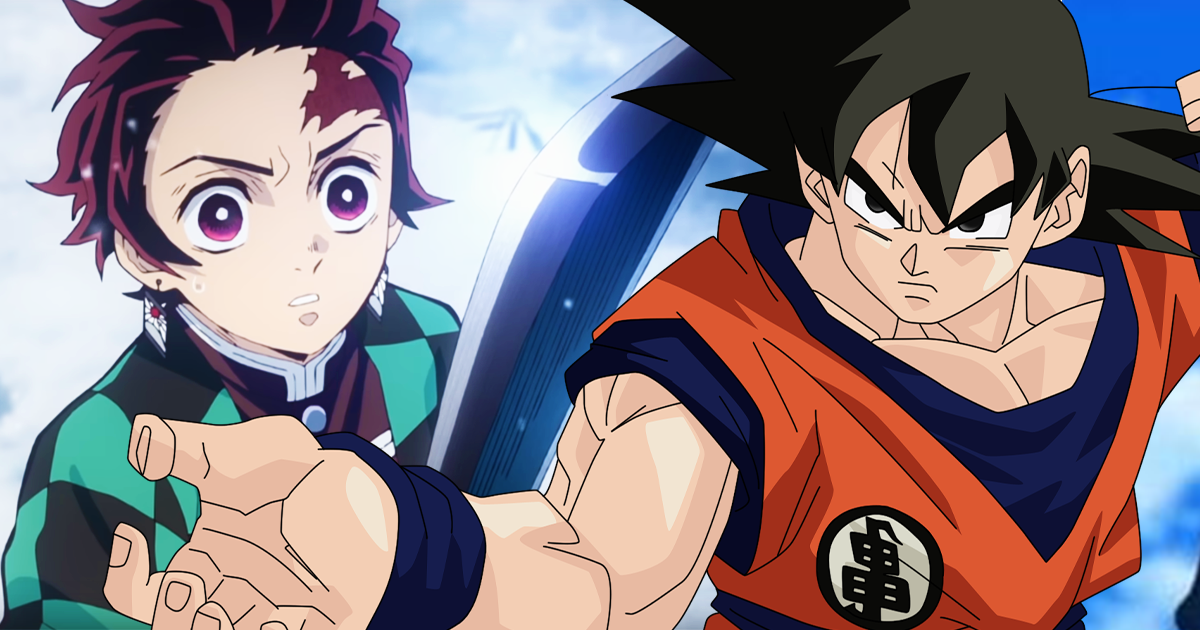 Cult manga par excellence, Dragon Ball continues to influence many writers today. One of the most famous mangakas of today also paid a great homage to the famous manga by Akira Toriyama.

The influence of Dragon Ball can no longer be proven. Akira Toriyama’s famous manga has been one of the world’s most popular mangas since it was first published in 1984 and has played a particularly large part in the success of Japanese productions around the world.

In addition, many mangakas regularly pay homage to the author of Dragon Ball and Dr. Slump. Including, of course, Eiichiro Oda, the One Piece writer, and Masashi Kishimoto, the creator of Naruto or Kohei Horikoshi, who is currently a hit at My Hero Academia.

But today it’s another big name in the manga that pays tribute to the adventures of Son Goku and Vegeta. This is Koyoharu Gotôge, the writer of Demon Slayer, whose second season of the anime is currently on air. As you can see, this pays homage to the cover of Volume 32 of the famous manga. We can see Vegeta, Future Trunks and Bulma.

This tribute is part of a more global project called the DRAGON BALL Super Gallery Project. Until November 2024, a famous mangaka draws one of the 42 manga covers every month.

True success, the Demon Slayer franchise is one of the most important mangas of the last decade. As proof of its success, the license earned the equivalent of Togo’s GDP in 2020. An extraordinary amount! Also see Koyoharu Gotôge in homage to Akira Toriyama and Dragon Ball Z in light of the success. Anyway, we can’t wait to see the next Dragon Ball covers as part of the DRAGON BALL Super Gallery project.

In the meantime, if you’re a Dragon Ball fan, don’t hesitate to take a look at the final promising trailer for the Dragon Ball Super: Super Hero movie, which is about to finally put Gohan in the spotlight!