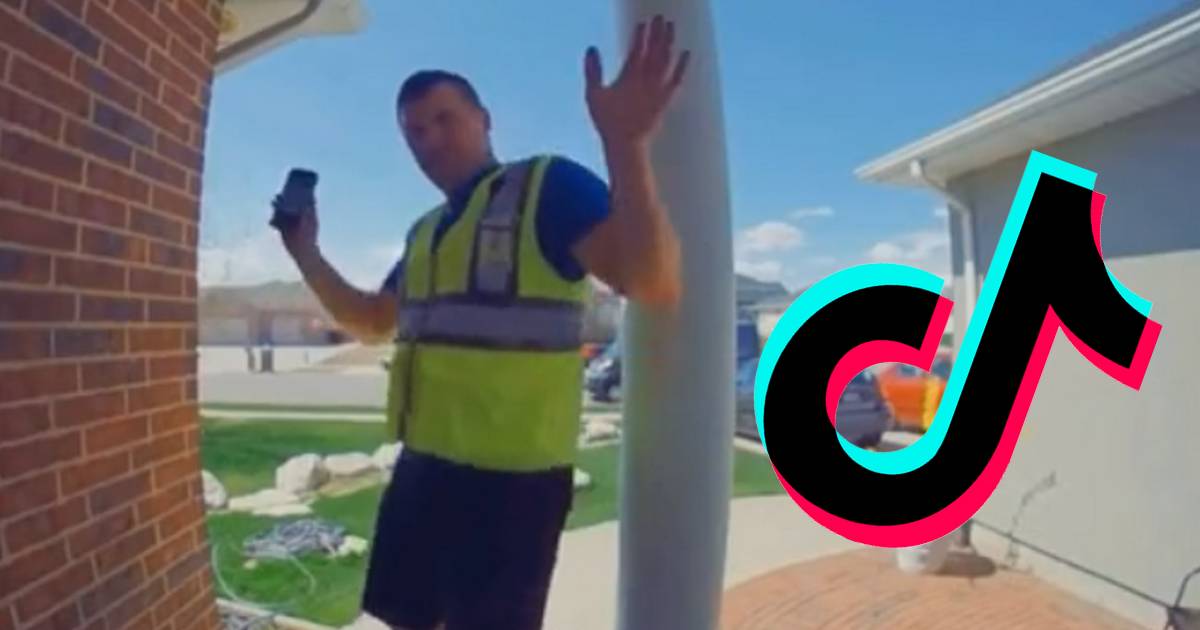 There are many, many trends on TikTok. While most are harmless and mainly relate to dancing alone in the living room or bedroom, others require the account holder’s external involvement, as evidenced by this new trend, to the detriment of people caught off guard by the appearance of Amazon couriers.

Within just a few years, TikTok has become a paradise for virality, a paradise that even rivals Twitter on certain levels. A few hours are enough to see new trends emerging that invite users to produce more and more identical and original content. But it regularly happens that certain tendencies are pointed out because they can be dangerous or demeaning, like this one, which the platform really banned because it encouraged people to break the law. Even today, one trend is being criticized because accusers say it involves humiliating the various Amazon delivery people who come to drop packages at your door.

Surely you know the surveillance cameras of American front doors, the “Ring Cam”. They allow you to see what is happening in front of your house and it is also something that has gone viral in recent years with users posting the most unlikely events that are happening in front of their house. But here, some Amazon delivery people were surprised to spot a memo or small post-it outside the door asking them to dance before the door could be opened for them. Some volunteered for the game and, under the eyes of the hilarious TikTokeurs, performed the best choreography of their lives. We let you admire:

Maybe he was singing the same song in his head? Because it sticks pretty well! You know him ?!

If many aren’t seeing these TikTok trends with a very keen eye, the Amazon suppliers that have volunteered for the game have plenty of perspective. In an article by Motherboard US, one of them explains that this won’t be the first or last time he’s been asked to do something weird in front of a Ring cam. In his opinion, there are much more serious problems than these humiliations, like the fact that his equipment only worked halfway for six months, or the extremely heavy workload of Amazon couriers. But on the other hand, some delivery people feel compelled to play the game in order not to get a bad mark on delivery. An extremely punishing element that could cost her her job…

A carrot that would force delivery people to always submit to the demands of customers, even the most eccentric of them. If the platform wants to remain friendly, users are not necessarily always friendly. There is still a lot of hate going around, as evidenced by this black cosplayer who has taken on a very nice cosplay of the Hinata character in Naruto. She was called a monkey and harassed online. We spoke to you in more detail about this drama in an article that can be found here.

@haduken559 I said do a dance move for the camera and he did it! Lol thanks Amazon Driver Guy! You’re unbelievable!!! #AmazonPrime #Fyp #Flossin #ForYou u266c Hello – OMFG

I asked him to do a dance move for the camera and he did! Thanks to the Amazon delivery man, you are great!