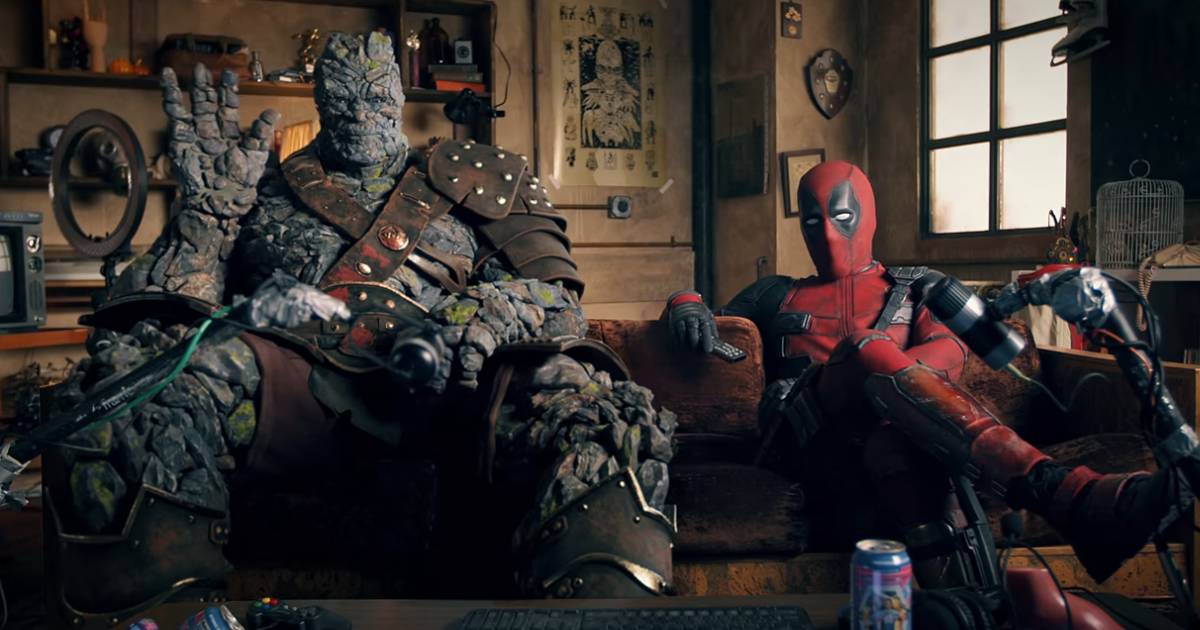 While Deadpool fans longingly await the character’s arrival in the Marvel Cinematic Universe, the character is taking his first steps there in this hilarious promo video.

Deadpool in the promo of another movie

We’re used to seeing Deadpool and Ryan Reynold everywhere we don’t expect them. Seeing the actor as the most famous Pokémon of all time in Detective Pikachu is obviously no exception. Last month, Reynolds drove his fans crazy with a photo suggesting he would be back in anti-hero costume very soon, with no further explanation. Now we know why.

Since it was in the company of Korg (appeared in Thor: Ragnarok), Deadpool reappeared in a video on the actor’s Youtube channel. The two characters participate in a reaction video to the trailer for the two actors’ next film: Free Guy. Ryan Reynolds is the headliner and Taika Waititi, the actor who plays Korg (who is also the director of Thor Ragnarok), also stars in Free Guy. The video is entirely in English, but the subtitles should help you understand the (many) jokes they are telling.

It may seem strange that Marvel characters were allowed to promote a non-Marvel movie. However, since Free Guy is produced by the same team that made the last three Disney live-action films (at the time of the trailer, Beauty and the Beast, Aladdin, and The Lion King) there is one important caveat on the matter with the takeover of 20th Century Fox by Disney. Free Guy is a movie in which Ryan Reynolds plays an NPC who emancipates himself from the GTA / Fortnite-type world in which he works as a bank clerk.

In the video, the two Marvel characters sit down on Deadpool’s couch to watch the 4-minute Free Guy trailer together and pause now and then to exchange their thoughts and joke. Even if this is a promotional video, if you are a fan of the character’s humor it will surely make you laugh. By the way, the video caption sets the tone pretty well: “Two MCYouTube members are reacting to the upcoming #FreeGuy film with Ryan Reynolds and Taika Waititi. Free Guy. In theaters and certainly NOT streamed on August 13th.”

Deadpool 3 “is still a long way off”

Deadpool is the only franchise that has been confirmed to be imported into the MCU by Fox’s X-Mens. While WandaVision gave us a taste of what it could be with QuickSilver’s weird cameo, it’s just a breeze so far and nothing has been confirmed by other members of the X-Mens. Earlier this year, Marvel CEO Kevin Feige confirmed that a Deadpool 3 movie is in the works at Marvel Studios, with Ryan Reynolds both in the script and as the actor:

He gets an R and we’re working on a script and Ryan is overseeing a script. We announced a number of things that we need to do now, but it’s exciting that it has started. Deadpool 3 is still a long way off. There is no filming this year. Ryan is a very busy actor. We have a very different kind of character in the MCU and Ryan is a force of nature and it’s just great to see him bring this character to life.

Another “first time” for the character who is the first to receive the famous R Mention from his official appearance on the MCU. What fans are waiting for the most now is the reunion of the two friends of Marvel, namely to bring together a Ryan Reynolds as Deadpool and a Hugh Jackman as Wolverine in the same movie. A recent photo of Jackman and Feige is currently fueling a lot of hope. In the meantime, Free Guy will hit theaters in theaters on August 13th.