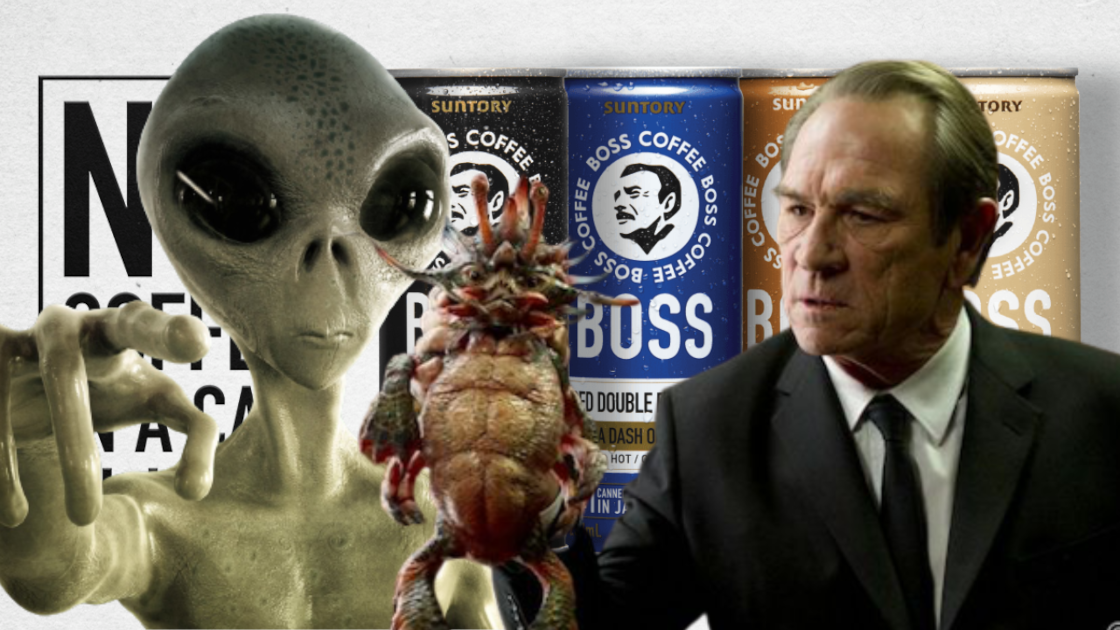 Everyone knows the comedy Tommy Lee Jones. This great American actor, who has appeared in films such as the Men in Black saga, Captain America: First Avenger or the incredible No Country for Old Man, is also the protagonist of a series of crazy and often very funny Japanese commercials. In fact, Tommy Lee Jones is the face of a major Japanese coffee brand: Boss.

Tommy Lee Jones has had a film career spanning more than forty years, having made almost 80 films, and he is also an actor who has been nominated multiple times at the Cannes Film Festival and the Oscars. He even won the Oscar for best supporting actor in “On the Run”. But alongside this impressive career, the actor has another mainstay that is much less known to the general public. In fact, Tommy Lee Jones is the hero of a series of Japanese commercials for a coffee brand called Boss.

Since 2006, Tommy Lee Jones has been the hero of this commercial promoting the coffee brand Boss. Boss is a brand of Suntory coffee sold in cans to be drunk hot or cold. In these commercials, Tommy Lee Jones plays an alien stranded in Japan. Then he decides to settle down on Earth and find a job. Each of the ads features Tommy Lee Jones in a different job as a station clerk, cab driver, or laborer. He learns about the manners and customs of the Japanese and each of the commercials ends with a reward: he gets a can of Boss coffee.

Comedy never speaks. His thoughts are illustrated by a voiceover dubbed by a Japanese actor. Tommy Lee Jones loves Japan very much. Besides these numerous advertisements, he also brought his financial and moral support to the country after the 2011 tsunami. While waiting to see Tommy Lee Jones back in cinemas soon, who will soon be starring in The Burial, we leave you this compilation of Boss advertisements: