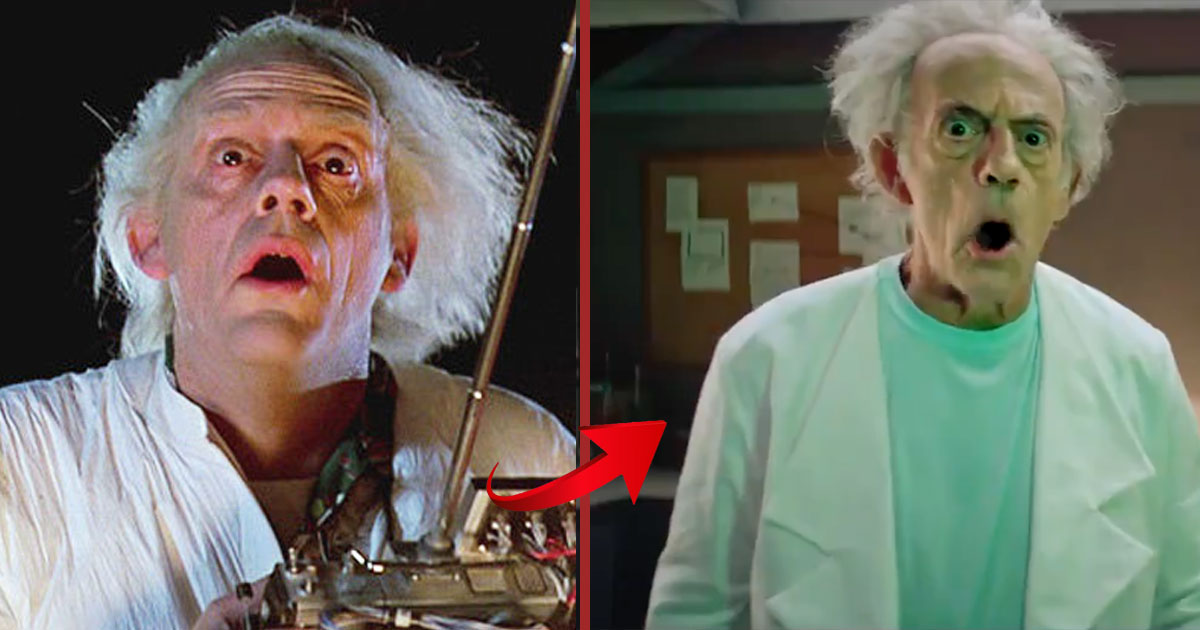 Adult Swim just revealed a teaser for fans of the Rick & Morty series. This gives us a glimpse into the iconic duo, all in live action. What does this mysterious trailer with actor Christopher Lloyd mean?

Adult Swim surprised fans by unexpectedly posting a short video of Rick & Morty as real actors. Obviously, in the role of the mad scientist, we find Christopher Lloyd. The actor is best known for playing Doc Brown in Back to the Future, whose character served as the inspiration for Rick’s creation.

With this video, Adult Swim gives us a first glimpse into “the C-132 universe”. In this parallel dimension, Jaeden Lieberher (It) plays the role of Morty, Rick’s grandson, who is constantly drawn into his adventures through portals. What can we then expect for the future?

So to speak, Adult Swim decided to leave the doubt. The speculation is correspondingly high. That short teaser would likely be tied to the end of season five, which is still shrouded in mystery. Maybe then we’ll have the right to a finale played by real actors. For their part, other fans see this commercial as the precursor to a live-action film specifically dedicated to Rick & Morty’s travels.

As a reminder, Rick & Morty is a comic book animation series that made the heyday of Adult Swim. She follows a twisted scientific genius and grandson who is accidentally drawn into his travels across the universe. In the Phoenix New Times, Christopher Lloyd confessed to being seduced by the show’s funny concept and parodied the relationship between Doc and Marty from Back to the Future. He had even been open to appear on the program.

While you wait for answers to our questions, we invite you to discover Zack Snyder’s new dizzy project around the series.

Avante party! starts this Friday in Quinta da Atalaia (and there is a lot to see)

Be careful, some games have stopped working and there is nothing you can do about it