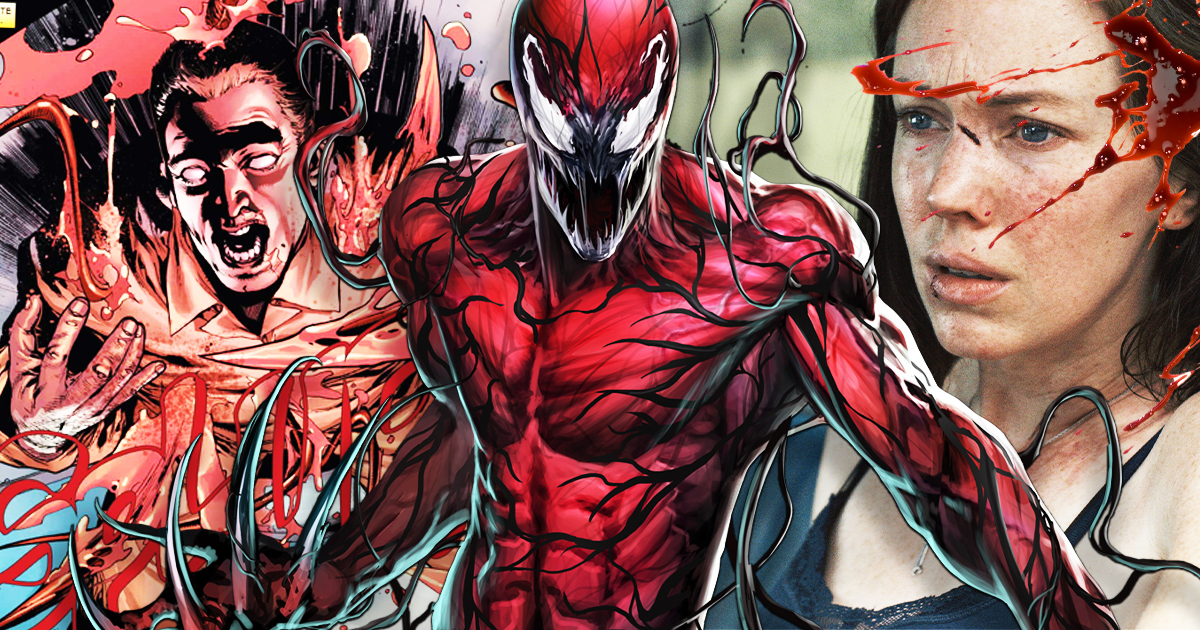 Spider-Man has many enemies, and one of the worst of them all is likely Carnage. The latter belongs to the line of symbionts. While the first of them, Venom, is believed to be the dark opposite of Spider-Man, Carnage has now been presented as a much crazier and bloodier version, hence its red color. In contrast to Venom, Carnage only considers one existential function: to kill. It must be said that Carnage was originally Cletus Kasady, a serial killer under the age of twenty. And his bloodthirsty side didn’t go smoothly … Because of this, it’s easy to find bloody moments with Carnage in the comics, as almost every one of his appearances begins (or ends) with a massacre. That’s why we invite you to find in this article the 13 most terrifying things Carnage has ever done just to show you just how cruel (and distraught) this character is.

1) Carnage killed his dog with an electric drill

What better way to show that a character is really terrible than having an animal tormented? In the comic book Venom: Carnage Unleashed, readers get a glimpse into Cletus Kasady’s childhood and the result is … How to put it … Not a very pretty sight. In this comic, the character tells his psychologist that his mother loved her dog more than she loved him. So young Cletus took the dog to the basement and killed him with an electric drill. He still fondly remembers the pleasant feeling he felt when he pierced him. We warned you …

Cletus Kasady is really upset. In the comic book Carnage, USA, Carnage takes up a perfectly calm and peaceful city. He begins with an attack on a meat factory. Then we see a man rush home to check on his family. When he gets home, he asks where his children are. The mother replies that her son is bathing the baby. The man then screams in horror and rushes upstairs only to find that his baby has been completely absorbed by the symbiote when his son asks for his help. The two children suddenly turn into monsters and kill their father. Just that.

Whenever Carnage escapes from prison, a trail of bloody corpses follows him. In Carnage Vs. Deadpool, Carnage escapes from prison again and strikes. His first act is to destroy a restaurant (and the people who sat down for dinner): he starts by sticking a pickaxe in the head of a state cop, then dismembering the men who try to stop him. When he’s done with them, he attacks the women and children trapped in the restaurant. In total: dozens of victims.

4) Carnage turns his psychiatrist into a cannibal

Marvel comics still portray Carnage as the symbol of evil incarnate. In Carnage: Mind Bomb, a particularly famous doctor tries to figure out how his mind works, but it ends badly. In fact, the doctor wants to know how Carnage sees the world, and when the drugs no longer work, Carnage struggles. Instead of just killing the doctor, Carnage infects his mind with his own. The doctor thus perceives directly how Carnage really sees the world. This is enough to make him a real madman who tries (with big jaws) to eat the guards who come to save him.

In Carnage: It’s a Wonderful Life, Dr. Kafka and security chief Jameson put in Carnage’s mind after he infected them with his symbiote. One of the first things the duo notice is a room full of tortured Spider-Men. Then they see a Spider-Man swinging in front of them before being horribly beheaded by Carnage. Carnage’s mind simply beheaded and tortured Spider-Man hundreds of times.

7) he killed his grandmother by pushing her down the stairs

In Venom: Carnage Unleashed, Carnage kidnaps his psychiatrist after he escapes from prison and continues to tell him about his past. One of the stories he tells is that of his very first murder when he was only 6 years old. Carnage says her grandmother was an obese old lady who smelled bad. He explains that he always wanted to kill her. Then he lured her onto the stairs by smashing her precious collection of fragile dolls on the steps. As she got closer, Cletus pushed her. Then he explains that he enjoyed hearing her neck break like a twig.

Some people cannot be helped, and Carnage is the perfect example. Whenever a medic tries to figure out how it works, Carnage turns against him dramatically. In the comic book “Maximum Carnage” (which is a great example of what we just explained), Carnage finds himself free and looks for other people to take out. So he goes to a psychiatric clinic and meets a psychologist there who asks him to save his life. She tells Carnage that she can help him and heal him. To prove to her that she is wrong, Carnage will eliminate everyone in this mental institution. He does this in a particularly brutal way, in the hopes that it will attract Spider-Man and Venom, whom he wants to fight at all costs.

9) an army of miniature slaughter committed a bloody massacre

The only thing worse than Carnage is … An army of bloodthirsty miniature Carnages. In Minimum Carnage, Carnage uses an army of miniature versions of himself to butcher everyone. Bloody, of course.

10) Carnage and Deadpool killed each other

What happens when you pit one of the craziest villains in the Marvel Universe against one of the craziest “heroes” in the world? A blood bath. In Deadpool vs. Carnage, the two extremely violent individuals clash and the result meets our expectations. They destroy each other, leaving behind only blood, guts and tons of material damage. Fortunately, they both wear red.

11) Carnage runs a man behind his computer screen

In the comic series Venom: Carnage Unleashed, Carnage receives a new ability: he can now send his symbiots through computers and communication channels. One of the most terrifying things he does with this new ability is killing a man who doubts he is the real slaughter. The computer scientist actually explains that it can only be some kind of hologram or illusion, and Carnage answers by sending his symbiote through the internal mechanisms of the Internet. The symbiote then pierces him in a spectacular and bloody way.

When Cletus Kasady became Carnage, Spider-Man realized he was too strong to face alone. So Peter Parker enlisted the help of the antihero Venom. When Venom and Spider-Man were on his heels, Carnage grabbed a newborn baby and tossed it out the window as a distraction. Here it became clear to readers that Carnage really isn’t your typical Marvel super villain …

In Maximum Carnage, Cletus Kasady teams up with Shriek (a Marvel super villain who can manipulate sounds and has a very interesting psionic gift). The latter’s empathic powers are used by Carnage to turn the entire Manhattan area into a bloodthirsty mob, which in turn provokes an unprecedented insurrection in human history. Blood in abundance!

And if you want to know which scene that was considered “too bloody” for Venom Let There Be Carnage was deleted during the cut, let’s let you read our previous article on the subject.

after Le Serpent, this new exciting series is a monumental success