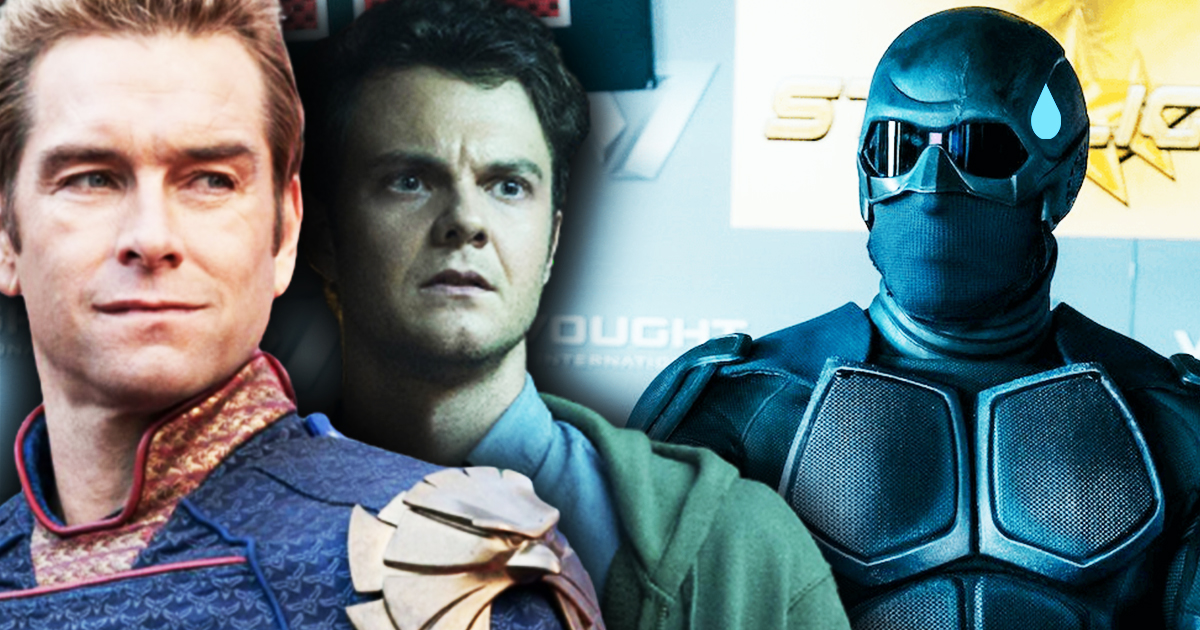 Some time ago, before the end of the third season, we presented you with a first theory about the fate of Black Noir. However, the end of season two (with mention of her allergy) changed the situation a bit, and today it was important for us to share with you a new theory on her subject, which is widely talked about on social networks.

Warning: this item contains very important loot for all of The Boys comics. If you’ve been following the comic strip and don’t want to be spoiled, then read no further.

Black Noir in the Boys Comics

To understand the future theory that is presented to you, the first thing you need to know is who Black Noir is in the comics. If you don’t want to know about this reveal from The Boys comics, there’s still time to quit, if not, here is the answer. In the comics, Butcher himself is the target of a super, and he is none other than Black Noir. The masked character usually pursues terrorists, but still holds a grudge against anyone who monitors superheroes on behalf of the CIA.

In fact, it is a clone of Homelander who confesses to raping Becca Butcher and photographing the scene. In the first moments of The Boys series, we thought that Eric Kripke chose to go the same way, as the character of Black Noir remained very mysterious. However, the end of season 2 proved to us that Eric Kripke had moved away from the comic trail after all … What if it was better to come back to it? We share with you this very interesting theory about Season 3.

A very popular theory for season 3

Recall: Season 2 of The Boys ended with key events for Black Noir (Nathan Mitchell) and Homelander (Anthony Starr). Black Noir finds himself in a vegetative state after his confrontation with Queen Maeve after she uses her nut allergy against him. Homelander is not left out as he also ends season 2 in dire straits. The season finale actually reveals he’s mentally broken after crippling his Nazi girlfriend Stormfront and having to make the concession by leaving Ryan in charge of Billy Butcher after betraying Maeve.

According to the popular theory we’re discussing here, Vought CEO Stan Edgar (Giancarlo Esposito) will clone Homelander and use it as a replacement for Black Noir, who is still in a coma. The theory also goes that Black Noir will eventually wake up like in the comics, leading to a gigantic clash between Homelander, his clone, and the original Black Noir.

The theory is that after the events of The Boys season two, Homelander will begin to lose touch with reality. His descent into insanity will force the hand of Stan Edgar, who will have to install an extra security device if he can no longer control Homelander at all. However, Edgar cannot easily reveal his new creation and so will hide the Homelander clone by posing as Black Noir and claiming that it is healing. This is an especially interesting theory, especially when the showrunners are also having fun using the fake Black Noir in multiple scenes before Maeve and Annie discover something is wrong. The fact that the fake Black Noir didn’t remember their confrontation in Season 2 would then open the investigation into the two heroines.

At the same time, the clone could also pretend it was the real homelander and lose ground too. At this point, Black Noir awoke from his coma, revealing the extent of Edgar’s deception, resulting in a brutal fight between the three “Supes”. This theory would also allow for the introduction of a character who could compete with Homelander in battle, which all fans of The Boys would love to see. And you, what do you think of this theory? We let you answer our survey, as well as through our comment area! And if you want to learn more about Season 3 of The Boys, we invite you to read our previous article which has all of the information we have on the adaptation of the “Herogasm” event from the comics.