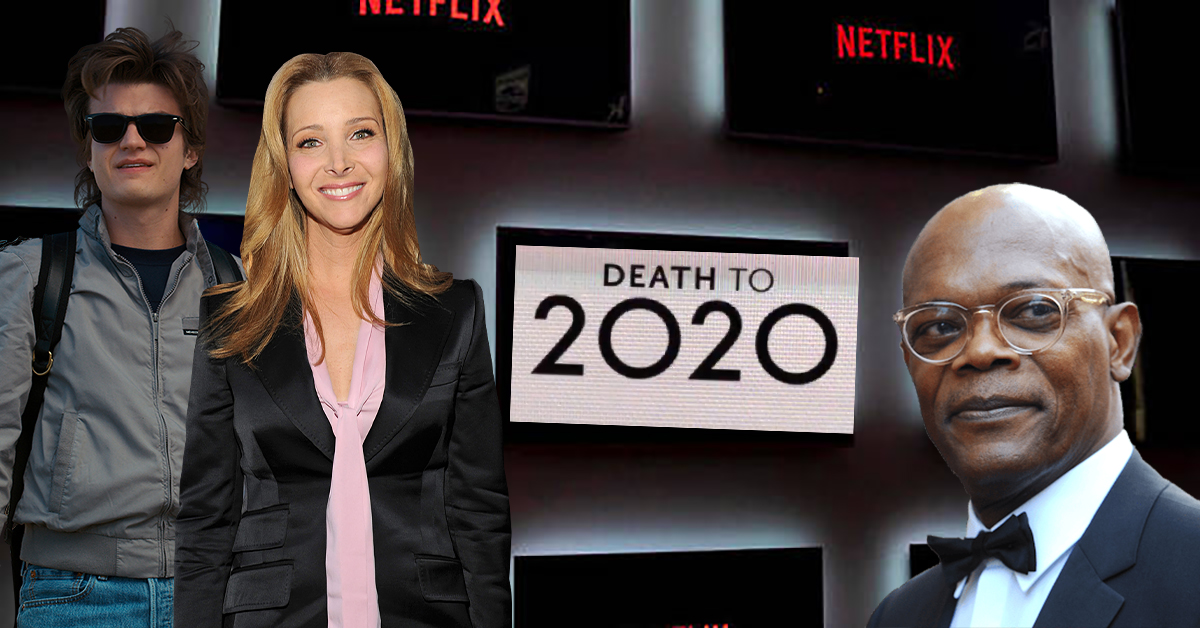 If you’re one of the many people who cursed 2020 more times than you could possibly count, Netflix heard you. The streaming giant just announced the release on its platform of Death to 2020, a “comic book event” that springs straight to the mind of the creators of Black Mirror and that should allow us to bury 2020 for good.

The cast of the show, which Netflix will soon be offering, is nothing short of impressive as we’ll find stars like Samuel L. Jackson (Pulp Fiction), Hugh Grant (The Undoing), Leslie Jones, Joe Keery (Stranger Things) and Kumail Nanjiani ( Silicon Valley), Tracey Ullman, Cristin Milioti (The Wolf of Wall Street), Diane Morgan (After Life), Samson Kayo (Famalam) and Lisa Kudrow (Friends) in this original comedy from the Netflix platform Death To 2020.

Here is the recap of this comedy revealed by Variety:

2020: one year [insérer l’adjectif de choix ici]which even the makers of Black Mirror couldn’t imagine … but that doesn’t mean they have nothing to add. Death by 2020 is a comedic event that tells the story of that year that was (and maybe still is?) Terrible. This historical documentary style special combines some of the world’s most famous (fictional) voices with up-to-date archive footage from the past 12 months.

Netflix also released a teaser for the brand new show today yesterday which reads, “A comedic event you’ll never forget because of a year you really don’t want to remember”:

The comedy event you will never forget, from the year you * really * don’t want to remember. Death by 2020 – from the makers of Black Mirror – is coming soon. pic.twitter.com/g4LsepA45d

As you can see, Netflix has yet to announce when the special will air. The teaser published on Twitter doesn’t really offer any more information, even if it comes with the slogan “soon / too early?” Ends, which obviously indicates the fact that the year has not yet ended, and other events may still occur. In any case, the general atmosphere of the teaser reminds us of the atmosphere of the Black Mirror series. We can’t wait to see what this genre mix will look like in the future.

200 euros discount on the Huawei MateBook 14 with 2K screen

“Gordon Ramsay is Gordon, Ljubomir is a cheap copy made in China.”