The Courier
HomeWorldBetween extraterrestrial theories and sudden disappearance, the monoliths cause a stir
World

Between extraterrestrial theories and sudden disappearance, the monoliths cause a stir 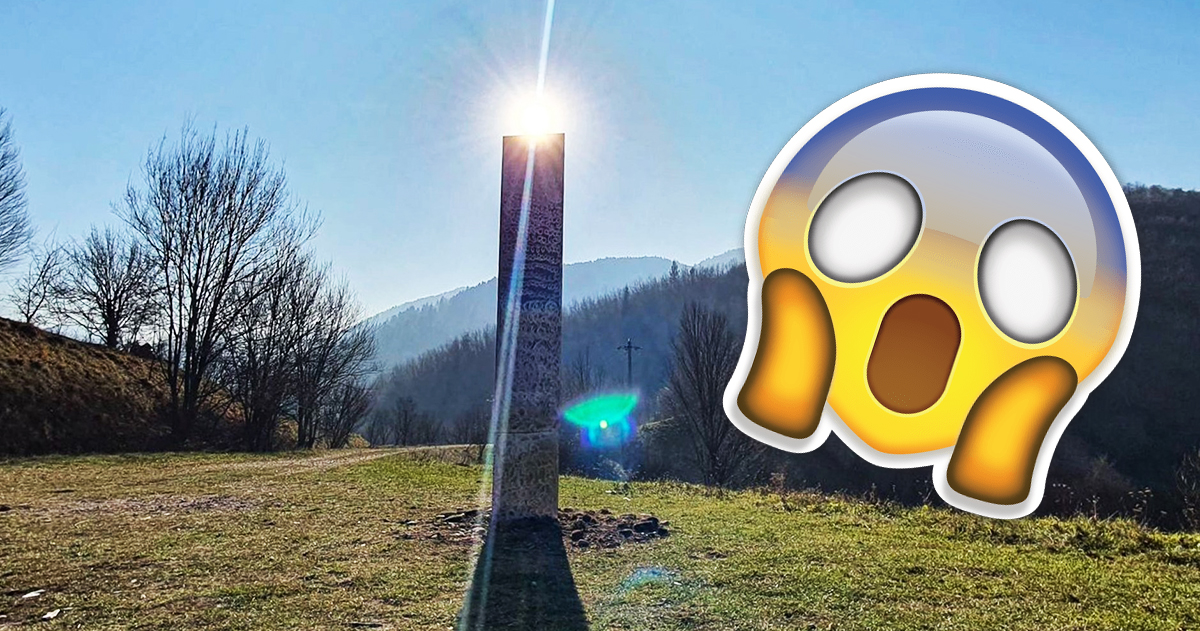 The mysterious monolith of the Utah desert

On November 24, 2020, we reported to you in a previous article that members of the Utah Department of Public Safety and the Utah Wildlife Resources Division discovered a silver monolith in the Utah desert during a helicopter flight. The solid object was about 3 to 3.5 m high.

The exact location of this strange monolith was not given at the time to prevent people from getting into that exact part of the desert (although in the meantime a group of friends managed to locate it and take a photo next to the strange structure).

This very mysterious discovery reminded us of 2001, A Space Odyssey, a Stanley Kubrick science fiction film based on a script that Kubrick and Arthur C. Clarke co-wrote. The summary of the film for those who haven’t seen it goes as follows: In the infancy of mankind, in the African desert, a primate tribe tries to fend off repeated attacks by a rival gang. The discovery of a black monolith enables the leader of the besieged monkeys to wield a bone and use it as the first tool to ward off the enemy (and after leaving in a spaceship where he suddenly had a revelation) we learn that the Monolith sends signals to Jupiter).

By the way, we’ll let you see Kubrick’s cult film! In our case, however, the monolith in question decided to pack on our good ol ‘dry land. Two days ago the monolith was removed from the landscape and it was initially believed to have disappeared. Without counting on images posted on the internet showing four men actively working in the middle of the night to discover this strange monolith before taking it to an unknown destination in a wheelbarrow … But the story never ends. don’t stop here.

A Romanian metal structure was found on the hill of Batca Doamnei in the town of Piatra Neamnt, which, with some differences, closely resembles the monolith of the Utah desert. One side of the monolith is right on Mount Ceahlau, which is locally considered a sacred mountain that is particularly well known in Romania.

This monolith found in Piatra Neamt in Romania is similar to the one found in Utah. Read more on our website: https://t.co/L6vPd5hjvI pic.twitter.com/4LP81Fa3fw

The monolith found is about 4 feet tall, like the one previously found in Utah, and is clearly covered in circles that appear to have been scrawled. The owner of the monolith is again unknown, and opinions about the meaning of these structures differ. Again, many see it as the work of artists who place their work in a certain place in the world while waiting to be discovered. This has been seen in the past. Some enthusiasts see it precisely as the work of John McCracken, a famous science fiction artist who died today. Indeed, his son Patrick McCracken had declared for the New York Times that his father had confided in him before his death that he would “like to leave his works of art in secluded places so that they can be discovered later.”

This time, like in Utah, the monolith has decided to pack again. On the night of November 30, 2020, the monolith actually disappeared and the legends about its disappearance have already spread far beyond Romania’s borders. We can in fact read on Jurnal FM, a local radio station that has collected the testimonies of the people of this region of Romania:

Bright light would have surrounded the object. Locals thought it was from a car, but it pointed to the sky. In the morning the place where the monolith stood was empty, only a faint imprint remained on the snow-covered ground.

Internet users have of course already taken up the case on social networks, mocked these statements and confirmed that the aliens definitely left traces of welding on the monolith.