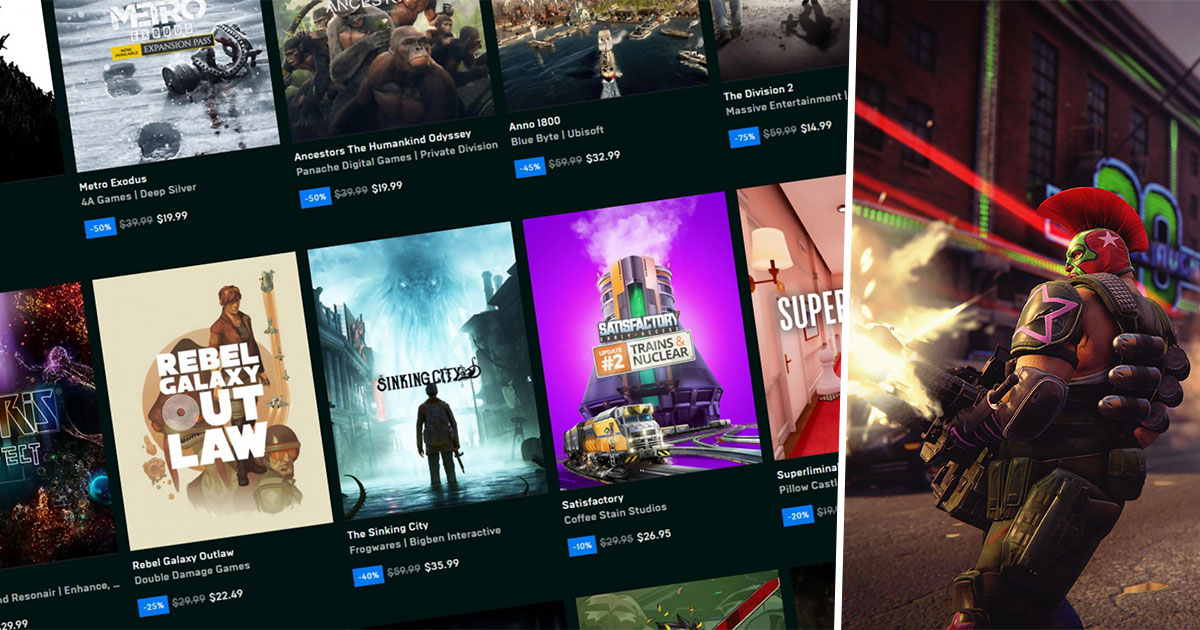 The Epic Games Store continues to draw on its parent company’s reserves to offer free games to its users. This allows owners of an Epic Games Store account to quickly restore the weekly free games each week to sublimate an already well-stocked library a little more. And this week, the two free-to-play games don’t have much in common other than their penchant for crazy storylines.

two free games to pick up by September 2nd

Until September 2, 4 p.m., Epic Games Store account owners can get their hands on two new games for free: Automachef and Saints Row: The Third Remastered. The first is a simulation game in which you run a fully automated kitchen, while the second takes you into the hellish world of Saints Row, more digital than ever in this third part. Two free games that you can now check out on their respective pages.

In Automachef, you need to manage your resources and time to put together the most accurate automated kitchen. This puzzle and simulation game lets your imagination run wild to create fully automated restaurants. Complete autonomy that you have to program beforehand. Puzzles will get in your way too, requiring logic and thought to get rid of them.

In addition to the single player campaign, you can continue playing Automachef via the “Contracts” mode and the “Sandbox” mode. It’s up to you to take on the challenges of the first or simply to give yourself a carte blanche in the second. It’s up to you to manage tomorrow’s kitchen in this game with rather positive Steam reviews. A temporary free game that could keep you occupied for a few hours.

As the name suggests, Saints Row: The Third Remastered is the remastered version of the third part of the complete WTF saga by Volition. An opus released exclusively on the Epic Games Store last year where the Saints are back. The Saints now face a new threat, that of the Syndicate. After the robbery of a bank belonging to this organization, which is firmly run by a Belgian, the most violent gang in the area has to go to Steelport.

As usual, we remind you that there may be problems getting the game from the Epic Games Store. Don’t worry, it is simply necessary to focus on two-factor authentication. All you have to do is activate it and here are the steps to do it

It should be noted that the next free game has already been announced and it will be Yokus Island Express.