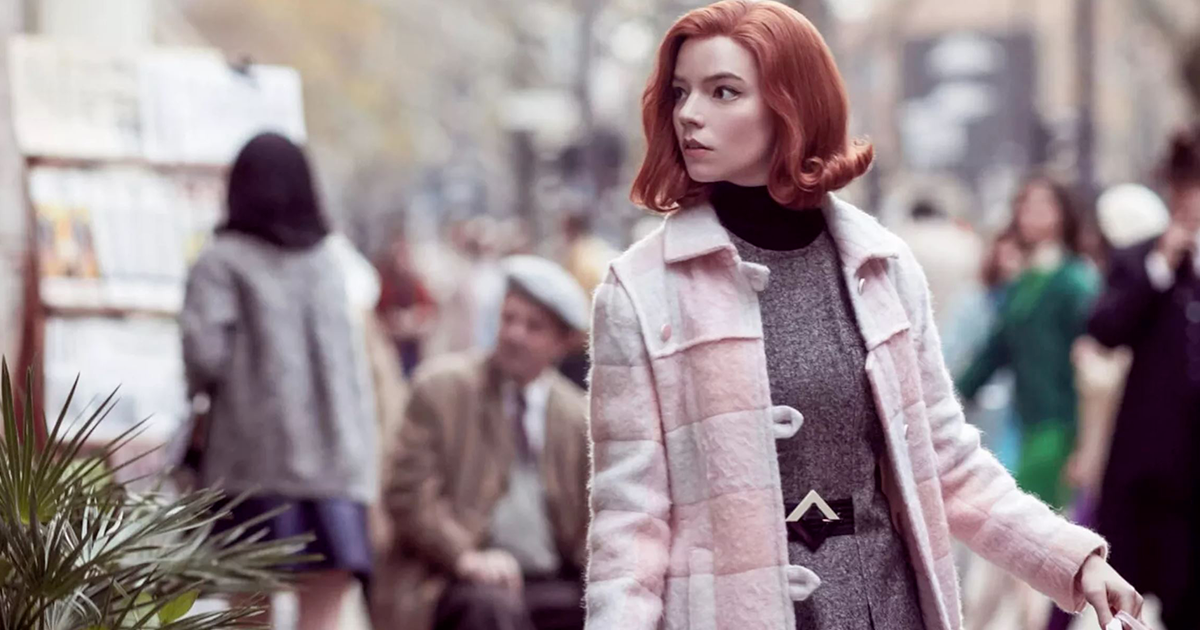 The miniseries The Lady’s Game caused a sensation on Netflix and seduced a number of viewers. The staging was particularly noticeable, because inside every detail seems to have its meaning …

Tailor-made outfits for sublimating the staging

The Queen’s Game tells the story of a young chess ace who wants to be the best. It is Anya Taylor-Joy who plays the main character Beth Harmon and sublimates the series with her particularly acclaimed acting. But what would a good actress be without a production worthy of the name? This, the production of The Lady’s Game got it well and then decided to do whatever it takes to get you caught on your screen.

Beyond the staging, Beth’s dressing room was the subject of exceptional thoroughness. The goal: never cut off the audience from the atmosphere and from this special time. In the seven episodes of the miniseries, each outfit of the young woman has its meaning and its own little secrets.

Vogue magazine also decided to interview Gabriele Binder, the costume designer behind the series’ outfits. Gabriele Binder, who had already been nominated for the Oscars for her work on L’oeuvre sans author, had to research a lot about chess, but also about the fashion of the 60s, in order to create contextual outfits.

One outfit, one story

Beth’s first dress is the perfect example. Indeed, it has striped patterns reminiscent of the board of a game of chess. An obviously voluntary choice of the costume designer, as she explains.

I always try to reflect on what is going on in a character in their outfit and chess was a must for them at the time. The contrast of the checkerboard pattern reflects the nuances of the game itself, where every choice is crucial, you win or lose and you couldn’t have found that idea with a flower pattern, for example.

The outfits of Beth’s rival Benny Watts are directly inspired by Andy Warhol’s universe, as are those of the young woman. All of this to distinguish them from other players and to mark their position as an “oustider”.

Beth’s costumes change during the episodes. Gabriele Binder was then inspired by vintage brands such as Pierre Cardin or Courrèges to design the main character’s outfits. Some dresses like the one worn in Moscow are also winks. In fact, the checkerboard pattern of the outfit echoes the dress from the first episode, which was designed by her mother.

The final costume is also very important. Gabriele Binder then decided on a completely white outfit that Beth will proudly wear to show “that she has become THE queen of the chessboard”.