Bethesda’s next game is already looking like a supernatural nugget 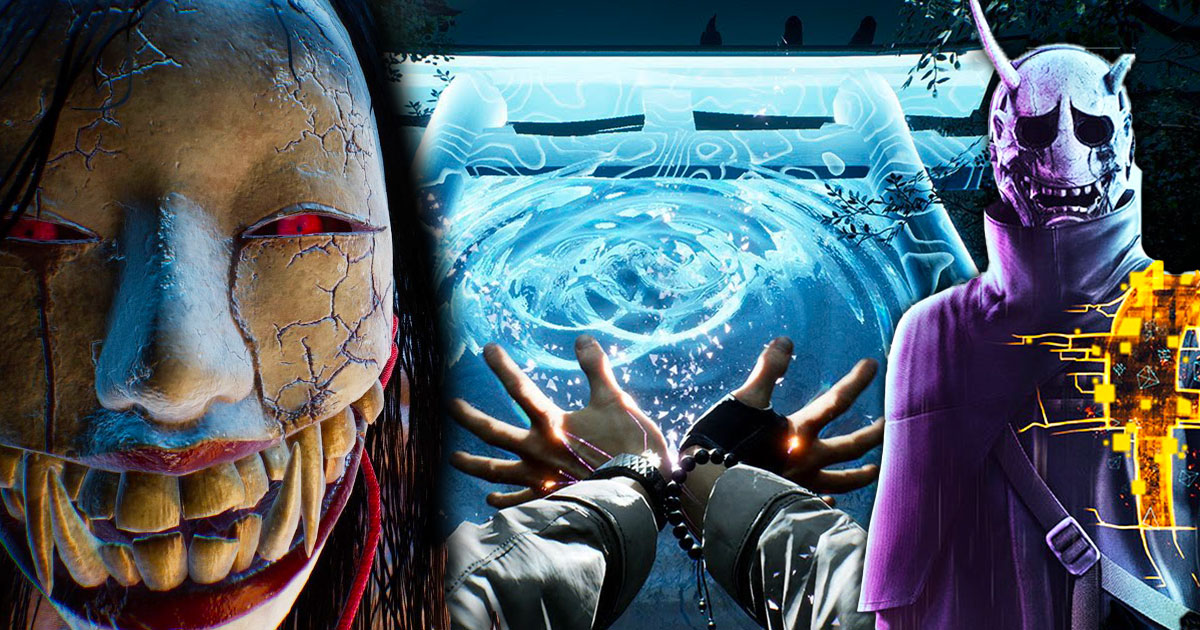 This Thursday, February 3rd, PlayStation presented new gameplay for GhostWire Tokyo, the next creation from Tango Gameworks studios. A re-signed game from Shinji Mikami, the horror specialist who delivers a title that isn’t scary, but presents itself with a supernatural atmosphere. And in GhostWire Tokyo, the Japanese capital is invaded by demons. A title published by Bethesda that we were able to see in more detail after a proper presentation. The opportunity for us to share our impressions of this exclusive PlayStation game scheduled for March.

Travel to Tokyo which has been overrun by Yokai

After The Evil Within in 2014 and its sequel three years later, Tango Gameworks returns this year with Ghostwire Tokyo, a demon-infested title that aims to immerse players in a devastated and completely depopulated Tokyo. Its protagonist, a young Tokyoite named Akito, must team up with a mysterious character named KK. Out of this alliance will emerge an entity capable of wielding elemental powers. Fire, wind, water, skills needed to purify Tokyo invaded by hordes of folkloric creatures commanded by a certain Hannya, the main antagonist.

And contrary to what the first trailers suggest, Ghostwire Tokyo is by no means a horror game. Tango Gameworks’ Baby Project is more like an RPG with a supernatural atmosphere, with an emphasis on action and exploration. A Tokyo that will evolve with the presence of demons. A bestiary linked to Japanese folklore from which a series of Yokai will emerge. Demons that Akito may or may not secretly eliminate, specifically by snatching from them some sort of heart that reveals itself over the punches.

Ghostwire Tokyo has a skill tree, the details of which are yet to be revealed, but will increase skills to emphasize a specific playstyle. Abilities that vary widely, ranging from a single attack to the area exploding through the shield, which is counterable (if the timing is right). It remains to be seen if skill animations will vary with upgrades. For its part, the map is also similar to that of open world RPGs of the moment with its share of points of interest, side quests and of course its main mission just waiting to be completed.

In this depopulated Tokyo (99% of the population has mysteriously disappeared) it will be necessary to deliver spirits trapped here and there, defeat the demons that now live there, and this piece of land ruled by supernatural forces, after and after clean. Alongside his powers, Akito eventually gets his hands on a bow that is able to eliminate her. The head seems to be their weak point, a weapon that therefore requires skill. And while demons tend to be relatively slow at first, the latest trailer has proven that enemies are capable of faster attacks. Whether or not the difficulty will be there remains to be seen, although Mikami has proven to be the source of memorable altercations in the past.

Ghostwire Tokyo proved to us through this presentation that it has a strong identity. Abandon the open worlds that all look the same, the Tango Gameworks title emphasizes a distinct and alluring artistic direction. The decorations change in real time during infection, enough to suggest enchanting and exotic levels. Note that verticality can develop during these atmospheric changes. Thus, the rooms of the same apartment can be moved and the living room can be moved up, forcing Akito to jump on the surrounding furniture to get to the next room. Outside, it’s also possible to hold on to a Yokai to reach the roofs of buildings.

A supernatural atmosphere highlighted by a good quality (on first listen) soundtrack. Bonus point for the animations of the skills and heart ripping, which are fluid, dynamic and particularly attractive. With a bit of luck, these will change as your skill level increases. Right now it’s hard to know what this Ghostwire Tokyo is really worth. On paper, it has everything it needs to embody a big hit. You still have to wait until you really have the controller in your hand to be able to judge the whole material. But after this presentation it is clear that Ghostwire Tokyo shows promise and deserves the attention of fans of the genre. Final answer on PlayStation (temporary exclusivity) and PC on March 25th.