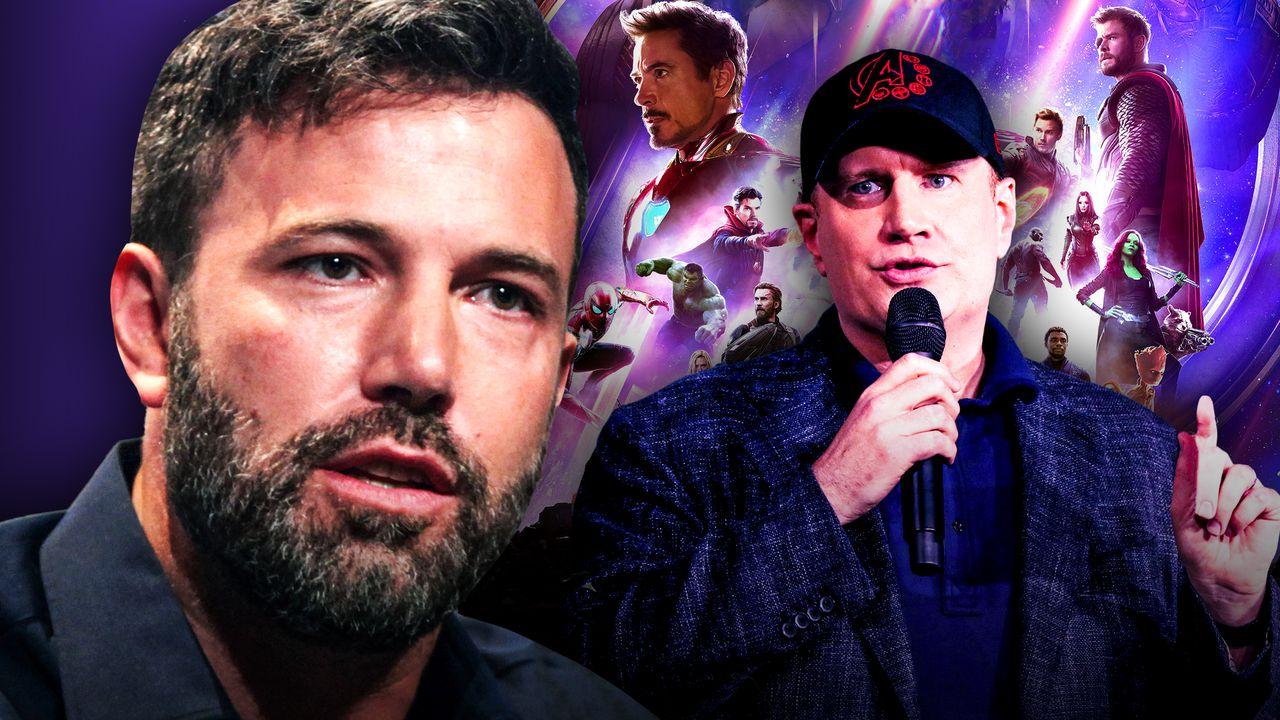 American actor Ben Affleck is swinging around right now. About his role as Batman, about his (more or less good) shooting experiences, about his films, about his future, but also about the future of cinema and its rapidly changing industry. He explains this last point in a cross interview with his lifelong friend: Matt Damon.

An interview full of revelations

We learned this morning in an interview with Matt Damon for the media Entertainment Weekly that his lifelong friend played a key role in his decision to ditch his Batman costume. A statement echoed with the one featured in our columns yesterday in which the 49-year-old actor admitted his filming in the Justice League had been a disastrous experience, a test that motivated him to make his decision to join the DCEU leaving.

On the occasion of that interview, Ben Affleck also spoke about the film industry and gave his opinion on the profitability of certain films, especially the Marvel franchise. According to him, the box office will soon be reserved for films by the MCU and other studios that have known intellectual property.

I have to say when The Way Back (in which he plays Jack Cunningham, a former basketball player who became a coach) came out, it came out the week that theaters were closed (due to a pandemic). But I knew beforehand that this film about grief, the death of a child, alcoholism and healing would not bring the adults into the cinemas, ”said Affleck.

“If I had to bet that a drama like Argo wouldn’t have hit the cinemas today (…), I think movies are becoming more expensive, more event-oriented. They will and will mostly appeal to young people ”focused primarily on one style theme:“ Hey, I’m so in love with the Marvel Universe, I can’t wait to see what’s going to happen. ”And there will be 40 films per Year in theaters, he added.

In fact, according to him, the most lucrative licenses that are endowed with world fame and stand out from the game with the important skill of fan service – for example, Affleck mentions the low income generated by Ridley Scott’s film, The Last Duel (which he co-produced and in which he stars), which grossed just $ 30.6 million at the domestic box office. For comparison: Spider-Man: No Way Home currently hits the box office with 668 million tickets sold, surpassing James Cameron’s Titanic (659 million) or Star Wars: The Last Jedi (620 million). Infinity War and its 678 million are just a short hop away.

According to those affected, films like The Last Duel would benefit more if they were published in SVOD, on major streaming platforms such as Netflix or Amazon Prime.

The pandemic has hit the film industry hard. After several postponements, many films are now vying for a place in theaters and with No Way Home-caliber films the bets are risky. It is up to the distributors to choose the correct release date. In addition, the current trend of streaming movies is not helping audiences get to the cinema.

These are all the same statements from an actor associated with the DCEU and Warner. A big admission of weakness against Marvel?