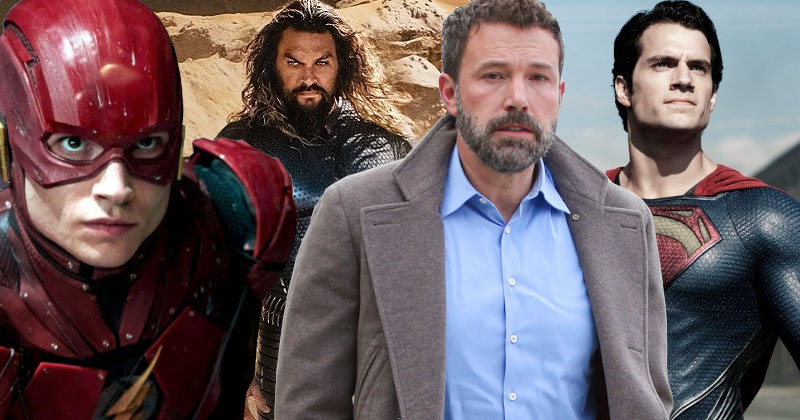 While he has multiplied the distinctive roles in the course of his career, Ben Affleck has shaped the mood in the DCEU in recent years, especially for his Batman interpretation. But it is to everyone’s surprise that director Kevin Smith revealed that the actor was close to playing another hugely popular superhero.

Ben Affleck as Batman, in a hesitant DCEU

With more and more invested resources, the DCEU has been trying for several years to compete as well as possible with the Marvel Cinematic Universe. A complicated duel for the DC team, which is starting off healthy again and thanks to a screenplay sleight of hand in The Flash, scheduled for this year, SnyderVerse wants to get rid of, which means that certain characters like Superman could get in and just disappear.

A breath of fresh air is blowing over the DCEU, as Ben Affleck will appear as Bruce Wayne for the last time in the film and Michael Keaton returns to repeat the role of Batman, who was left behind 30 years ago. And if he doesn’t want to lose himself body and soul in blockbusters today, it was completely different at the beginning of his career.

Director Kevin Smith recently revealed in an interview that the actor should have played the role of another superhero whom he fought as Batman in 2016: Superman.

When someone tells you about Superman, most of you will likely imagine Henry Cavill dressed as a crypton superhero. But long before that, in the mid-90s, Ben Affleck almost got the role. Note that in the movie Hollywoodland he slips into the shoes of actor George Reeves, who is himself a Batman performer.

It all started with the comedy Les Glandeurs. It was published in 1995 and was directed and written by Kevin Smith while Ben Affleck played the role of Shannon Hamilton. The film is a commercial failure, but it still allows the two men to meet. The director then decides to work on his own version of a Superman movie, the Superman Reborn Project, developed by Warner at the time, which does not tempt him due to a “terrible” scenario. The project takes shape, Jon Peters becomes producer and Ben Affleck is a candidate for the title role.

I wrote the script for Ben Affleck. He was preparing for the role. It’s like he’s already there. […] Affleck, he’s a bloody giant, he’s built like a superhero, like a giant action figure. And then he can build muscle. So in my head and in my heart it was Ben Affleck. Kevin Smith, during an interview for Yahoo Entertainment

Peters just wanted him badly to return to Sean Penn, the source of a disagreement that will never lead to a compromise.

Jon said to me, “Look at Sean Penn’s eyes on The Last Walk (for which he just got an Oscar, note), they’re being chased, they’re the eyes of a killer.” He wanted to reinvent the character. He wanted something raw, graphic, and adult. Basically what Zack Snyder ended up doing later. Kevin Smith

Although Kevin Smith and Jon Peters have agreed on a plot based on the comic series Death of Superman, casting issues will eventually nip the project in the bud.