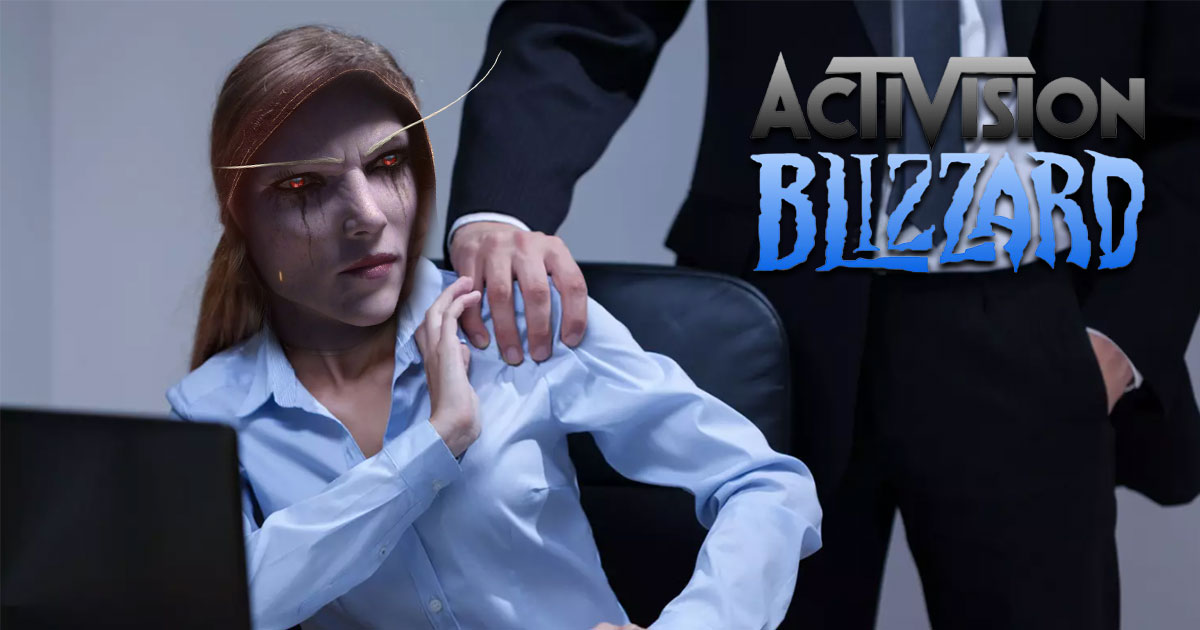 Last week, Activision Blizzard was the target of a new complaint against the publisher alleging a toxic work environment and cases of sexual harassment and touch. The American giant now has to make big changes to raise the bar, including in World of Warcraft. The developers announced that changes could be expected without giving any great details.

Again, Activision Blizzard is singled out by a complaint. This time it is the toxic environment that reigns there and sexual harassment, coupled with accusations of being touched, that are singled out. Robert Kotick, president of the group, even spoke on the matter, stating that he had hired the WilmerHale law firm to conduct a review of the company’s policies and procedures while inviting interested employees to contact Attorney Stephanie Avakian for the can turn to harassed employees and others. A protest was even staged outside Blizzard’s offices in which employees demanded “the conditions of the company’s employees, especially women, and especially women of color and transgender women, those who are not binary and other marginalized groups.” “, to improve.

After this case, the World of Warcraft development team wanted to have their say. In a statement posted on Twitter, the team said they had listened to “the brave women who came out to share their experiences,” and decided to “take the necessary steps to ensure we were an inclusive, welcoming Our team and our players in Azeroth provide a safe and secure environment. To this end, “Azeroth will immediately take steps to remove references that are not appropriate for our world.”

A message from the #Warcraft team. pic.twitter.com/3gWCz1gu8T

“From our team discussions, it became clear that we wanted to make a statement that was representative of the sentiments of the World of Warcraft team. We asked all of our team members to send us their suggestions and feedback on how best to deal with the issues to be able to deal with.” Community, and here is the result.

The past few days have been a period of reflection for the World of Warcraft team, devoted to conversation and contemplation, filled with sadness, pain and anger, but also hope and determination. In listening to the brave women who share their experiences, we are determined to take the necessary steps to ensure that we provide an inclusive, welcoming and safe environment for both our team and our players in Azeroth. Executives know that it is not up to them to judge whether we have achieved our goals; it is up to our team and our community to let us know when we still have a way to go.

As we hold our team accountable in our internal work to protect marginalized groups and their threats, we want to take immediate action in Azeroth to remove inappropriate references to our world. This work is ongoing and you will see several such changes in both Shadowlands and WoW Classic in the coming days.

We know that we must earn this trust through our actions in the coming weeks and months in order to restore trust. But we move forward knowing that we share the same vision as our community: to create a place where people of all genders, ethnicities, sexual orientations and backgrounds can thrive and feel proudly at home. “

Among the deleted references are likely those to Alex Afrasiabi, who worked at Blizzard on World of Warcraft between 2004 and 2020 and is quoted several times in the lawsuit. According to Kotaku, the former senior creative director of World of Warcraft was “allowed to engage in apparent sexual harassment with little or no consequence.” Grand Marshal Afrasiabi and Lord Afrasastraz, two NPCs who currently bear the name of the developer, are supposed to disappear from Azeroth along with a number of items. And with good reason, in protest of Blizzard’s complaint, many players had asked for the objects and NPCs to be deleted. The extent of the changes that will affect World of Warcraft remains to be seen.