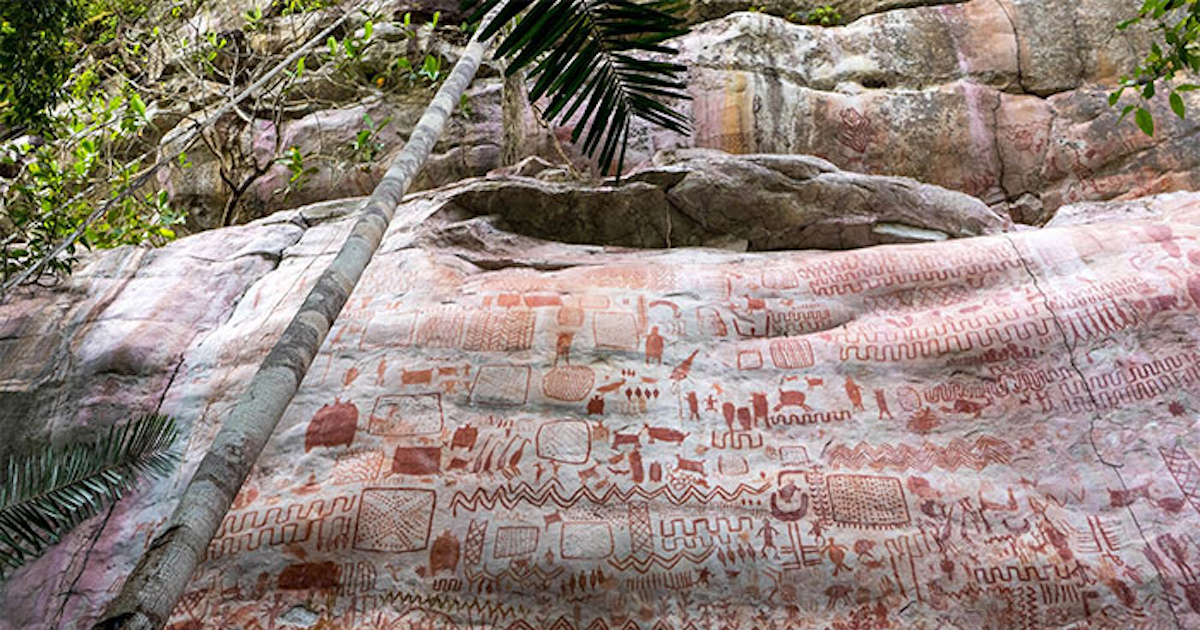 In the heart of the Amazon rainforest, a team of British and Colombian archaeologists have discovered thousands of prehistoric drawings and paintings stretching for miles.

A testimony to worldview and life 12,000 years ago

This discovery is extraordinary, because these drawings and paintings made of red pigment allow us to travel back in time, away from any civilization in the middle of the Amazon region. Archaeologists have come across these rock faces in the Serranía de La Lindosa region.

These man-made drawings give us an insight into the worldview and life of the early people in this region. The place was called the Sistine Chapel of the Elders.

These 12,000 year old paintings depict animals such as giant sloths, mastodons and camels for more than 12 km. These are species that have completely disappeared from the earth and lived at the time of the last ice age.

In addition to these animals, the discovered drawings show hunting episodes between humans and animals, human footprints, plants of time and faces.

The researchers were able to determine from the soil investigation that the men living there were hunters and gatherers and lived in rock shelters. They could benefit from fishing thanks to the nearby river. Moreover, the fact that these rock representations were made at height suggests that their authors certainly had to make ladders with the wood available in the forest.

On December 5th and 12th, UK broadcaster Channel 4 will present a documentary called Jungle Mystery: Lost Kingdom of Amazon in which we can follow these scientists who work on the Last Journey project, a project aimed at learning Learn more about the first humans in the Amazon and the impact they may have had on biodiversity in that part of the world.