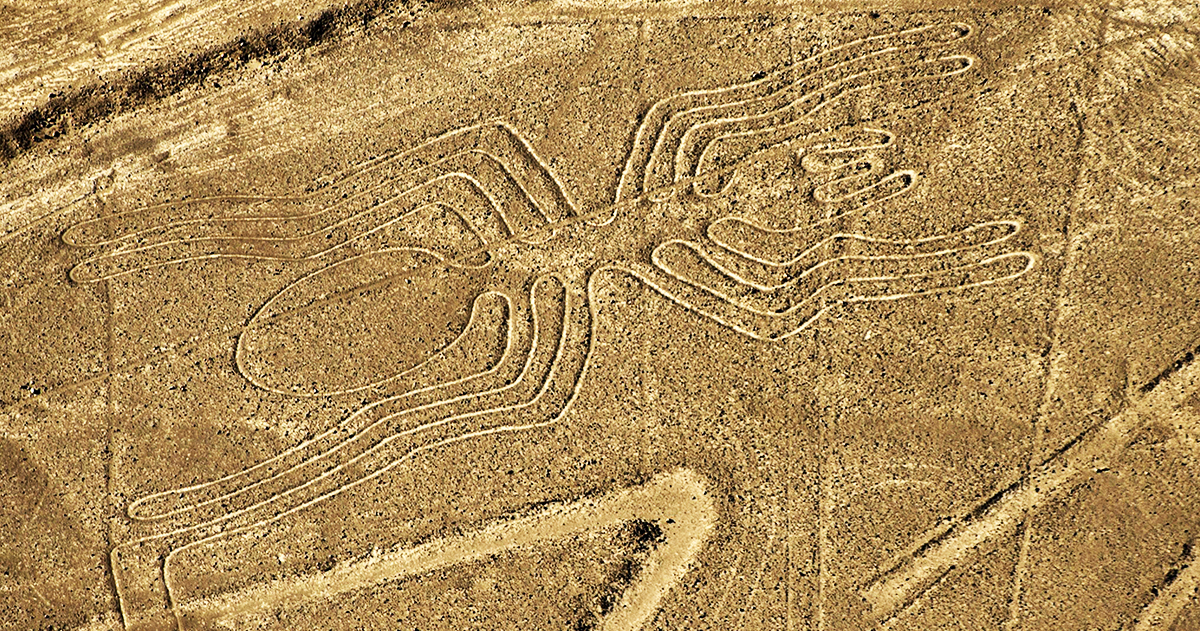 The Nazca site still surprises us. Last year, a team of Japanese scientists from Yamagata University discovered 143 new geoglyphs depicting people, animals, and various other figures. A new animal was discovered this year, and its size particularly impresses the archaeologists in charge of the Peruvian site.

The Nazca Lines were discovered in southern Peru in 1921, more precisely in a dry coastal plain about 400 km south of Lima. These giant lines carved into the ground are called geoglyphs because they form huge geometric patterns that can be seen from the sky. These lines, because of their number, their size and especially their continuity, still represent a great archaeological mystery today. At the moment, it is believed that these geoglyphs have a ritual function linked to astronomy. Because of their importance, all lines have been inscribed on the UNESCO World Heritage List since 1994.

The patterns represent animals, plants or fantastic beings. One might wonder if one is sure of dating this one. According to archaeologists, the authenticity of the Nazca Lines and geoglyphs is undeniable. How do you know? Indeed, it is the method of forming these lines that enables us to be sure. Indeed, it was necessary for the civilizations that preceded us to remove the upper layers of gravel, which for a long time had been darkened by the bad weather, in order to be able to put the surface of the lighter layers of rock, and this allows things to be done accurately date. Archaeologists are categorical: the lines date from a period between 500 BC. JC and 500 AD JC.

The new discovery at the Nazca site

A whole new geoglyph was recently discovered by archaeologists who shared their find with the world. The latter is located on a slope and slowly extinguished due to natural erosion. A 37-meter-long silhouette of a cat was photographed while maintenance work was being carried out on the site.

According to earlier estimates, this geoglyph is even older than the famous monkey and spider figures discovered earlier. It would have been haunted by the Paracas civilization that existed between 500 BC. BC lived in these countries. JC and AD 200 JC. “This discovery shows once again the rich and diverse cultural heritage of this site,” the Peruvian ministry said in a statement. Meanwhile, Johny Isla, Peruvian chief archaeologist of the Nazca Lines, told Efe, a Spanish news agency:

It’s pretty noticeable that we’re still finding new geoglyphs, but we also know that there is more to be found.

It can therefore not be ruled out that new discoveries will be made on this topic in the years to come.