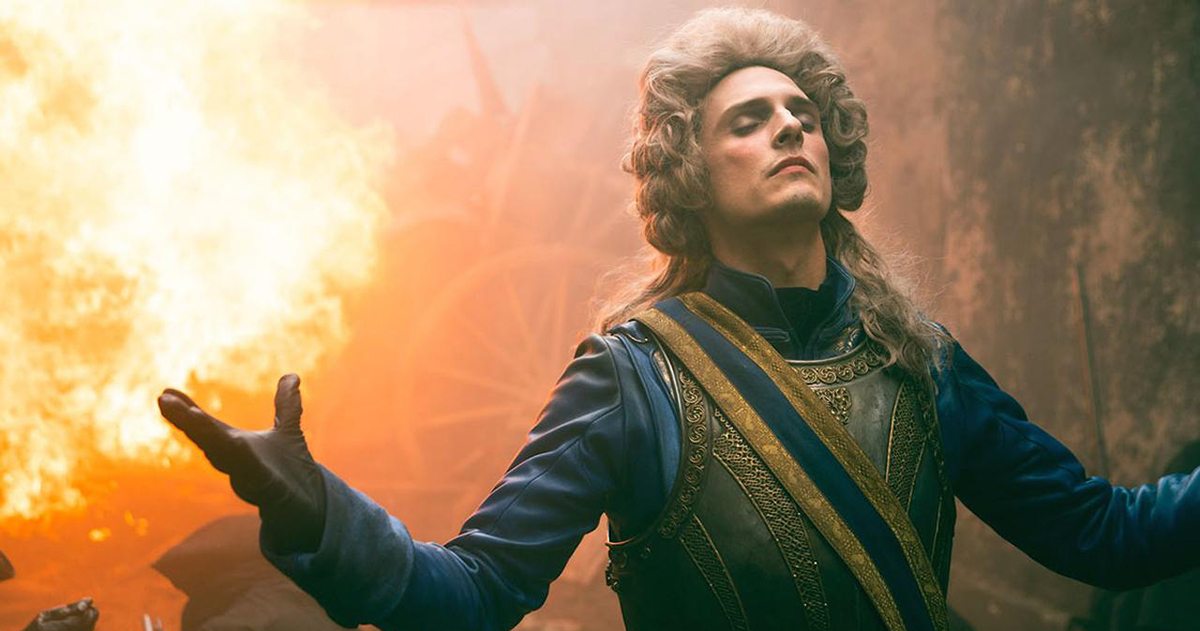 We knew in advance that Netflix had planned a huge budget for its original creations, almost $ 17 billion for 2020. The Revolution series, which will be available on the Netflix platform for a few days, is one of them new original creations, and it’s 100% French too. We wanted to know more about the background of the series, so we reached out to one of the actors.

What is the summary of this series? The viewer follows in the footsteps of Doctor Joseph Guillotin, played by actor Amir El Kacem. The doctor is responsible for solving a number of gruesome crimes that have taken place in the Kingdom of France. In parallel to this investigation, the nobles are fighting a criminal gang that defines itself as the “brotherhood”. To give you a better idea of ​​what to expect, here’s the trailer that was just revealed.

The French series, which has been available on the Netflix platform since October 16, has already talked a lot about it on the networks. To find out more about the series and how it was made, we spoke to an actor from the series, Geoffrey Carlassare.

Can you introduce yourself to our readers?

Hello everyone, my name is Geoffrey Carlassare, I am 25 years old and was born in a small village of around 400 inhabitants in Savoie. I live in Paris now and I am an actor.

Can you discuss your first experiences before coming to Paris?

My mother decided to enroll me in a week-long discovery course at a circus school called Arc en Cirque when I was only 9 years old and discovered an incredible universe there. At the end of that week, I didn’t want to go and stayed in this school for 8 years. From juggling to balancing and then at the same time, without forgetting the acrobatics on the ground and in the antenna. At 17, even though we were improvising and performing on stage, I wanted to go further by providing lyrics. I then decided to quit this school and dedicate myself 100% to the dramatic arts. I started in a small theater course in Chambéry and then joined the Conservatoire à Rayonnement Régional de Chambéry the following year. Since the theater inspires me every day, I decide to leave my home country to land in Paris. It was in 2017.

And have you been smiling at luck since you arrived in Paris?

We can say that yes * laughs *. A new life begins for me in Paris. I don’t know anyone, I’m lost in this crazy city. But not a question of wasting a second. For the first time I discover the subway, the tram and this new life far away from my little mountains. I had hardly signed up for the Simon course for intensive professional acting training. From my first month in the capital I met someone who offered to help him one evening at the Mathurins Theater to look after the artists. There I meet a young person my age who uses my phone number, a real opportunity, because thanks to him I am called a few days later to offer me a resumption of the role in a small Parisian theater. Here I would take my first steps in the Parisian scene! This was followed by roles in short films and on television before I had the chance to make my Netflix debut on The Revolution.

Have you ever had roles or contacts with Netflix, or was this your very first contact with Netflix?

This is the first time I’ve had the opportunity to film for a series on the platform and I’m very happy with this first experience.

How would you summarize the La Révolution series?

An uchronic series at the time of the French Revolution. The rest is to discover, but the series is worth a look as you will inevitably become attached to the characters.

How did you react when you knew you were going to play a character in this new series?

That evening around 10 p.m. I received a call to offer to play the character of a nobleman. I was very happy, I couldn’t wait for filming to start! It’s a great opportunity for me to be on a historical series. This allows me to add a new string to my bow and expand my playing range.

What role do you play in the series The Revolution?

I play one of the nobles who appears on the screen but I can’t say any more, it will be necessary to watch the series. I’m counting on you to take a day off and find out if it’s not done yet * laughs *.

What do you think of the sets and costumes used on the show?

I loved ! Most of the time I shot in extraordinary locations. It’s a chance to discover French historical locations and not just shoot in the studio. Make no mistake, I love studio shooting but I had to enjoy the outdoors before I got locked up. We were also in period costumes. I really believed in it!

How did the shoot go? Have you connected with other actors / team members?

Yes, I got to meet other actors who I could talk to quite a bit in between scenes. The team was very attentive, friendly and hard-working. Really a lot of professionalism! I kept in contact with several people whom I would like to meet at other shootings in the future.

What would you say to people who are still reluctant to watch the series?

Do not be afraid of the French novelty, it is, as I said, an uchronic series that looks back on a significant event in the history of France. The series will appeal to the curious, just let yourself be carried away. History buffs will be delighted with the quality of the sets, while those looking for entertainment that meets their expectations will be fully satisfied with the quality of the script and staging. And I’m not even talking about special effects! They will be there, believe me.

Can this role be a stepping stone for you?

I’m sure ! The series will have the success it deserves. For my part, I will continue to go where I am not expected. I’m interested in all of the different types of roles and I really enjoy discovering new writers and directors. I will continue to improve my English to stay open to any suggestions that may be made to me, including internationally.

What are your future plans ?

I would like to join the CNSAD (Conservatoire National Supérieur d’Art Dramatique), but given the current health situation, the competitions will be postponed for the time being. However, I am still being trained by Christophe Lavalle, actor and director. I’ve just made a medium-length film and I’m still working closely with my artistic agent to continue my career.

If you want to contact Geoffrey Carlassare alone or find out more about him and his career as an actor, you can go straight to his Instagram site.