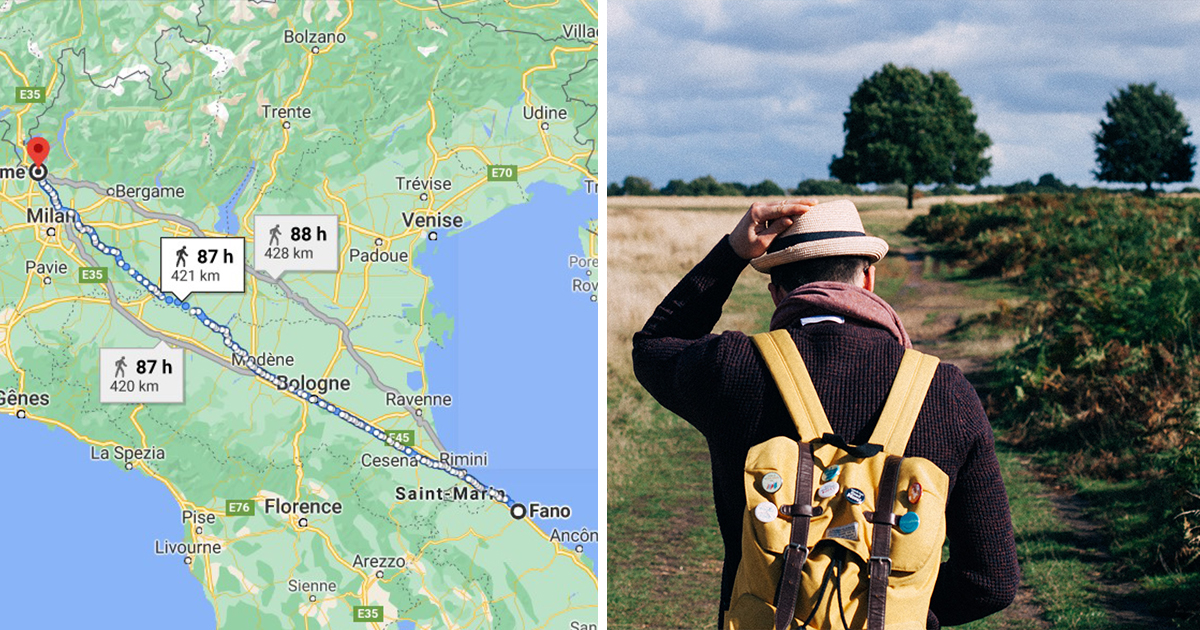 If you sometimes find it difficult to relax after an argument, and soft music or yoga don’t really work, you may be one of those people who feels the urge to run or run to let off steam. If so, the story we are telling you here should speak to you. An Italian recently decided to take a very long walk after a rather heated conversation with his sweetheart.

Quite a grueling journey

Angry after an argument with his wife, a man of Italian descent made headlines by walking nearly 450 km “to cool off”. He was eventually arrested by the police and fined 400 euros for breaking the curfew. The 48-year-old said he felt the need to take a long walk (about a week) to ease his anger, not to get mad at his wife and to forget about the argument. The man lives with his partner in the city of Como near the Swiss border and has traveled to Fano, a city on the Adriatic coast.

The man arrested by the police finally said:

I’m fine just a little tired. I came here on foot, I didn’t use any means of transport.

The police, who arrested our man at two in the morning, could hardly believe he had been walking for so long. However, after a check they had to face the facts: his wife had actually testified that her husband had been missing in the city of Como for a week.

Photo not representative of the trip described in this article.

Italian media reports that the man was cold and looked very tired, but was still clear. However, he admitted he did not realize the length of his journey. He also said that he was fed by strangers during his walk.

Baerbock to the Bundeswehr: «We must not shrink back» | Free press

It is not yet known whether José Raposo will return to take part in “Patrões Fora”.

Facebook is accused of killing people by Joe Biden, the company replies