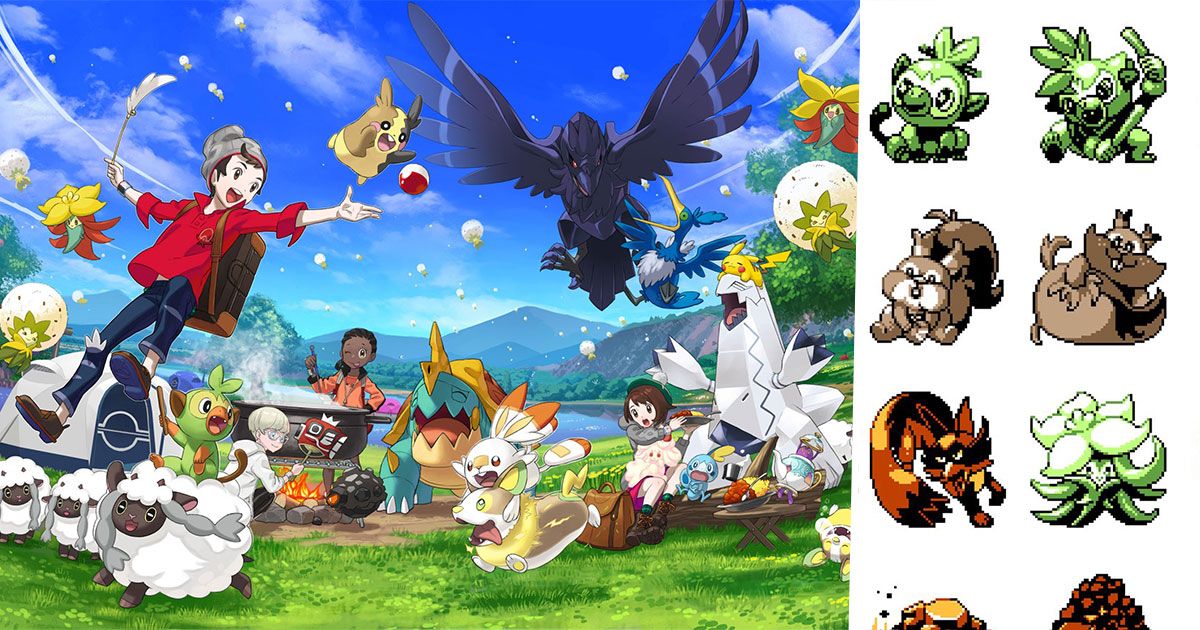 With the releases of Pokémon Sword and Shield, Pokémon fans were able to take the lead in the Galar region. The eighth generation of Pokémon awaited them there, ready to harness the energy released by the fountains arranged here and there. But this generation also took advantage of a make-up break under the brush of a talented pixel artist. Current Pokémon with Game Boy graphics? It can be discovered a little further down.

current Pokemon that appears to be from a Game Boy

Pat Ackerman, illustrator and pixel artist, has been mixing his love for Pokémon with his passion for drawing for several years. When the launchers of the Pokémon Sword and Shield versions were announced, Ackerman didn’t hesitate to redesign them more pixelated, in a style reminiscent of the Game Boy versions of the franchise. And on January 20th, the artist announced via his Twitter account that all Pokédex in these versions were finally finished with pixelated sauce. We therefore find the 117 eighth generation Pokémon with of course the new creatures that the DLC has brought.

Pokémon that seem straight out of the portable consoles of the time, consoles that currently tend to collect dust in a drawer, box or window. Ackerman strove to make his accomplishments as faithful as possible. To achieve this, it was modeled on the sprites from Pokémon Yellow, which were published in June 2000.

“When I made these designs, I used a 56 x 56 canvas, the original size of the Pokémon sprites red / blue / green / yellow. I also stuck to the yellow color scheme. I’m very interested in posing Pokémon as this was used to really define their character in front of 3D models. I’m trying to make them dynamic and show something unique about these Pokémon. “Ackerman told Kotaku.

Ackerman didn’t stop at the eighth generation, however. A Milobellus and a Noctunoir can be found in pixel art on his website, which exhibits the various creations, whether or not related to the Pokémon universe. More stylized versions, numbered, accompanied by the type of Pokémon and, in particular, the console on which it appeared. If you want even more, you can go to her Instagram account here.

Braun: «Debt brake not complied with in the coming years» | Free press

The tug of war over the Brexit Trade Pact: Now the bosses must take action

Aladdin, The Aristocats, and Peter Pan are now banned from children