Amazon is responsible for this new hit to Micromania 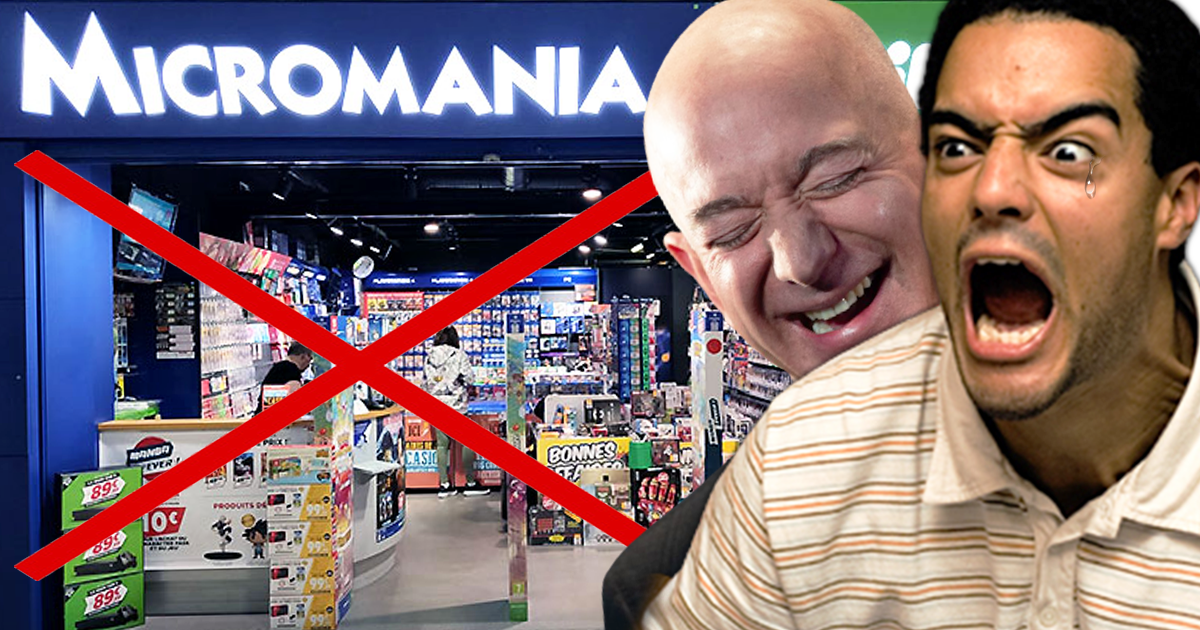 The Micromania-Zing company is currently in turmoil after it was revealed that many of the latter’s stores would be closing in France. We take stock of this event and the reasons that led the company to close so many stores.

The closure of many shops announced

The specialized brand Micromania, which was acquired by American giant Gamestop in 2008 and now known as Micromania-Zing (after merging with Zing Pop Culture in 2017), currently has 399 local outlets. However, five years ago the brand had 30 more stores and new losses will soon be unfortunate as 47 new stores will close and 130 jobs will be cut. Journalist Virgile Rasera conducted the research for Gamekult and was able to get his hands on a document sent internally by the company.

This document reiterates that the company is keen to “eliminate the use of forced expulsions,” and advocates expulsions without replacement, even handing them over to those affected. This relatively massive closure is worrying, and the reasons that led to the phenomenon are fairly clear.

Micromania has been suffering from a very unfavorable economic environment for several years, and the latter is not only due to the general dematerialization of games, but also and above all to the very large influence of Amazon, which continues to grow. The merger with Zing Pop Culture, a company specializing in derivative design, should revitalize the machine, but not everything has improved.

In addition, according to Virgile Rasera’s investigation, which brought to light several testimonies from former employees of the sign, working for the company Micromania-Zing would be pressure, since management would put constant pressure on the employees in charge of sales. The testimonies also mention harmful practices such as promotional packs, which are sold without advertising and only allow for inventory clearance. And if you want to know what a big fine the company had for not respecting its customers, you can read our previous article on the subject.