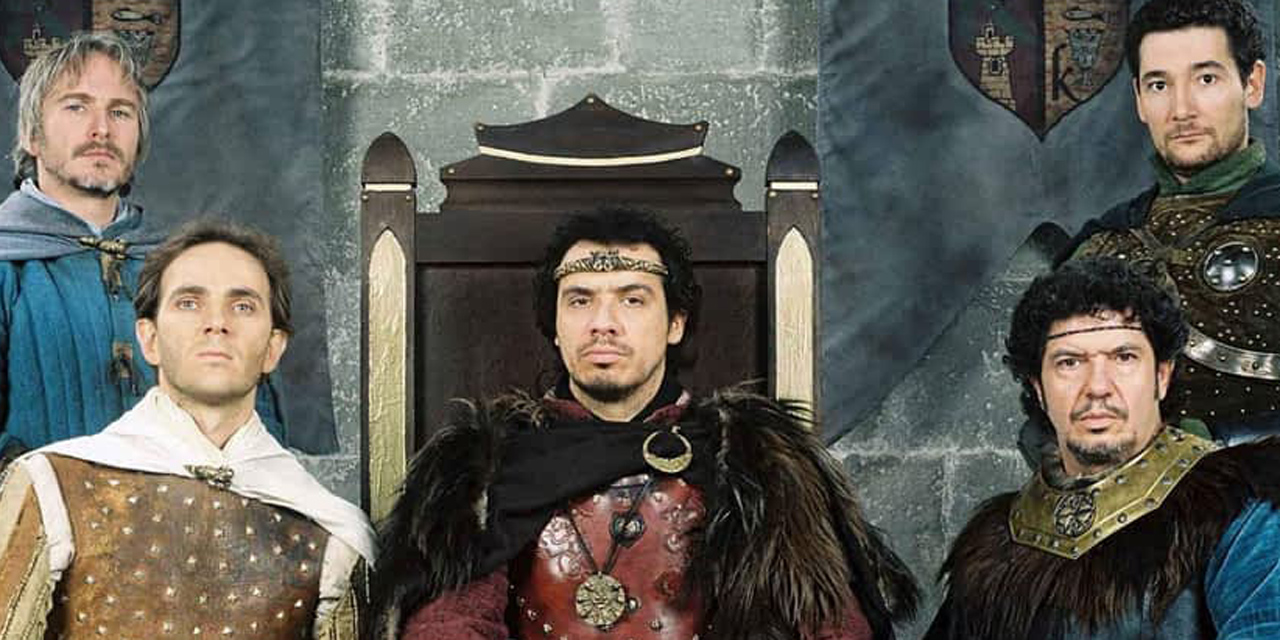 Kaamelott is a real phenomenon in France and continues to surprise us twelve years after the series ended. While we are desperately waiting for news of the film Kaamelott: Premier Volet, which still has no release date for health reasons, an actress in the cast creates a strange connection between the Alexandre Astier series and the South Park series.

The film Kaamelott: Premier Volet is still delayed. While the release date seemed so close (November 25th), the Covid-19 passed and Sinus postponed the release of the film. He sadistically played with the patience of the fans, who were tested after waiting eleven years. Especially since its creator, Alexandre Astier, is a true master of the clocks and ensures that nothing shines through the intrigue and jealously guards the slightest of its secrets.

For comfort and patience, fans can read and reread the various interviews with Astier, Première or Historia at any time, hoping to find a clue at the decimal point that they would have missed during their first thirty readings. Or find fewer exchanges with other team members.

In one of his last videos, videographer Thomas Combret (who has appeared several times on his friend Inthepanda’s channel) interviewed actress Joëlle Sevilla, mother of Alexandre Astier, who plays Dame Seli on the series. An absolutely fascinating half-hour interview in which the actress, who founded the drama school’s drama school, and the videographer, who was one of her students, return to the theater, the profession of actor, but also to the production of the Kaamelott series. (We strongly recommend that you check out the video which is very rich and also the other Thomas Combret videos, especially his The Actors series.)

Joëlle Sevilla explains how the Kaamelott series was a miracle, a “UFO” and undoubtedly benefited from a “boost of fate”. In fact, Kaamelott was created under production conditions that, according to the actress, would be “unimaginable today”.

Joëlle Sevilla: In the series it was normal that we had the text in the morning. Because he also finished writing it …

Thomas Combret: I wonder if it would be possible for something like this today …

Joëlle Sevilla: I don’t think so, no …

Thomas Combret: … where the guy shows up in the morning with the text and the prods in “Oh, he hasn’t written anything!”

Joëlle Sevilla: There was a helping hand from Destiny because it is true that today it seems inconceivable to do so.

As Joëlle Sevilla and Thomas Combret indicate, Alexandre Astier and his teams have defied all production rules. A feature that brings Kaamelott closer to another cult comedy series: South Park.

As Thomas Combret points out, South Park’s production conditions are essentially similar to those of the Kaamelott series. The videographer known for his great Cinephilia mentions the documentary Six Days To Air in particular, in which we follow the production teams who manage to write, draw, animate, dub and broadcast an episode of the series in just six days. Thomas Combret specifically mentions the fact that the members of the team often air the episode a few moments before it airs on television. Joëlle Sevilla replied that it was sometimes the same on Kaamelott’s side …

This anecdote reminds us that Alexandre Astier’s series is actually a television UFO. I am not satisfied with suggesting an iconoclastic series that is more reminiscent of the Holy Grail! Monty Pythons as John Boorman’s Excalibur, Alexandre Astier, has also dynamized the rules of production and imposed its own rhythm on the M6 ​​group. Proof that Astier is definitely a very free artist!