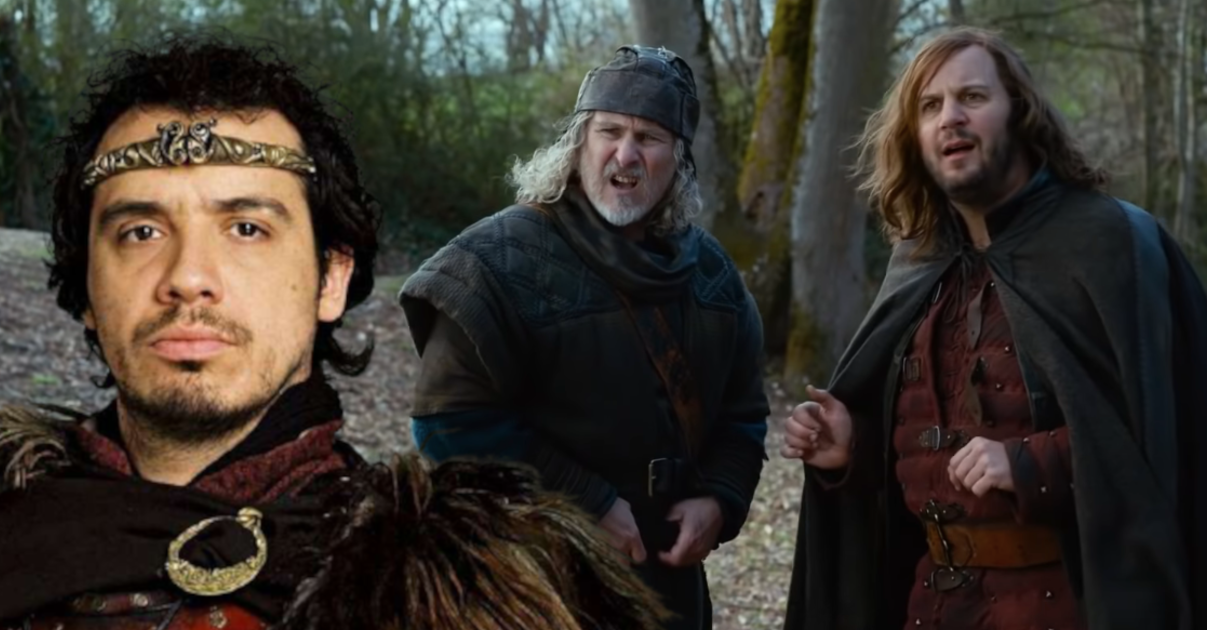 Yesterday, on the set of Quotidien, Alexandre Astier, the director of Kaamelott, came to speak about the success of his film in French cinemas. But he also spoke about the rest of his trilogy, with an announcement that is mysterious to say the least.

Kaamelott is a real box office hit with 2,500,000 viewers in France and has easily picked up the adventures of King Arthur and his Round Table, whose 6 seasons and 458 episodes of the series have been broadcast on M6 since 2005.

The progenitor of the saga, Alexandre Astier, was a guest at Quotidien yesterday for the resumption of the season. Confronted with questions from Yann Barthès, the enigmatic always spoke of his career, of the implementation of the sanitary pass and its effects on his film, of Arnaud Klein and his attempt to set an audience record (currently 162 out of 200 promised times), but also of the rest the trilogy.

And on this subject, Astier confirmed the holding of a second part, but also provided additional information and very mysterious:

Maybe the two of them won’t really become one two or something like that. ”

First, say hello to Astier for his skills in the art of teasing. But what should we understand by this punchline? Will the second part be split into two very different parts, like The Hunger Games 3 or Kill Bill Vol.1 & Vol.2? Or is it cut into two different stories and / or storylines?

A reaction that did not fail to question the fans who responded on Twitter.

@AAstierOff goes to @Qofficiel. If I’ve interpreted correctly, will we have Lancelot’s youth as Kaamelott 2.5, Rogue One style?

@AAstierOff I just read that the second part of Kaamelott could be in part 2. I didn’t dare to say that the editing of the first part was “badly influenced” by the time limit of the cinema! You could even cut all the scenes and …

Indeed, but it was vague about that …

It reminded me of Avengers Infinity War or the last two Pirates of the Caribbean by Verbinski, which have the same story but in 2 very different films

But nothing official at the moment

But also that the 2 could also be gone ud83d ude09

The noises of the corridors are reminiscent of the constraints associated with the cinematographic medium. It is true that with such a panel of signs, and therefore lines, the provision of a second part would make it possible to emphasize its characters more strongly.

Also, Alexandre Astier had told BFMTV when the film was released that he wanted to be part of the heroic fantasy genre for its second installment. Words to BFMTV:

It should, yes. In any case, that’s the point of the trilogy game – to develop the saga into something more and more powerful, more and more visual. […] There is a will that the Arthurian gesture, mine, should be continued more and more clearly in a heroic fantasy.

So is it a gender issue? Astier would have the luxury of offering a sequel to Kaamelott, but also a second part that turns to the heroic fantasy and is therefore more daring, especially graphically.

Regardless of this, all of these assumptions have to be made in retrospect, as nothing has yet been confirmed. In the meantime, when you’ve seen the first part, it’s time to test your knowledge on this quiz.