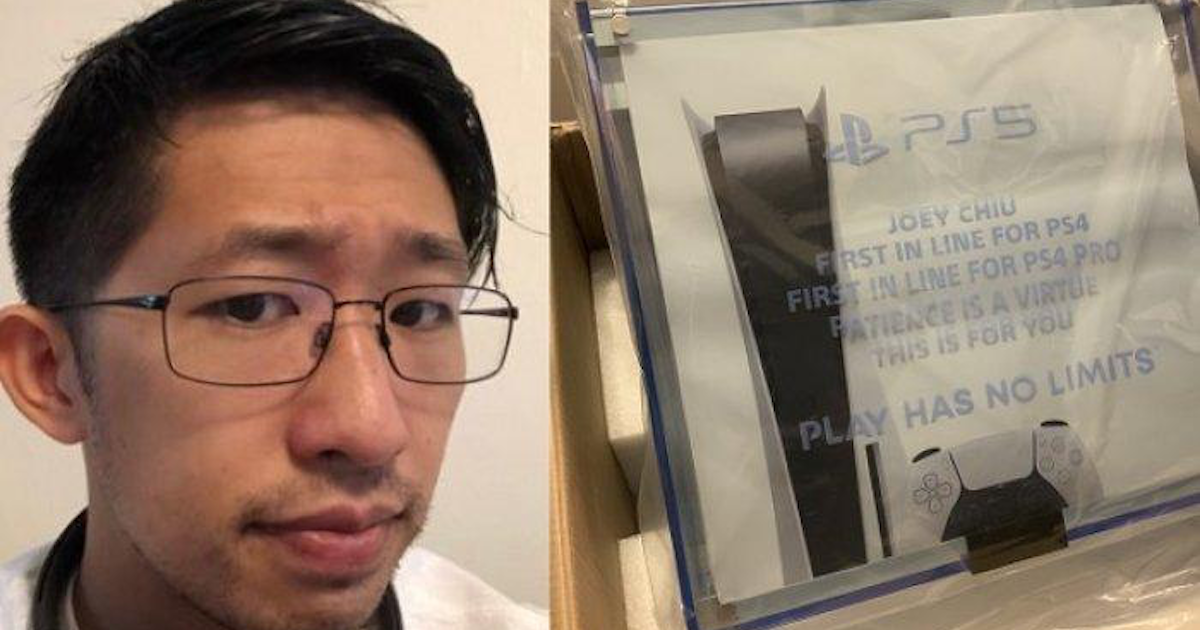 In 2013 he was in New York for Sony’s PS4 launch. Relaunched for the PS4 Pro in 2016. The one we’re talking about is Joey Chiu, the man who was the first in line to buy the consoles from the Japanese company. If he wanted to repeat the feat this year with the release of the PS5, he couldn’t get in the queue to triple it as Sony didn’t organize an event for the PS5 launch due to the health situation. However, Sony Interactive Entertainment decided to reserve a nice gift for this player.

Initially for PS4 and PS4 Pro, he will be the first player to own the PS5

With the Covid-19 pandemic not allowing Sony to kick off its next console with an event like it did on its previous PlayStation, fans of the brand won’t be able to queue up for the day the PS5 launches . Too bad for Joey Chiu, who is known to be the first player to have the PS4 in 2013 and the PS4 Pro a few years later.

For those who may not remember when the PS4 hit New York in 2013, Joey Chiu waited in line to buy Sony’s new console and ended up on the stage next door, Andrew House, then Sony President, and Jack Tretton, managing director of Sony Computer Entertainment of America. The company then decided to personally deliver the brand new console to him.

Obviously, due to the Covid-19 pandemic, there won’t be a start with great fanfare for the PS5 this time. Sony uses social networks to create the event.

So the company decided to give Joey Chiu a nice gift by offering him the very first PS5 to make history repeat itself! When Joey shares on his Twitter account, he had the nice surprise of receiving his console on November 10th in a plexiglass box on which we can read:

With this lovely gift from Sony, Joey Chiu is the first player in the world to own the PS5. In the meantime, you’ll have to wait on your side to pick up the new console from the Japanese company. Just a few more days … and if you want to know where to order it, here are the 4 stores that will have stock on the day of launch.

the new “Pickle Rick” of season 5 is even more barge