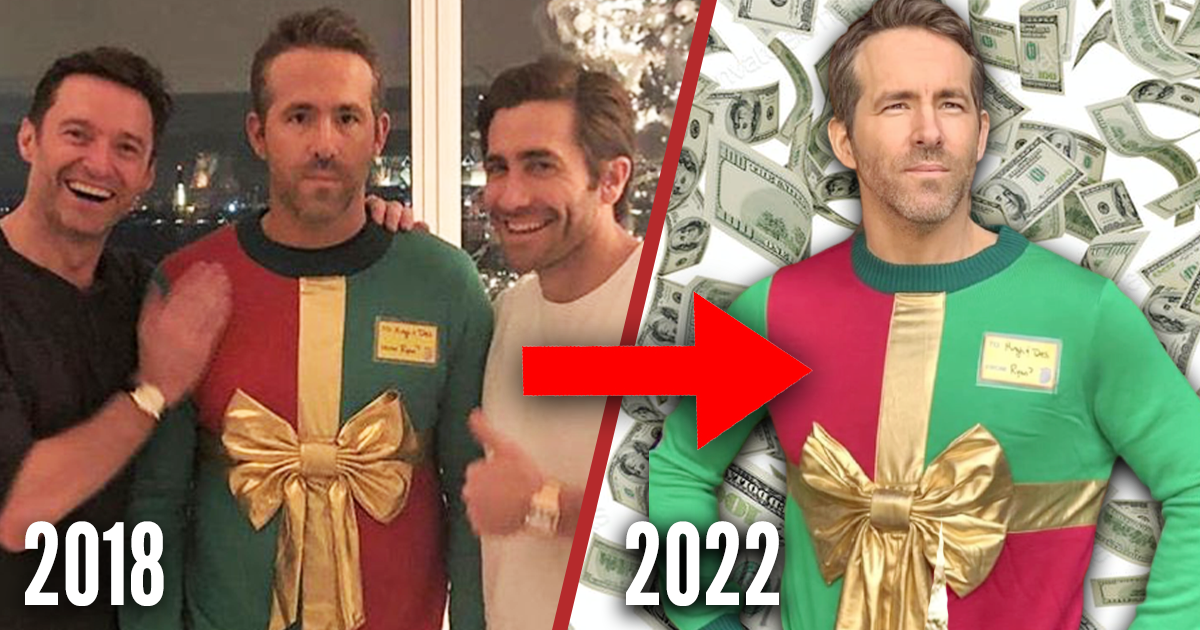 Everything goes back, of course, to the farce that Hugh Jackman and Jake Gyllenhaal played for the star. In 2018, the two Reynolds convinced they would all go to a party where the attendees wore ugly sweaters. The resulting Instagram photo that went viral shows Jackman and Gyllenhaal laughing as Reynolds stands between them dejected, wearing a ridiculous red and green sweater adorned with a gold bow.

Since the prank, the sweater has become the unofficial trademark of the “Help Ryan Help SickKids” campaign, the proceeds of which will be donated to the hospital. And actor Ryan Reynolds recently announced the success of his 2021 initiative on Instagram, telling followers that he helped raise more than $ 850,000 for the hospital. The post, which shows the actor triumphant (wearing an ugly Christmas sweater) also thanked Samsung Canada, which donated $ 100,000 to the cause, and the Toronto Maple Leafs (an ice hockey team), who auctioned ugly Christmas sweaters of players.

A beautiful story that ends well, and that’s all the magic of Christmas. And if you want to know how Hugh Jackman previously trolled Ryan Reynolds (again) on his birthday, you can check out our previous post on the subject.

The French team Vitality was sentenced to a very large fine