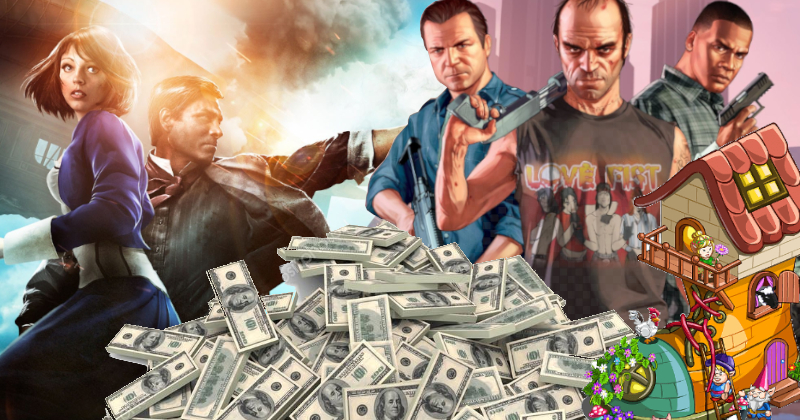 Video games may be a very popular hobby, but above all it remains a very lucrative but also very competitive sector. The biggest publishers often enforce their law, sometimes through large buyouts. One of the industry giants, Take-Two, has just carried out a historic takeover to get another foothold in the mobile game.

The advent of mobile gaming

Since the democratization of the video game, two camps have formed and fought for a war without borders: PC gamers and console gamers. They are often busy struggling to find out which Sony or Microsoft is the best manufacturer. Where the “PCists” offer maximum performance or a large selection of games, the “comforters” rely on significantly more attractive and well-known exclusives.

But with the advent of smartphones, mobile gaming has grown so much that it quickly became the most lucrative. It is therefore only logical that more and more studios and publishers are looking into it, even if it means investing the necessary funds. Proof of this is the well-known publisher Take-Two (GTA, Bioshock, NBA 2K), who has just made the largest buyout in video game history to acquire a mobile publisher.

In 2021 Microsoft marked the year of its coining with the purchase of the Bethesda Studios (The Elder Scrolls, Fallout) for the impressive sum of 7.5 billion euros. But that sum now seems ridiculous, while Take-Two, in particular owners of Rockstar Games (GTA) and 2K Games (Borderlands, NBA 2K), announced the takeover of the company Zynga for 12.7 billion dollars.

If the name Zynga doesn’t ring the bell, it’s an editor behind the hit Farmville games that you might have played straight from Facebook a few years ago. While its popularity has plummeted over the years due to the fact that games that are accessible through social networks are no longer generating income, the company is now focusing on the mobile games market, which nonetheless grossed almost $ 2 billion in 2020.

There’s no doubt that Take-Two will be able to give Zynga a boost, as the latter’s action is already up more than 60% after the New York giant announced its acquisition. However, we will have to wait a few more months – even years – to see if it manages to compete with the industry leaders. Including EA and Activision, the latter having already bought the King Studio (Candy Crush Saga) in 2015.

Batalha cinema returns in 2022 (and with a new life)

After all, why does JK Rowling hardly show up at the “Harry Potter” reunion?