The Courier
HomeTechnologyAfter Doom and Rampage, Dwayne Johnson will star in a new video...
Technology

After Doom and Rampage, Dwayne Johnson will star in a new video game adaptation 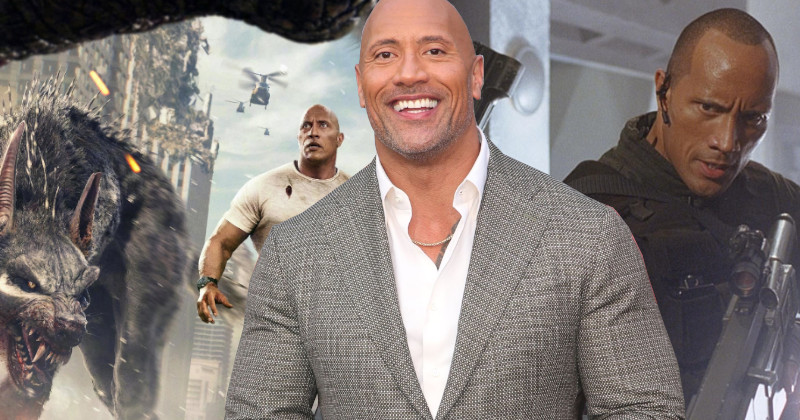 Dwayne Johnson’s transformation into a Hollywood actor is extremely successful as the former WWE star is now one of the most bankable figures in the industry. Logically, then, that he joins the big budget projects. This time he’s taking on the adaptation of a video game that he really likes.

Dwayne Johnson is definitely a busy man! He, who is currently working on Red One, a Christmas movie for Amazon, already has plans for the future. A future that is closer than you think, because parallel to Red One, the former professional wrestler explained that he is currently working on another project. An unexpected announcement made recently during an interview for Men’s Journal magazine, in which he also returns to his role as Black Adam in the DCEU in one of the films not to be missed this year.

So we have a superhero movie and a Christmas movie, so Dwayne Johnson seems to want to mix up the joys. Well, don’t expect a dramatic auteur: It’s most likely going to be a hard-hitting blockbuster, as the 49-year-old actor is set to star in a new adaptation of a “hard-hitting” video game. .

While not known as a geek like Henry Cavill, Dwayne “The Rock” Johnson remains a gamer in his spare time. He has previously starred in video game adaptations with Doom in 2005 and Rampage in 2018. Films that clearly didn’t have overwhelming critical acclaim, quite the opposite. The actor did a better job in 2017 and 2019’s Jumanji, which featured his character in a video game. It’s better than nothing.

Anyhow, as always, he is extra confident and proud to declare that “we’re going to bring one of the biggest games to the big screen, the sickest, a game I’ve been playing for years”. Under the genre “badass” (literally “tough”) we already imagine games that are particularly unsubtle and focus on action. A style that can work very well in video games, but that must be carefully adapted to cinema or it will fail bitterly. Whatever it is, this adaptation should stay true to the base game, if we are to believe the words of Dwayne Johnson, who has every intention of “doing honor [ses] players” and at the same time “a great film”.

Which game is adapted?

As for the game our friend is talking about, it’s difficult to make predictions as it remains vague for the project in question. However, we do know that he has worked with Xbox in the past, a fact mentioned during the actor’s interview with Men’s Journal: For those who don’t know, whoever was just starting his acting career at the time was at the Page of Bill Gates at the official presentation of the very first Xbox on January 6, 2001.

So maybe we can expect an adaptation of a flagship saga from Microsoft’s console, like Gears of War or Halo, franchises that don’t hesitate to speak powder. In any case, an official announcement should be made by the end of 2022, according to the client concerned.