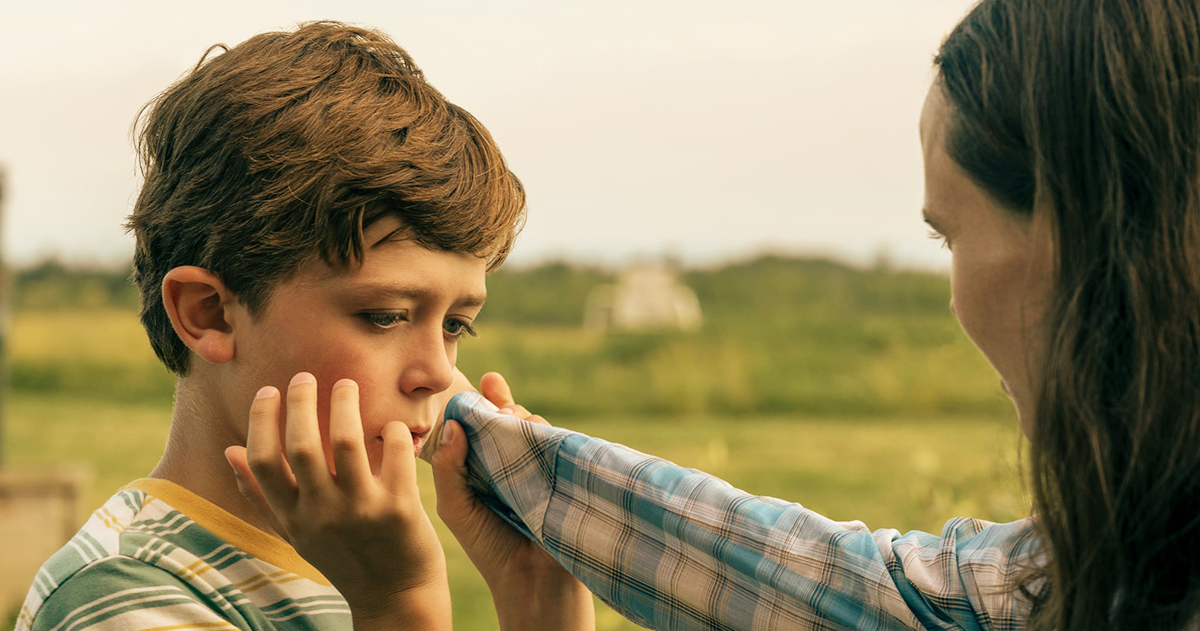 Warning: If you have not seen the second season of Umbrella Academy, we recommend that you stop reading here.

The end of season two of Umbrella Academy gives us a clue of some facts for season three, like the idea that Grace and Pogo will be very different in the coming season or that we should have realized it earlier than The Sparrow Academy appear soon. One question, however, was not addressed at all, and that was the birth of our superheroes. As a reminder: 43 children were born worldwide on October 1, 1989 to mothers who were not pregnant. We follow seven of them through to the second season, in which we discover that Lila, the daughter of La Directrice, is one of the thirty-six other children who are still unknown. She would therefore be the potential number 8. All of these children were born with powers, we learn that from the first season. But is that the truth, and if so, why would Harlan be the only exception on the show? We take stock of the new theory that Harlan immediately associates with the powers of our seven favorite Umbrella Academy characters.

Harlan in Season 2 of the Umbrella Academy

Among the questions that go unanswered is the question of the source of the power of the forty-three children on everyone’s lips. A new theory suggests seeing Harlan Cooper as the starting point for the whole story of the Umbrella Academy. Harlan is a young boy, an autistic teenager, who grew up in suburban Dallas, Texas in the 1960s. He first meets the supernatural (or as you might think) when Vanya Hargreeves walks in on his life.

The latter, who is very attached to Harlan’s mother and the little boy himself, will save his life after drowning in a lake. In order to revive him, Vanya inadvertently transfers part of his power to the boy. As a result of this episode, as we saw on the show, Harlan can affect the world based on his emotions, much like Vanya. The young man is struggling to control his power, just like Vanya did at the end of season one.

The fact that Harlan accidentally gained powers in the 1960s could be the origin of the “Umbrella Academy” phenomenon of the 21st century. At the end of the second season of the series, we are revealed that Harlan retained some of his powers even after Vanya returned to the future. Harlan could therefore perhaps be the starting point for Sir Reginald Hargreeves. After Harlan acquired his powers 26 years before the other members of the Umbrella were born, he could have met Hargreeves, who has studied him since then and then decided to start the academy as we know it today.

In season 1, if we thought that all children were born with powers with it, then Harlan is basically proving to us that it is possible to acquire them in other ways. We don’t yet know the exact process of decentralization, but we do know it exists because we have living evidence of it. Did Vanya succeed in imparting her powers to Harlan because:

She was very attached to him and even had a maternal bond with him? Harlan is autistic? Harlan was dead and the transfer only worked because Vanya raised him.

However, whatever the reason for the transmission, Harlan saw a permanent genetic change in him. It could be that Harlan somehow figured out how this change worked to pass it on to future newborns. This time warp would be a classic: Vanya creates Harlan, who creates Vanya, who creates Harlan, who creates Vanya … A story with no beginning or end. This theory has the merit of going in the direction of the writers who make Vanya the bomb or the starting point of the various apocalypses, depending on how you see it. Vanya always causes cascading disasters that lead to the annihilation of the world, and the fact that she created Harlan, who in turn can create it, would make sense.

Wentworth Miller will no longer play Michael Scofield for a reason