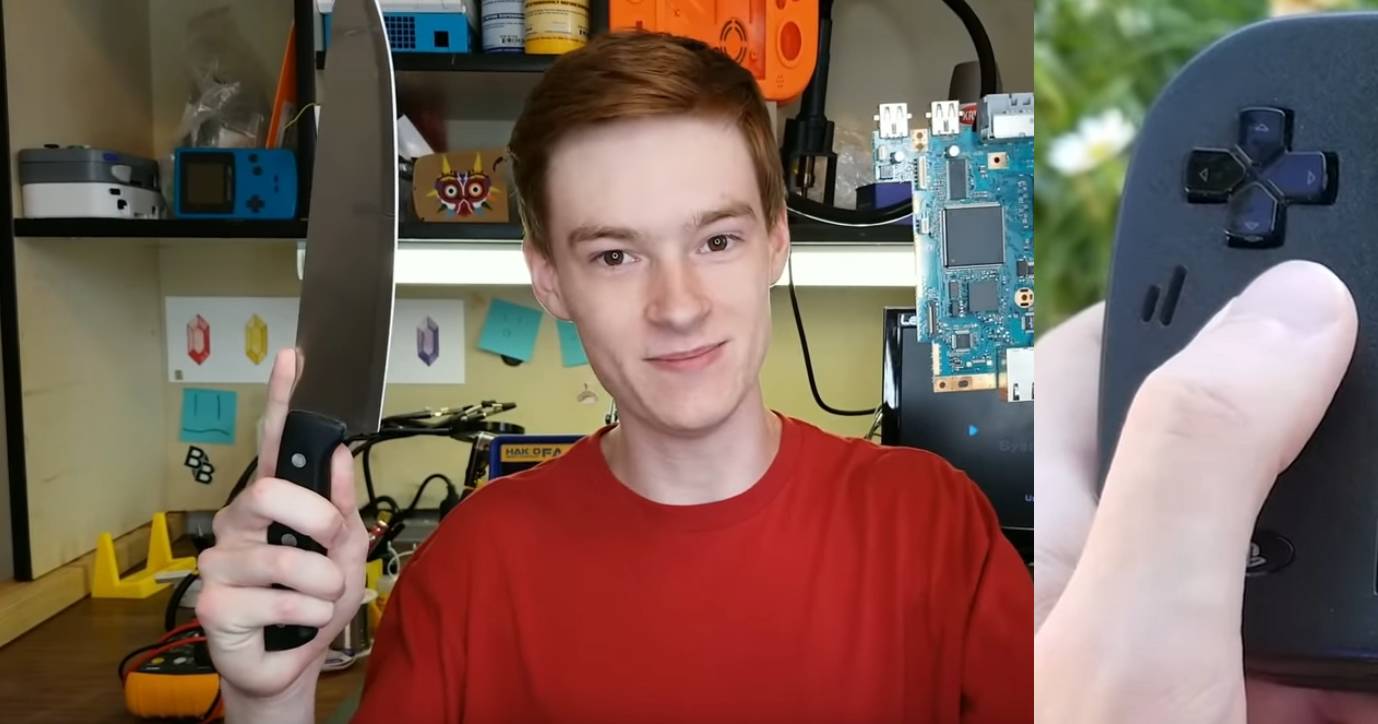 The Playstation 2 is the console that definitely buried the console war between Sega and Nintendo and sweeps away Sega’s weak Dreamcast. With more than 155 million units, it is still the best-selling console in the world to this day. With this success, it’s no wonder that many amateurs and content creators dedicate entire videos and blogs to it. And exactly one of them interests us for this article today.

GingerOfOz: from PS2 to PS2 Eclipse

Youtube is a wonderful world where if you are looking for something there is sure to be a content creator who will satisfy you when the YouTube moderation doesn’t put a grain of salt, like the episode Joueur du Grenier. And you know, if you’re an avid Hitek reader, we love it when it comes to technology, even more so when it comes to manipulating consoles to sublimate them! This is what an American YouTuber named GingerOfOz decided in his last video released this week.

In fact, with more than 50,000 subscribers, this YouTuber is known for producing portable versions of old consoles, mostly the Wii. In his videos, he succeeds in pushing the architecture of the console to its limits, for example to fit it into a housing the size of a Game Boy Color. This time he did the same with the Playstation 2, which he soberly called the PS2 Eclipse. A console that is physically similar to what is currently being done, such as the Nintendo Switch, the Stadia or the very current Steam Deck to which we have dedicated an article here.

could be improved but effective!

In his video, YouTuber GingerOfOz explains all the steps he has taken to make this little gem of amateur tech. Between cutting cards, reclaiming materials elsewhere, or even on other consoles like the joysticks that came from the Switch, and compressing them to save space, there was a need to make concessions on the machine’s relative performance . He explains that there are still some unfortunate shortcomings, such as too long loading times or some games that do not recognize the controller used.

This is not obvious at first glance, because in the age of dematerialization we no longer pay attention to it, but the PS2 Eclipse does not have a CD player, which has been removed for reasons of space. However, GingerOfOz states that this is not about emulation or pirated copies of titles. All games run under very real classic conditions. We can only hope that one day Sony comes across this and decides to take inspiration from it to make up for the failure of the PS1 mini. But for that they would have to recover the prototype of the videographer, who declares that he is ready to sell it for the modest sum of one million dollars.

The PS2: Much more powerful than expected?

Not many people know this story about Sony’s second console. Shortly after its official release, Sony unveiled a kit to install Linux on the Playstation 2! This kit included a 20 GB hard drive, mouse, keyboard, ethernet card, and two DVDs. American researchers from the University of Illinois’ National Center for Supercomputing Application had also managed to create a cluster of 70 consoles to use the raw power of the machine for computations for scientific purposes.

In 2013, the PS2 will no longer be sold worldwide, almost 7 years after its successor, the PS3, was launched. This is one of the reasons why it is still difficult for us who grew up with it to see a retro console already. If you’re ever interested in DIY geek gadget videos then maybe you might be interested in this other Youtuber to whom we owe a working Batgrappin.

Here’s a look inside: pic.twitter.com/GZjGFv6jvb