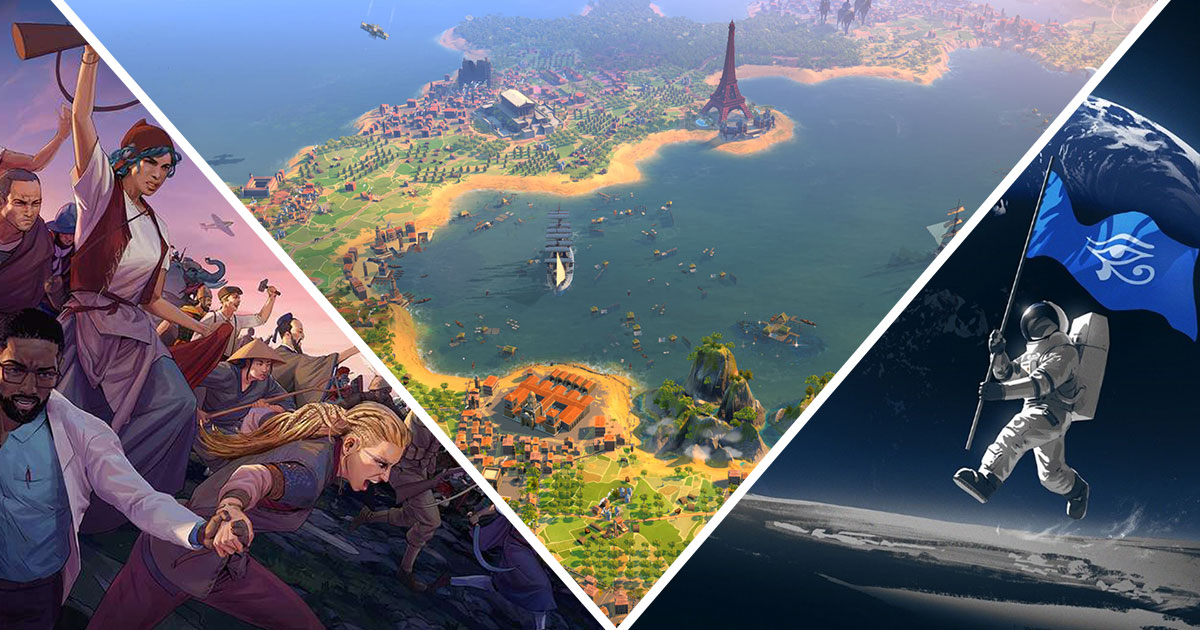 The month of August is generally synonymous with vacation, short break in nature, or even a routine spiced up by above-average temperatures. But the eighth month of the year unfortunately remains an unprecedented video game desert, despite being necessary to fully appreciate the back-to-school releases. Originally scheduled for April, Humankind was released on Tuesday, August 17th. What is this promising 4X signed by the French at Amplitude Studios worth? We’ll see.

History is not waiting for you

On several occasions humanity has been discovered without ever showing too much. From its earliest eras to parts in just 150 rounds, this 4X (for eXploration / eXpansion / eXploitation / eXtermination) was released on August 17th to the delight of fans of this particular genre. A genre that has long been dominated by one video game tenor: civilization. The Firaxis saga continues to rule the world of 4X, although Humankind does not present itself as a competitor, but actually as a very pleasant new IP.

In Humankind you don’t choose a civilization before starting the game, as in many games of the genre, but develop over the course of the eras (Neolithic, Classical, Medieval, Early Modern Era, Industrial and Contemporary) by choosing a civilization with every change the era. So you can start with the Egyptian pyramids before you reach the ports of the Carthaginians in the classical period, then the Ghanaian markets in the following epoch, etc.

As you have understood, your decisions depend on your needs and, most importantly, those of your opponents. Like any good 4X that respects itself, humanity suffers from balance issues. A long-term job that is far from being solved, but still needs to be well balanced from the start. Each civilization has its bonuses, its unique buildings and units, and most importantly, its own buildings that make up the urban landscape. Every change of civilization is visually a remarkable point, especially since humanity is graphically very successful.

The landscapes are sublime, the water is superbly modeled there, as are the military units. In addition to its graphic qualities, Humankind is also characterized by its sound qualities. The sounds of wind and waves, the cry of birds, details that take on their full size when the map is enlarged. A map to explore up and down from the first turns. And for good reason, your first few rounds of the game consist of an intense march to increase the population of your tribe and gain Influence Points for establishing an outpost that will later become a city. or is attached to one.

The first rounds are determined by good luck. And for good reason, depending on your insights, you can unlock your first civilization more or less quickly. And you will understand that some are more effective than others, and having quick access to them is a godsend. On the contrary, if you withhold it in the first few rounds, it can seal your game. Worse, the map of humanity is broken up into numerous territories that you can add to your empire for influence. Areas where different resources, luxuries or strategies are sometimes found. And like its companion Civilization, some military units in Humankind need strategic resources to be produced.

So if you are unlucky enough to not have access to territories with strategic resources, it is imperative that you orient yourself to civilizations whose units do not claim them. The freedom of merging proposed by humanity is not really one, each part forces you to adapt in different ways. Even so, it’s nice to be able to experiment with different approaches to your empire before moving more towards one of the types of victories available, namely military, scientific, by fame, or other secondary avenues.

Fundamental flaws that make humanity a great alternative to civilization, characterized by narrative, soundtrack and random events (which enrich the gameplay) while offering great ideas with their civilization system different from other 4Xs and their territories that can be reattached, or their laws, which allow you to focus on influence or religion before they take a more explicit turn afterwards. However, one of the annoying points of humanity is the notification system, which deserves to be further tweaked. Primary and secondary notifications have the same meaning there and offer a certain indigestible Mi’kmaq once the 10 cities are established. It is difficult to see clearly between the loss and gain of population, the change of religion, the grievances, the loss of stability, the losses at sea and the declarations of war.

With its sublime plastic and soft and processed voice, Humankind stands out as a promising 4X. Not without errors, it offers a very pleasant alternative to the tenor of the genre. But after fifty hours, we’re having a hard time seeing a future replacement for the franchise that has led the world of 4X for more than a decade. And for good reason, in spite of all its qualities, both in form and in content, humanity lacks depth. But like his sidekick, DLC and expansions may allow the Frenchman’s title to be sublimated at Amplitude Studio. It remains to be seen what the Paris studio will offer in the years to come.